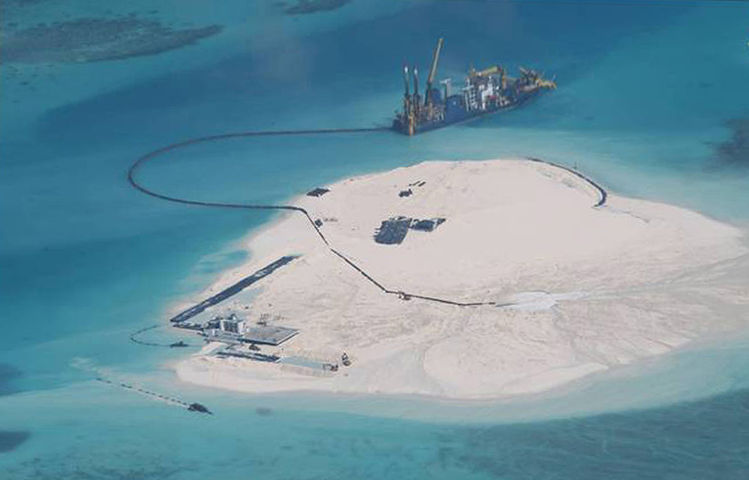 Mischief Reef was discovered by Henry Spratly in 1971. It is rumored to contain vast amounts of gas and oil. Geographically the area sits 105 nautical miles from the Philippines. Since the late 1900’s it has been a source of tension in Asia as claimed territory. However, since January, China has been dredging sand from around Mischief Reef and using up land mass hundreds of miles from China’s shore. The location has been an area of contention between China, the Philippines, Vietnam and Taiwan. Shacks on stilts have quickly been replaced with bulldozers and machinery. China is literally piling sand in these waters at unprecedented rates. This reef is creating quite a political stir. “These will allow Beijing to conduct regular, sustained patrols of the airspace and water, and to attempt to press its far-flung maritime claims as many as 1,000 miles from its shores,” she said. You have to wonder what this political battle is doing to the actual marine life underneath it. So much attention is being placed on the land above the reef, than the marine world below. MORE