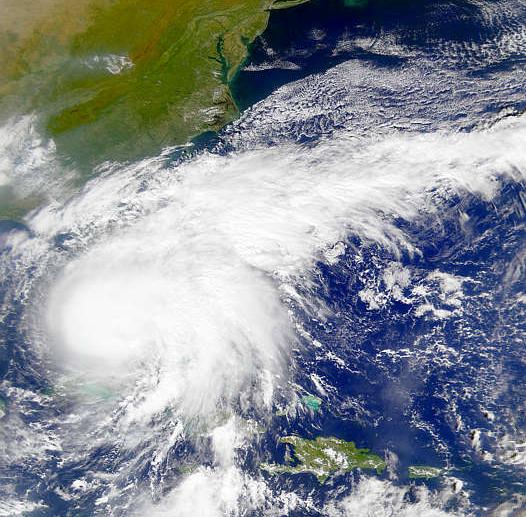 Recently, many of us on the east coast made a new friend; Irene.  While she was not nearly as powerful as we had all feared, she certainly did disrupt normal life for many of us.  On Thursday, two and a half days before a single breeze from Irene’s wrath had graced Long Island, I walked into the grocery store to find it a madhouse.  Bottled water: Gone! Batteries: Sold out! As far as canned goods, the cranberry sauce was still readily available, but not much else.  A generator could not be found in a single hardware store in the area.  I even heard about a fistfight breaking out over the last gas can.  All of this chaos left me with one thought, “Hmmmm, maybe I should be doing something to prepare…”

Aside from the possibility of a giant tree falling on our house, I wasn’t really concerned about the storm.  Having spent the majority of my life in “Tornado Alley” (Oklahoma) and Florida, where a category one hurricane is simply referred to as a strong breeze, I have a general feeling that New Yorkers just can’t handle their weather.  I wasn’t worried about reading by candlelight or even having to “shower” by jumping in the lake for a day or two if we lost power. What I was concerned about was our nano reef tank.

I realized that this late in the game, there wasn’t a whole lot that I could do.  Any generator, battery backup, or battery-powered blower was going to be safely nestled in the home of some more well-prepared fish nerd by this time.  So I prepared by taking three simple steps: I stopped feeding the fish on Thursday evening, I did a massive water change on Friday afternoon, and I got several buckets of R/O water ready to perform daily water changes if necessary.

The storm began on Saturday evening and the winds howled until well into Sunday afternoon.  Overall, we seemed to be one of the lucky few.  Even though as much as 70% of Suffolk County (which is basically the eastern ¾ of Long Island) was without power, we simply stayed inside having a movie marathon as the storm passed, totally unaffected.  Aside from picking up a few small branches and leaves from our yard, there was very little remnant of Irene.  We walked down our block unrightfully pleased with ourselves for avoiding disaster, knowing full well that we really did nothing to prevent it.  As we neared the end of our dead-end street we gazed into the yard of the last house and saw that a fallen tree had taken out their power line. They were the only house in our neighborhood without power.  We returned home and since we were now in the clear I resumed feeding the fish as usual, maybe even feeding a little more to overcompensate for my guilt over needlessly starving them.  All day Monday I was happy to offer up our home to friends and family who, due to the widespread power outages, needed showers, refrigeration, or simply a hot cup of coffee.  However, on Tuesday I received a text message from my neighbor that the people at the end of the street had grown impatient with the electric company and had hired an electrician to fix their downed power line.  This electrician had promptly blown the transformer and now the entire street was without power.

As I speculated as to how many days it would take for our electricity to be turned back on, I wondered how long our fish could live with no filtration and how long our few (relatively hardy) corals could survive without light or flow.  I wished that I had tried harder to find a generator, a battery backup, a battery operated blower… ANYTHING!  How could I have been so confident that we would be fine?  Our poor tank was going to pay for my lack of planning.  Fortunately, as I was wallowing in self-pity at my misfortune, my husband was finding a generator for us that just so happened to be sitting, unused, at his workplace.  We stopped feeding the fish and ran the tank on that for a few hours a day.  As soon as the power returned I did another giant water change, and it seems as though everything has remained unscathed.  However, I now have an emergency preparedness shopping list so that next time I can be saved by my own forethought, and not simply by dumb luck.  If there is one thing I have learned from this experience it’s that you can prevent disaster by taking a few fairly simple steps, but if you do nothing, your tank will crash.

Here are some things you can buy ahead of time to reduce your losses, even if you can’t use these things all day, something is always better than nothing:

Battery Backup:  Similar to what you may have on your computer.  Useful, however will only give you a few hours at best.  Not ideal for situations like this where people may be without power for a week or more.

Generator:  Expensive, bulky, noisy, and will guzzle gas faster than your Hummer, but it works, and works well.

Battery Operated Blowers:  Again, will help for short periods without electricity, but not great for the long haul.

Power Inverter for a Car: The downside is obvious; you have to run your car.  However, you can hook up one pump and let it run for an hour or so every few hours and it will get you through… Of course this is assuming that through creative extension cord finagling you can actually hook the pump up to the car through a door or window.

Here are some things you can do if you, like me, find yourself completely unprepared:

Frequent Water Changes:  Requires only minimal forethought.  You do have to have water available.  If you have some warning of impending doom, a big water change beforehand isn’t a bad idea either.

Agitate the Water Any Way You Can: Whether you are simply moving it with your hand every hour or so, or siphoning some water into a bucket and dumping it back in, any water movement is better than no water movement at all.

Stop or Greatly Reduce Feeding:  A good idea even if you are doing some or all of the abovementioned mitigating steps.

However, if you have an extra $50,000 to $100,000 laying around, you could always just go completely off the grid with solar panels, assuming of course, that you live in a nice sunny place.  Until then, be prepared and good luck!