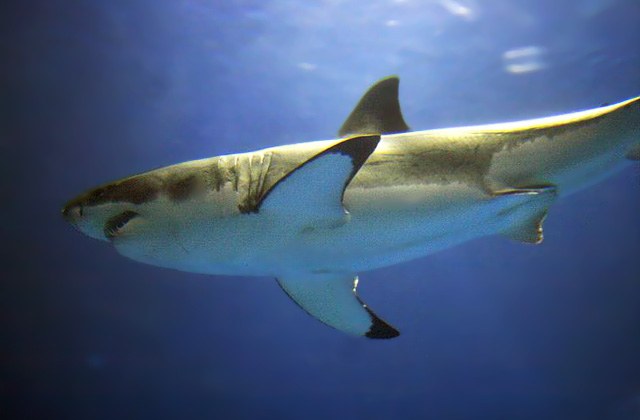 
In 2004, MBA became the first aquarium to keep a great white shark for longer than 16 days.  A female that was accidentally caught by commercial fishing nets was maintained in MBA’s 1.2 million gallon Open Sea exhibit for 198 days (growing 14 inches during her time in captivity) before being released back into the wild.  The shark was released after attacking other sharks in the exhibit.

Since then, MBA has kept five more great white sharks with mixed success.  Some of these were caught accidentally while others were obtained through purposeful collection.  While none died in captivity, some of these finicky sharks had to be released early because they refused to eat in captivity.

MBA officials have decided not to attempt more great white sharks in the wake of increased public pressure to list this species for endangered species protection status.  Also noteworthy is that while the first great white shark at MBA drew in large increases in aquarium attendance, subsequent great whites did not.