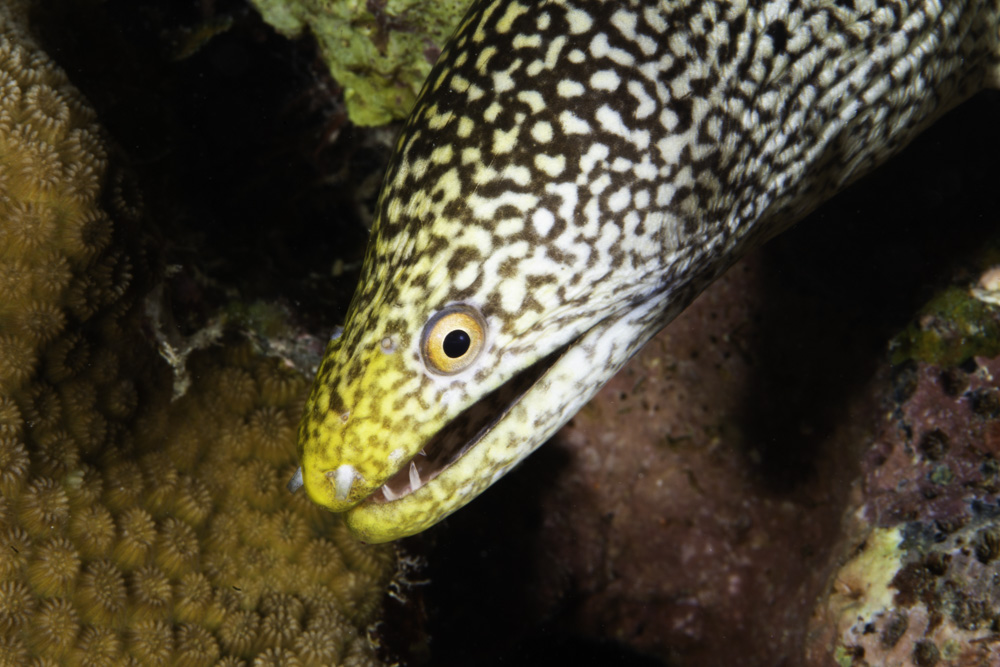 I’ve been sharing images of a few creatures and underwater scenery that I came across on my recent trip to the fascinating island of Mauritius.  As you’d imagine for an Indian Ocean destination, the marine life is extraordinary.  What I hadn’t expected was how many morays I’d come across.

Morays belong to the Muaraenidae family, a group of two hundred or so, mainly marine fishes, all with a similar elongated body plan.  For divers and photographers alike they prove useful, offering interactions with and photos of fish, often large and with impressive arrays of teeth.

Those teeth are built to hold onto prey that the eel catches using the ambush technique, though the species which prey on crustaceans primarily have more rounded teeth for crushing their shelled victims. Most morays tend to spend their time lurking under overhangs and in crevices in the rock and snapping away at passing prey.  This isn’t the technique all of them use though; I’ve seen several of the smaller species hunting just off shore in rocky habitats where the water was only a few inches deep. 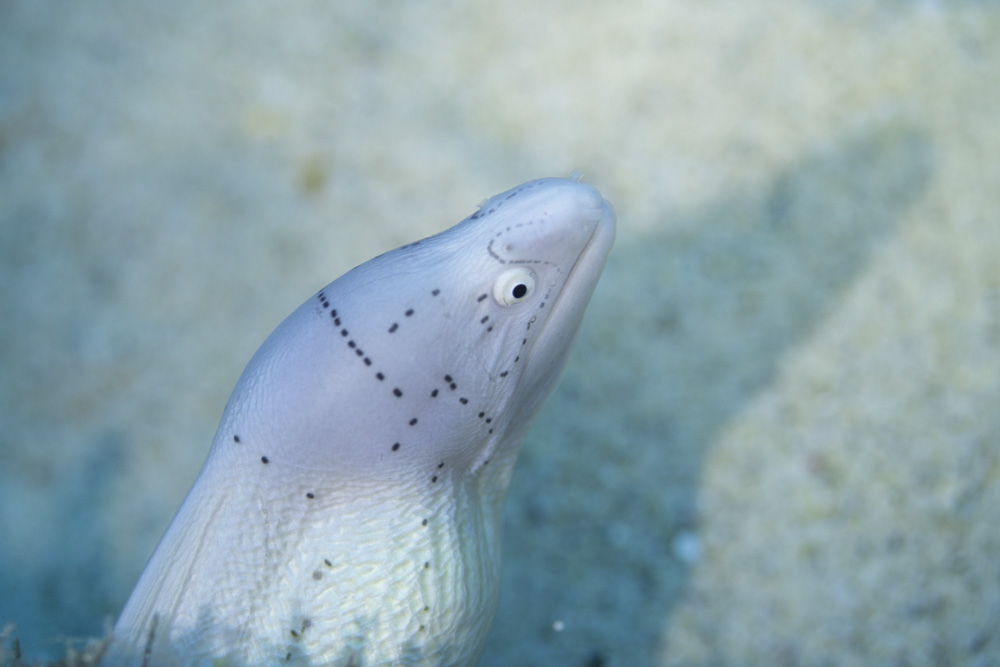 One of the smallest and most attractive is the Peppered moray (Gymnothorax griseus).  I’ve seen this fish hunting in the shallows in the Indian Ocean and Red Sea.  It reaches just over a meter in length. 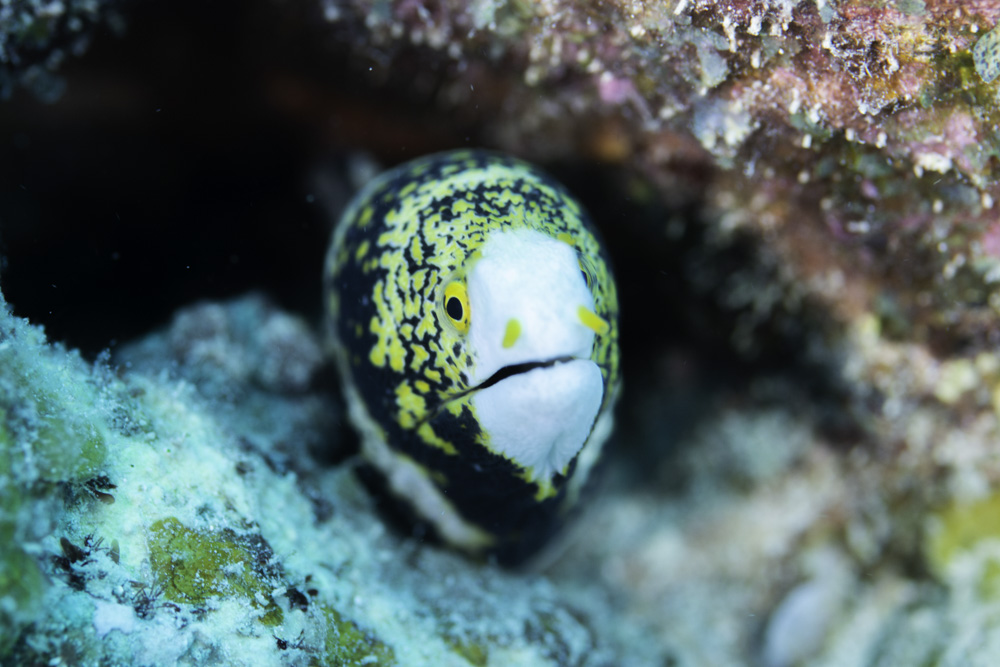 Echidna nebulosa, the Snowflake moray, is quite a good looking beast and may be the best of the bunch for aquarium life, but can grow to a meter and apparently is a well known escaper. 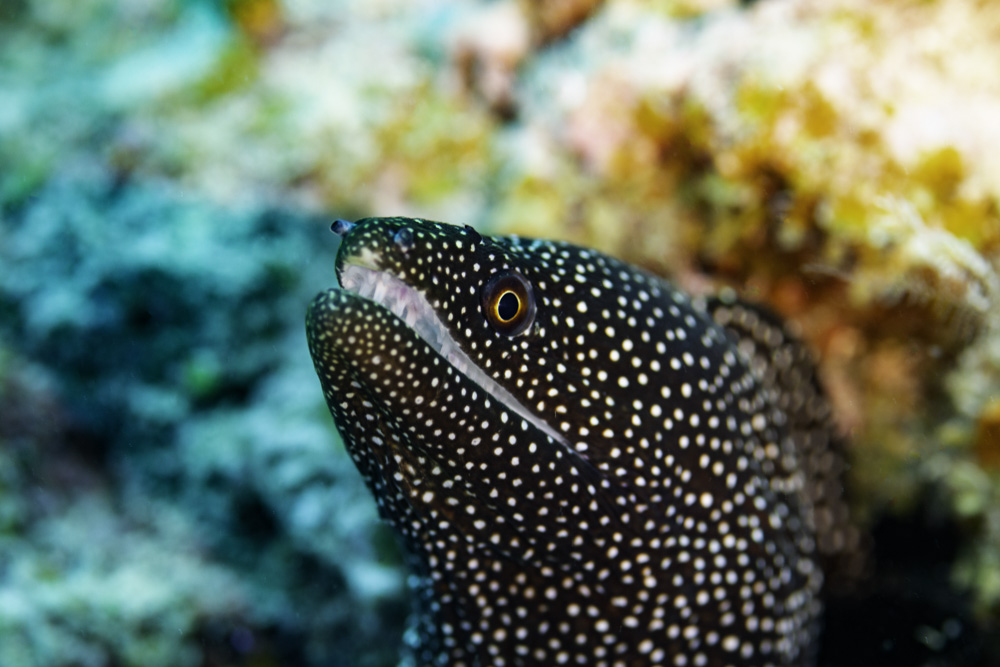 This handsome creature is the aptly named Yellowmouth moray (G. nudivomer).  This is a bigger fish, reaching over a meter with ease.  I have always assumed its mouth color acts as a warning signal. 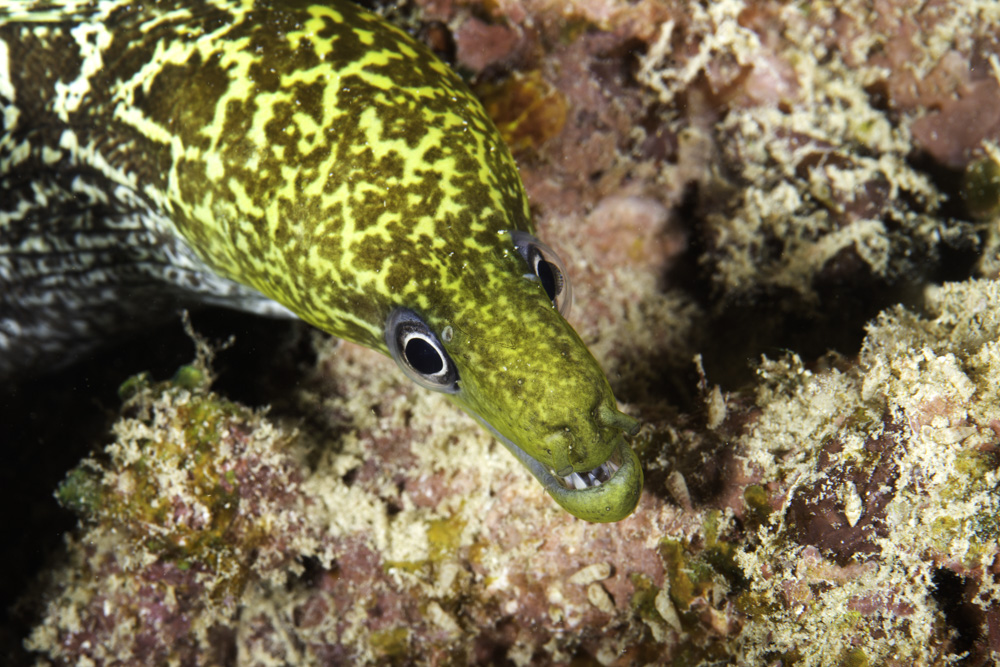 This fish, which looks like it needs to lay off the caffeine is G. undulatus, the Undulated moray.  It is, I believe, a night time specialist, hence those big eyes. 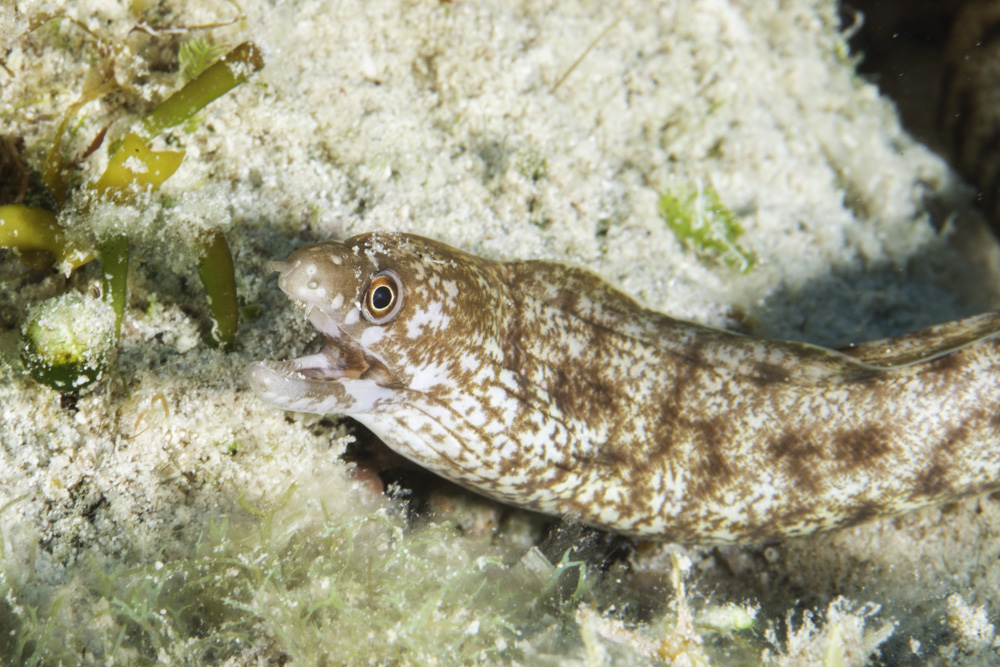 The fish above has me a little confused, but I think it is G. richardsoni, judging by its size and patternation.  Though as ever, I’m happy to be corrected.

My final fish is a favorite of many, G. javanicus, the Giant moray; these fish can reach almost two and a half meters in length and when free swimming are seriously impressive. 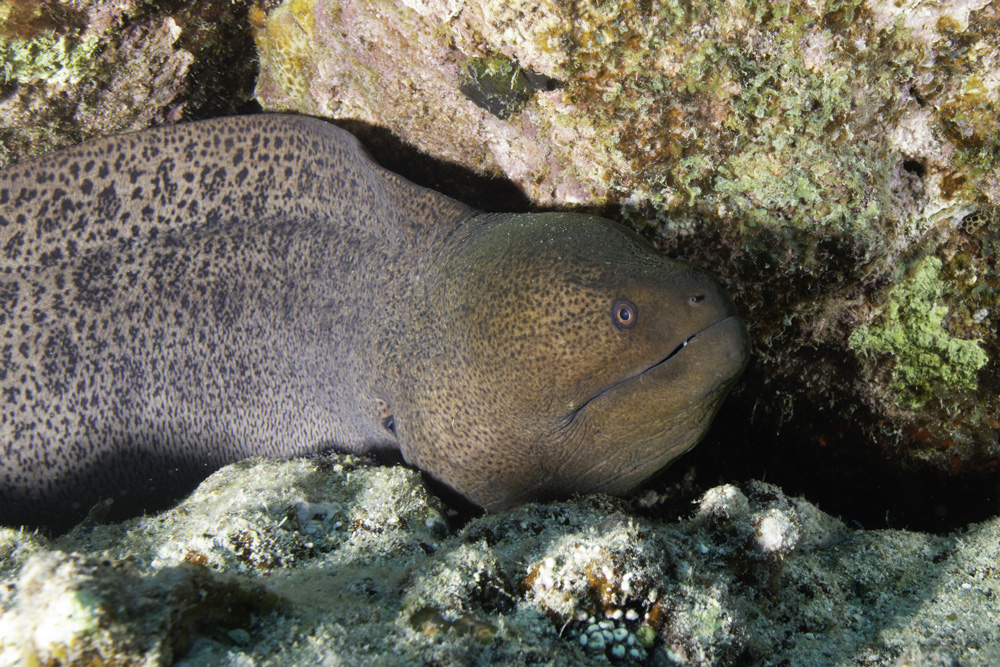