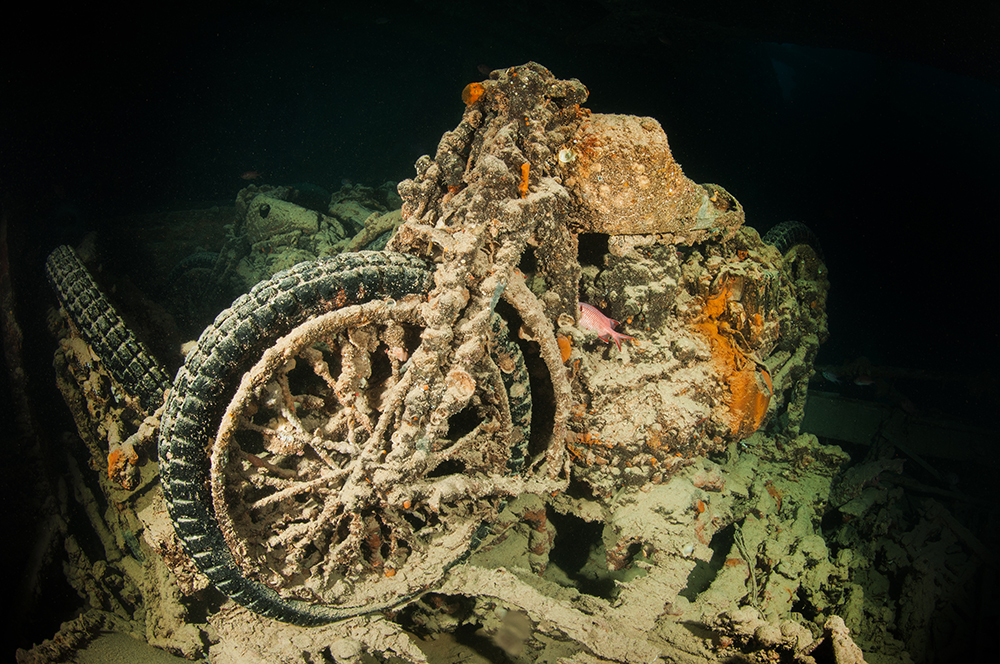 Following up on from my post about the steam locomotives on the world-famous wreck of the SS Thistlegorm, I want to expand on my “transportation” theme and look at some more of the wreck’s cargo. Here are my favorite shots of the motorbikes that went down with the ship in 1941.

After its rediscovery by red-capped Frenchman Jacques Cousteau in 1956, the Thistlegorm became the subject of many articles, several books, and a lot of heated arguments amongst experts on the subject of military materiel. At this point, we have to take into consideration that a lot of what is written about the wreck’s cargo, both in print and online, is potentially inaccurate. I’ll take care to avoid the risk of making mistakes by adding a fair few caveats. 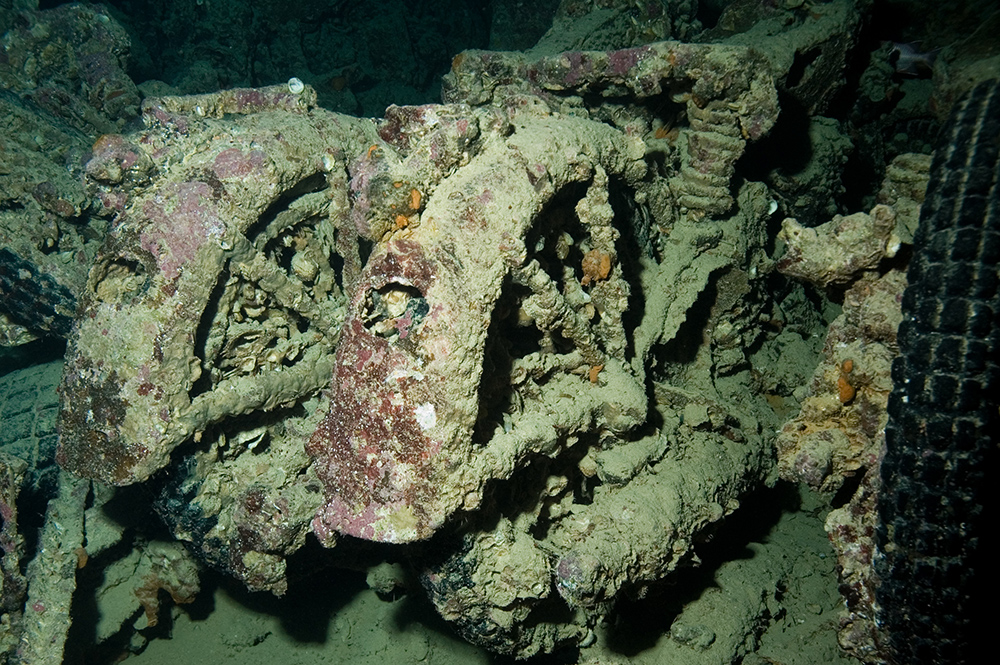 Some of the most photographed pieces of military transport in the ship are these motorbikes, which I believe were made by the British company BSA. They are stacked in the back of an open bed truck, and what amazes me is their condition. Despite disturbance from divers (and the occasional bit of illegal trophy hunting), they’re doing quite well. As you can see they are quite encrusted with marine life. Clearly, the rubber tires are resistant to colonization. 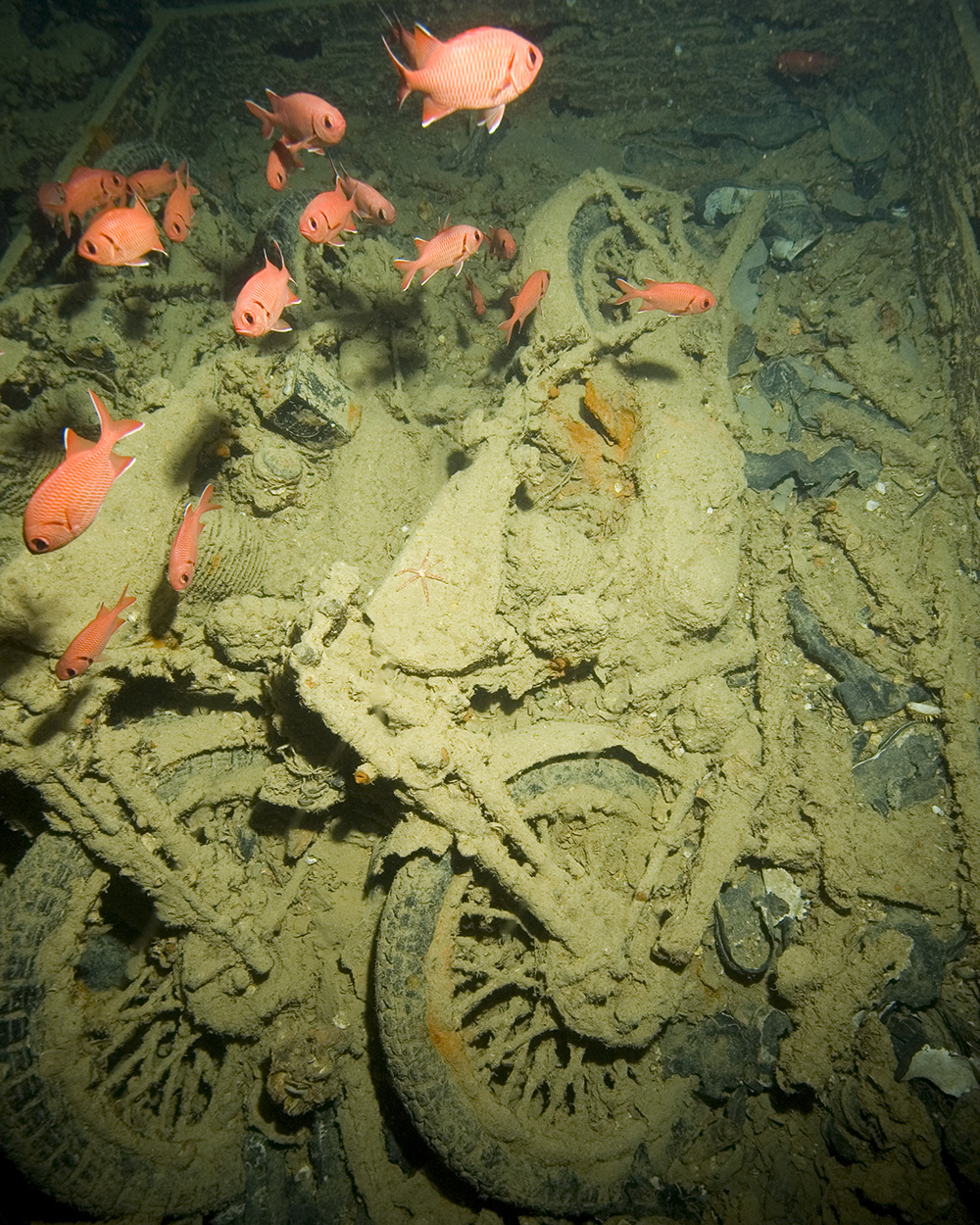 This hold is dark, and in all ways that would matter to fish, a fine cave to call their own. The shoals of Soldierfish stand out against the darkness as my strobes illuminate the scene.

I’ve included two more images. The first is a diver exploring the ship’s fo’c’sle (forecastle). You can see the two anchor chains running along either side, and a pair of male Lyretail Anthias look like they’re having a spat in the bottom left of the image. 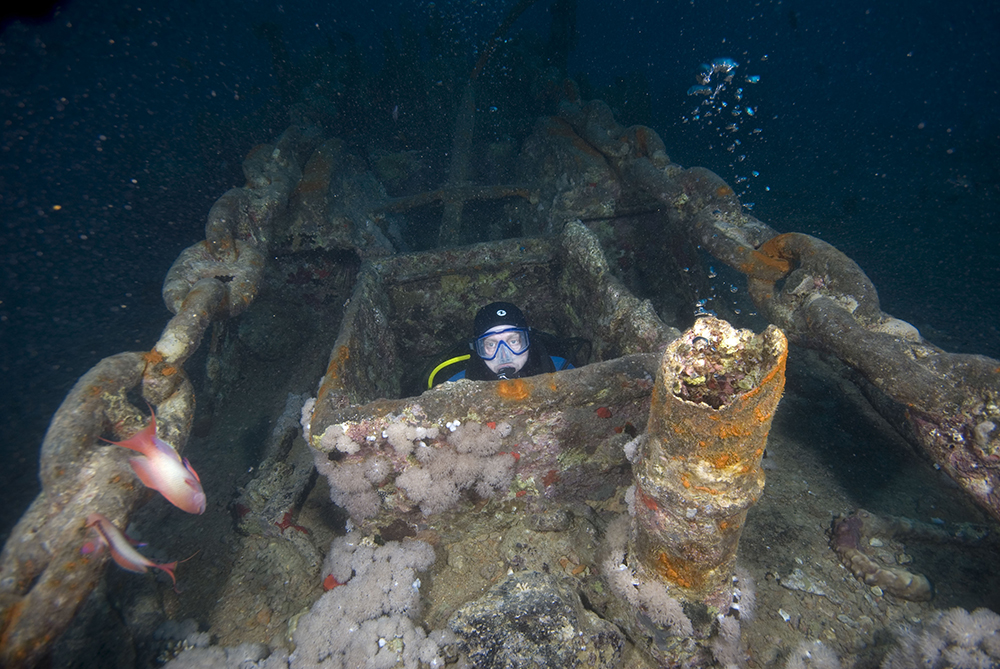 The same diver is pictured here with an unexploded piece of ordinance. I know very little about shells and bombs, but as I understand it, the remaining ordinance (that didn’t detonate when the boat was attacked by long-range Nazi bombers) is considered safe. One account I read suggests that most shells are unfused, their fuses completey rotted out by sea water. I do hope that is the case, as this is one of the busiest dive sites on the planet. 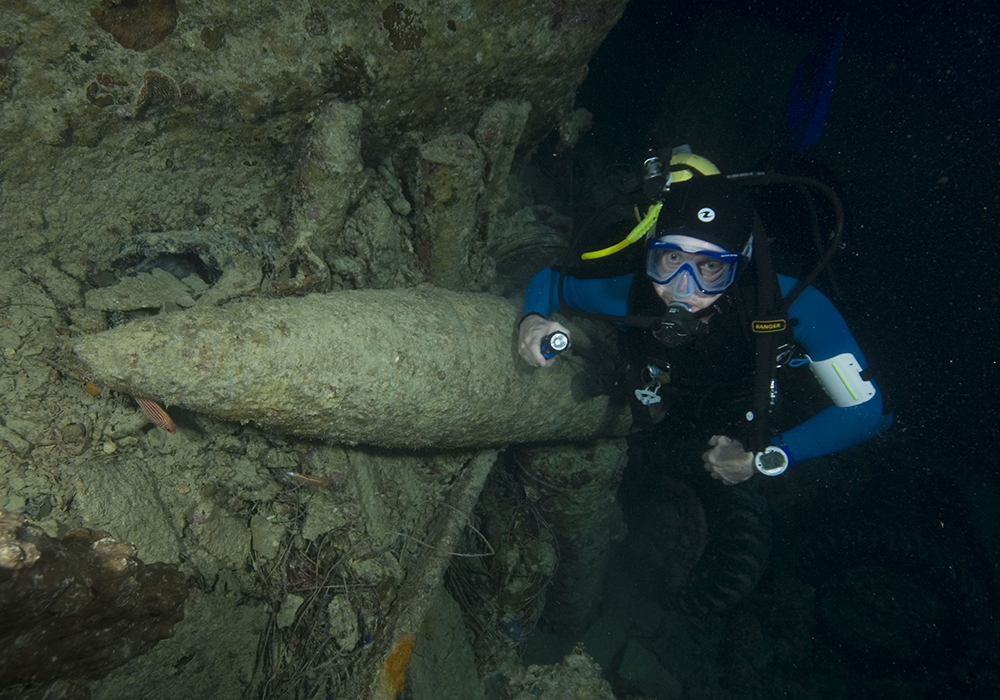