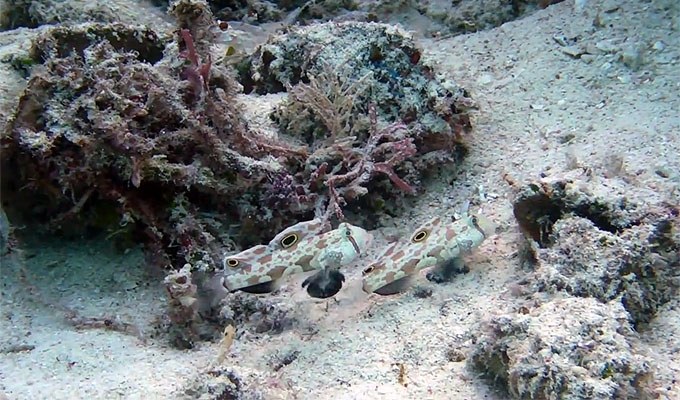 
Most successful reef tanks these days are mirror images of one another.  While it is a testament to how far we’ve advanced and refined our techniques, I know some seasoned reefkeepers are looking to break the monotony.  “Azoox” (non-photosynthetic) biotopes have gained some traction in the past few years, but this type of exhibit requires more diligence than many hobbyists are willing or able to provide.  Some aquarists attempt deepwater habitats, but the fish are often prohibitively expensive and difficult to obtain. Many have tried (but failed) to create minimalistic aquascapes with traditional high-energy stony coral reef exhibits; Fast-growing corals really aren’t ideal for controlled, minimalistic exhibits, and SPS tanks usually end up looking like similar stony metropolises no matter how they start out.  A few adventurous souls have even dabbled in coldwater reefs, but the cost of chilling and the lack of available temperate livestock make coldwater systems inaccessible for most hobbyists.

A blue ribbon eel pokes its head out of the rubble,

I’ve termed “muck biotope” after “muck diving,” a popular form of diving over muddy sediment.  I wouldn’t blame anyone if the idea of designing an exhibit around a drab mud and rubble aquascape does not sound as appealing as a fluorescent garden of branching and tabling Acropora and Montipora.  But for nature geeks who appreciate natural exhibits, muck biotopes would present novel challenge to recreate an unique slice of tropical habitat.

Muck biotopes are not barren wastelands.  The truth is the mud is home to some of the world’s greatest diversity of organisms.  And if you think about it, it is actually the ideal ecosystem to create a truly minimalistic and controlled aquascape . An earth-tone muddy substrate with thoughtfully arranged rock and perhaps some algae/sea grass could rival the beauty of Amano-style nature aquariums. The photos contained within the article show muck zones in their raw, natural state, but an aquarist with a keen designer’s eye could easily arrange mud, rubble, rock, and micro/macroalgae into a beautifully composed yet organic aquascape.

As for animals: Frogfish, leaffish, scorpionfish, gobies, blennies, nudibranches, octopi, cuttlefish, sea horses, bivalves, urchins, and crustaceans of all kinds are common residents of tropical mud and rubble terrain. Most of these animals brim with personality and fascinating behavior.  What’s more, many species suitable/ideal for muck biotope are already available to hobbyists at affordable prices.

If you’re looking for something new to try, consider setting up a muck biotope.  Reefkeepers could gain greater appreciation for these animals when they are housed in their natural environment.

Muck zones are incredibly biodiverse.  Say hello to the seahorse.

Here are two videos by Erich Heiz showcasing the biodiversity of the muck zone.