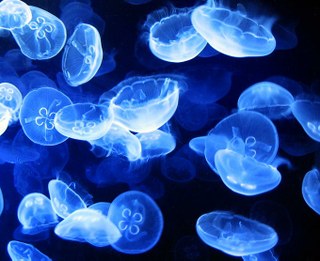 
The pain experienced with jellyfish stings is due to the many stinging cells (nematocysts) firing venom-laced ‘needles’ into your skin. Scientists have spent years researching pain relief for jellyfish stings.  While there isn’t a silver bullet for all types of jellyfish stings, several trends are clear:

If you’re heading out to the beach this summer, watch out for jellyfish, which seem to be invading our beaches (and nuclear power plants) in recent years.  And if you are an unlucky victim of jellyfish sting, hopefully this information can help.  You might even want to consider packing a bottle of vinegar before you head out for your fun in the sun.  You can thank me later.