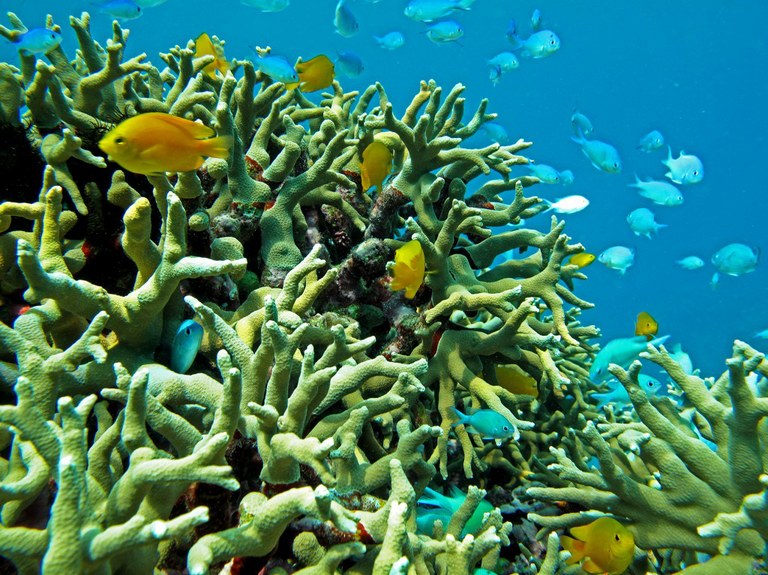 
Professor Sean Connolly from the ARC Centre of Excellence for Coral Reef Studies (Coral CoE) at James Cook University (JCU) is the lead author of the international study, which he says overturns the long-used theory by employing a novel mathematical method. It is the largest study of its kind, covering a broad range of marine ecosystems on Earth.

“The study has important implications for how marine conservation areas are managed,” Professor Connolly says.

“The aim of neutral theory is to explain diversity and the relative abundances of species within ecosystems. However, the theory has an important flaw: it fails to capture how important the highly abundant species that dominate marine communities are.”

Professor Connolly explains that it’s often the really abundant species that deliver substantial ecosystem services like providing habitat for fishes, or keeping reefs clear of seaweeds. “These species have unique features that allow them to be so abundant, and to play those key roles,” he says.

But when neutral theory underpins marine conservation, species are treated as swappable. “So the theory implies that, if you lose a really abundant species, then another can simply increase in abundance to take its place.”

Using neutral theory, species become common or rare as a consequence of random processes: chance variation in who a predator happens to eat, or whose dispersing offspring happen to land on a vacant bit of real estate on the seafloor. This study shows that these random processes are not strong enough to explain the large differences between common and rare species.

Professor Connolly points to Caribbean coral reefs as an example of why this problem with neutral theory can be important. “Until the 1970s, these reefs were dominated by two species that were close relatives of the branching corals that dominate the reefs of the Great Barrier Reef. When these species were nearly lost as a consequence of overfishing and other forms of reef degradation, no other coral species increased to fill the gap,” he says.

“Those species had particular traits that made them so abundant, and therefore critical to a functioning healthy reef system,” continues Dr Julian Caley a co-author of the study from the Australian Institute of Marine Studies (AIMS).

“Both biodiversity theory and conservation managers need to be alert to these characteristics, because it is often the common species, not the rare ones, that are most important to healthy ecosystems,” Dr Caley explains.

“The results of this study are also unprecedented in their remarkable consistency across a very large set of vastly different ecological systems throughout the world’s oceans,” he adds.

The study looks at 14 different marine ecosystems sampled at 1185 locations across the globe. The datasets range from the polar to tropical regions, from deep-sea to shallow coral reef environments and intertidal zones. It includes vertebrates as well as invertebrates, from plankton, to clams, to coral reef fishes.

To overturn neutral theory, the study used a novel mathematical method that identified common predictions of the different models that form the theory. These predictions were then tested against this wide array of marine ecosystems.