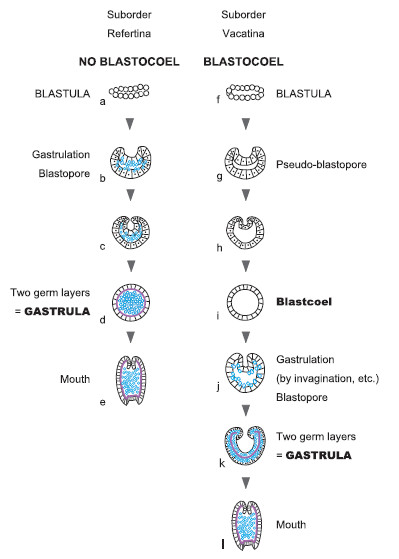 In the last decade, genetic data has forced us to dramatically rethink our assumptions on the evolution of stony corals (Order Scleractinia) and how best to classify them. The emerging consensus is that a pair of lineages—informally referred to as “complex” and “robust” corals—define the evolutionary history of the group; however, it has been unclear what (if any) morphological traits might actually unite the many disparate forms contained within these diverse clades. Now, some newly published research is finally helping to shed some light on the matter.

The physical differences between “complex” and “robust” corals have always been somewhat nebulous, though these groups consistently find strong support when we analyze their DNA. Those in the “complex” clade show a greater tendency towards porous skeletons and branching shapes, while the “robust” species tend to be more solidly calcified and grow in flattened or rounded shapes. Think of the differences between a delicate, finely branched Acropora versus a thick, boulder-like colony of Favites. These examples typify the extremes of coral morphology, but, in truth, the distinction between these two groups is not always quite so stark. 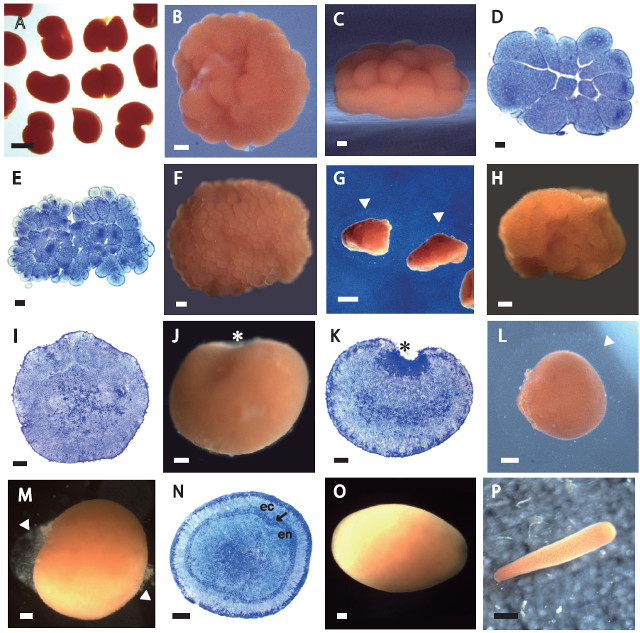 Another approach to solving this problem is to look for differences in their developmental biology. This has led to the recently published discovery that some of the earliest stages in the life histories of these corals differ quite dramatically in their structure. As seen in the above diagram, there are two competing ways for a coral to develop: 1) The center of the embryo fills with yolk and cells, with the mouth forming by an invagination of the outer wall. 2) The center of the embryo remains hollow, with the mouth formed from a U-shaped “blastopore”. 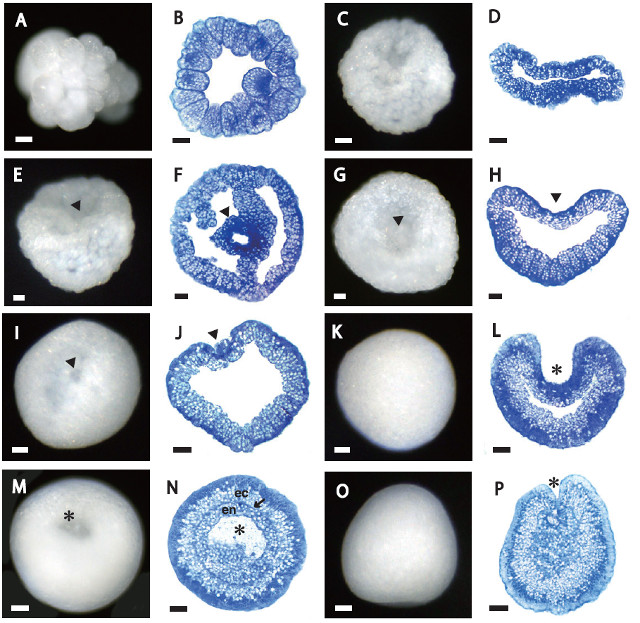 These two ways of growing a coral correspond almost perfectly to the “complex” and “robust” lineages seen in genetic studies, though it bears mention that only a limited number of species have so far been examined in this manner. An important exception is seen in the “complex” coral Pavona, which develops the hollow embryo seen in “robust” species, but this may just be indicative of a close relationship Pavona shares with the “robust” lineage, as seen in the phylogenetic tree below. 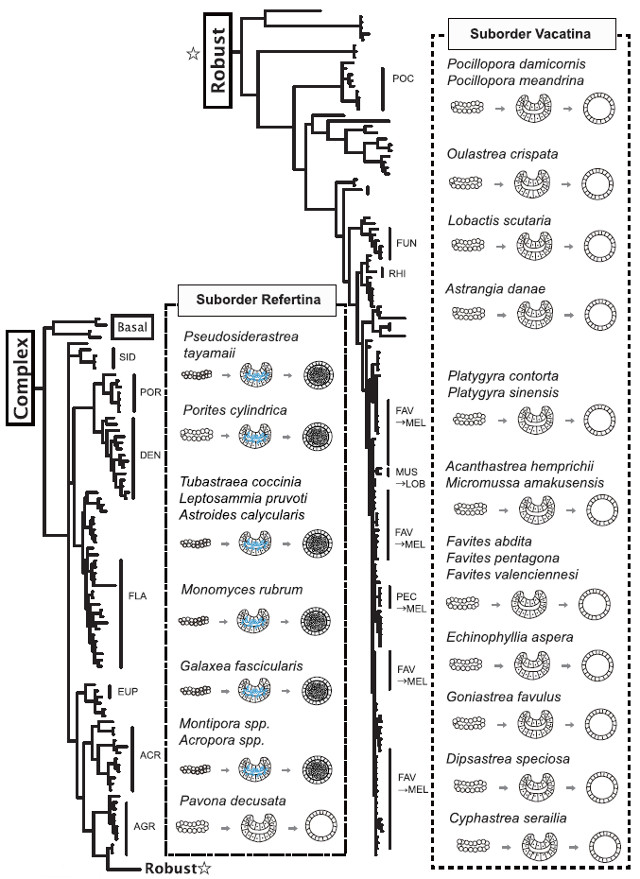 In accordance with this finding, a new classification has been formally proposed for what had previously been only informal names. The “complex” corals are now referred to as the Suborder Refertina, from the Latin refertus, meaning “filled”, in obvious reference to the solid embryo. And the “robust” corals are classified as the Suborder Vacatina, from the Latin vacatus, meaning “empty”. Whether these new names will stick is anyone’s guess, as new classification schemes are devised all the time, but this Refertina/Vacatina scheme at least has a recognizable morphological trait helping to define things. Still uncertain in all this are two obscure deepwater families—Micrabaciidae & Gardineriidae—which genetic data tells us are the two earliest branching groups of stony coral. The present study places them in the “complex”/Refertina clade, but the embryos of these are unknown, and, at best, this is merely a guess on the part of the authors. It wouldn’t be surprising to see additional classifications proposed in the near future, especially when the skeletogenesis of more groups are examined in detail, so it’s perhaps a bit premature to commit anything to memory just yet. Hopefully someday soon there will be a stable classification for the Scleractinia…