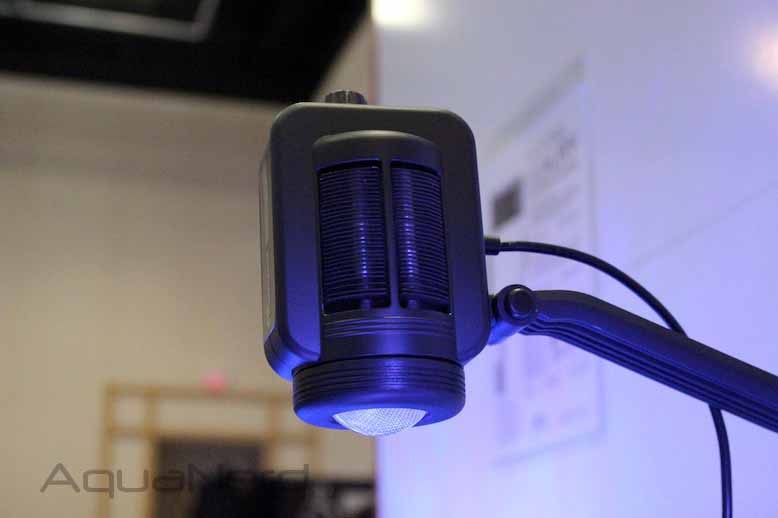 Maxspect has a brand new LED hitting the show here at MACNA, and it’s their smallest yet. Their new Celestial LED pendant will be available in three models, and all sport a five channel multichip LED. The fixture is smaller than most of today’s camcorders, to give you a sense of scale, and it looks great over the tanks here at the show. The Celestial sports the same on-board controller and interface seen on the Razor fixtures, allowing users to navigate through the settings with a simple push and twist of the button. A 30, 60, and 70 watt model will be available, though we don’t have a firm timeframe just yet. We are expecting more information from Maxspect later this evening, but haven’t gotten the full details since the lights show up at MACNA just this morning.