The results of two studies conducted under Richard Broughton (University of Oklahoma) provide tremendous insight into the evolutionary history of most, if not all, fish species. Relying on old-fashioned comparative morphology as well as advanced genetic analysis, the study utilized a comprehensive set of data to delineate patterns of relationship between fish types.

Though fish represent more than half of all vertebrate species (approximately 28,000 known extant species in all), their phylogeny is not as well understood as that of groups such as reptiles or mammals. While many of the project’s findings serve to confirm some previous work in fish systematics, it also calls for some rather surprising reconsideration. For example, the similarities between marlin and tuna (e.g., relatively large bodies adapted to fast swimming in open water) appear to be a case of mere evolutionary convergence; the former is likely more closely related to flatfishes such as halibut whereas the latter is likely more closely related to syngnathids such as seahorses.
These new constructs may have a potentially large impact on fields ranging from fisheries management to pharmaceutical development.
More information about the project can be found at:
University of Oklahoma (2013, April 19). Something’s fishy in the tree of life: Largest and most comprehensive studies of fish phylogeny. ScienceDaily. Retrieved April 20, 2013, from http://www.sciencedaily.com/releases/2013/04/130419132609.htm 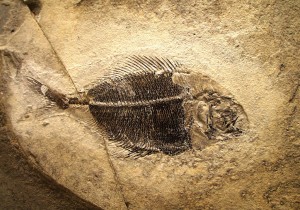