New purple crab found on Palawan Island in the Philippines 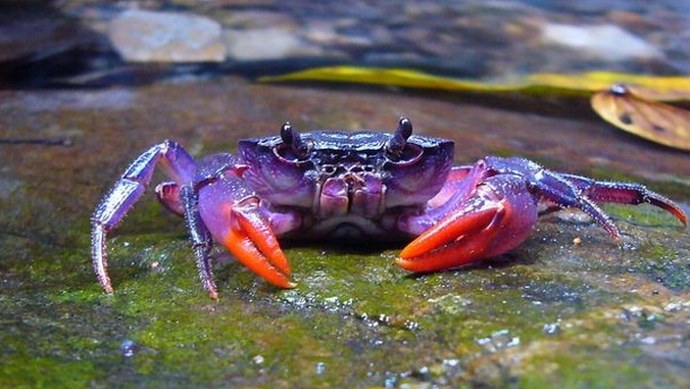 
“The particular violet coloration might just have evolved by chance, and must not necessarily have a very specific function or reason aside from being a general visual signal for recognition,” said Henrik Freitag, the author of the study that is found in the latest issue of The Raffles Bulletin of Zoology.

Freitag also stated that the purple coloration of this crab could also have evolved over time so that others of its species could recognize each other. This trait would help especially with multiple species of crabs in the area.

Each of the four described crabs measure between one and two inches (2.5 to 5.0 cm) in diameter. Interestingly enough, there is only one additional crab in this genus, I. unicorn, and it was described in 1992 — 20 years ago.