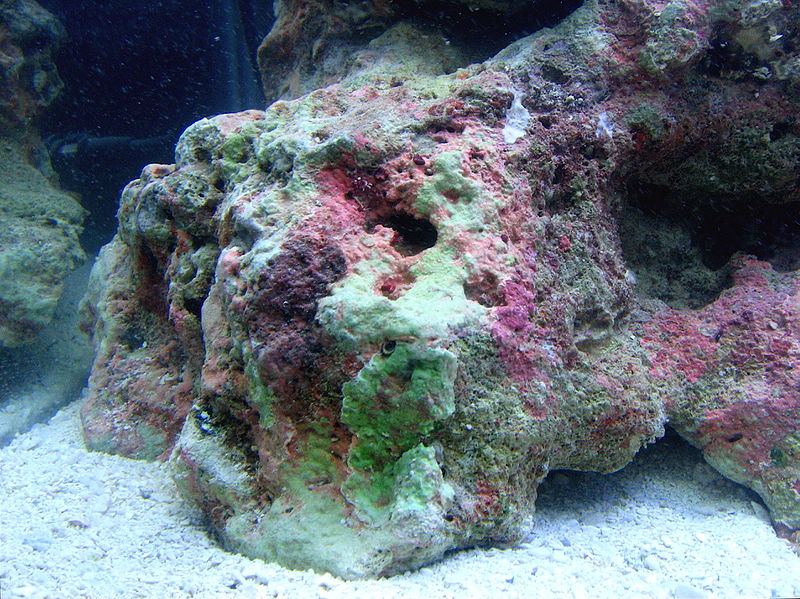 The bane of most aquarists is the slow buildup of organic wastes in the form of nitrate. This is Aquarium Keeping 101—cellular respiration creates ammonia, which gets broken down into nitrite, which gets broken down into nitrate. And this end product, when present in sufficient concentration, can lead to a number of problems for the health of a coral ecosystem, primarily by encouraging the growth of nuisance algal species. One solution that you’ll often hear bandied about is that “live rock” can reduce or eliminate nitrate from accumulating through a process known as denitrification, but a new study is questioning this basic assumption of modern reefkeeping.

Denitrification is a process that happens in hypoxic environments, wherein certain bacteria and archaea turn those deplorable nitrate molecules into harmless nitrogen gas. But these sorts of environments are understandably in short supply in an aquarium… fish and corals really like oxygen, after all. And that’s where “live rock” steps in. The thinking goes that the porous structure of calcium carbonate rocks produces just the right combination of high surface area and low oxygen concentration to function as a nitrate-reducing powerhouse, but studies proving this have been few in number and flawed in their design.

To investigate this critically, a team of Chinese researchers used a novel technique to quantify the relative abundance of the bacteria and archaea involved in this process, as well as the measurable effect they had in a closed system. To detect their presence, they relied on environmental sampling of the DNA occurring both on and within their “live rock” specimens, looking for genes involved in the metabolic breakdown of ammonia and nitrate. And to quantify the effect these microorganisms have, they dosed systems with ammonia either directly or organically with the use of snails.

The results of this study stand in stark contrast to the prevailing wisdom, finding that “live rock” had no noticeable effect on nitrate levels during the 96-hour trial. And, somewhat counterintuitively, it was also shown that the denitrifying bacteria are up to 15 times more abundant on the surface of “live rock” than within it. But it’s not all bad news, as “live rock” was shown to be quite proficient at removing ammonium (NH4+), though this comes as no great surprise, as just about any bacteria-covered substrate can fill this role.

This is welcome information for those, like myself, who are loathe to pay $10/lb for rocks that magically scrub the water of nitrate, and, really, hasn’t it always been obvious that this was a farce? Nearly every reef aquarium will inevitably run into nitrate buildup unless some alternative method (carbon dosing, algal refugia) is employed, so why does anyone believe in the mystical restorative powers of rock? Cheaper “dead” alternatives are, in essence, every bit as capable of performing the role of their “live” counterparts once they have been seeded with a little bacterial and algal ecology, and without the risks posed by unwanted organisms hitchhiking in.