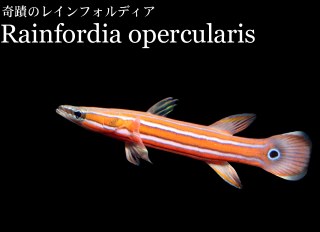 
In April, Blue Harbor (Japan) shared a video of the R.opercularis.  To my knowledge, it was the first footage ever documented.  The video was blue and blurry.  Thankfully, two clearer videos have surfaced.

The first video shows the perch in an aquarium with live rocks.  Watching the video, you can understand why the R.opercularis is shaped in the way it is.  Its flat body form allows the perch to slot itself between the “seafloor” and overhanging rocks.  It is because of this secretive natural behavior that R.opercularis is so difficult to document in the wild and why it’s never been collected for the aquarium trade until now.

The second video is by B-Box Aquarium, Japan.  The video is the clearest footage yet of this ultra rare perch. According to Reefbuilders, this specimen is being sold for the princely sum of 698,000 yen … which translates to roughly $8,800.00 USD!  Holy perch, Batman!