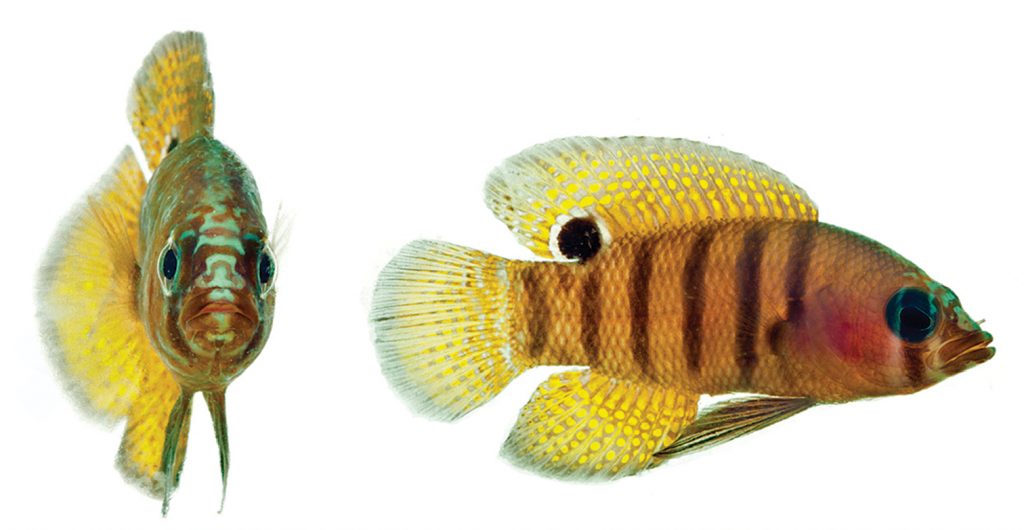 Is there a finer way to awaken on a frigid Tuesday morn than the sight of two brand new species of basslet having been described… I think not. Let’s take a brief moment to meet Lipogramma barrettorum and L. schrieri, the newest tiny grammatids to emerge from the Caribbean’s deep reefs.

The most familiar of the two—though I use that term loosely here, these are very obscure fishes—is the evocatively named Maori Basslet (L. schrieri). The nomenclature alludes to those intricate markings found atop the head, which bring to mind the abstract tattoos found in New Zealand’s indigenous population. The species’ epithet honors “Dutch” Schrier, owner of Substation Curaçao, whose support has been integral to the many exciting fish finds coming out of the Caribbean in recent years.

Previously, this fish has been exported into the aquarium trade (on exceedingly rare occasion) under the name Lipogramma robinsi, another closely related and similarly patterned congener which comes from comparably deepwater habitats in the region. It was through the morphological and genetic study of specimens acquired with the Curasub that the subtle differences between these species was finally elucidated. 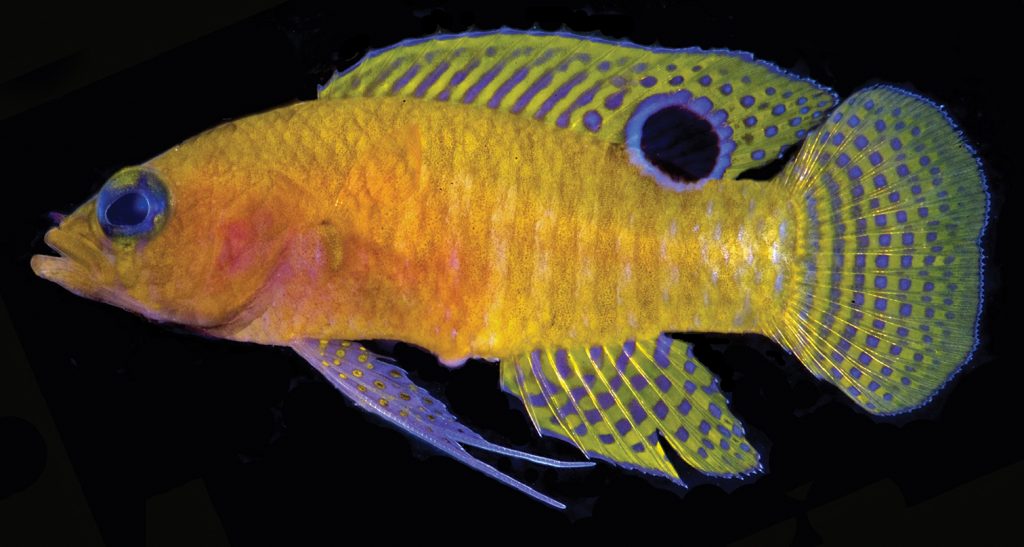 And, confusing matters further, there’s the Blue-spotted Basslet (L. barrettorum), a gorgeous species whose yellow fins come festooned with row upon row of blue spots. This is a far smaller species, growing to less than an inch in length (versus two inches in L. schrieri). This is roughly the same size as the aforementioned L. robinsi, and these two also sport roughly the same number of dark bars along the body (10-12, though they appear more prominently in preserved specimens. However, the two are otherwise quite distinct in their color palettes—L. robinsi is described as having a translucent green body and yellow head, with dark fins that feature yellow spots. Interestingly, there are apparently no photographs of the true L. robinsi, despite the name having been used widely for so many years. 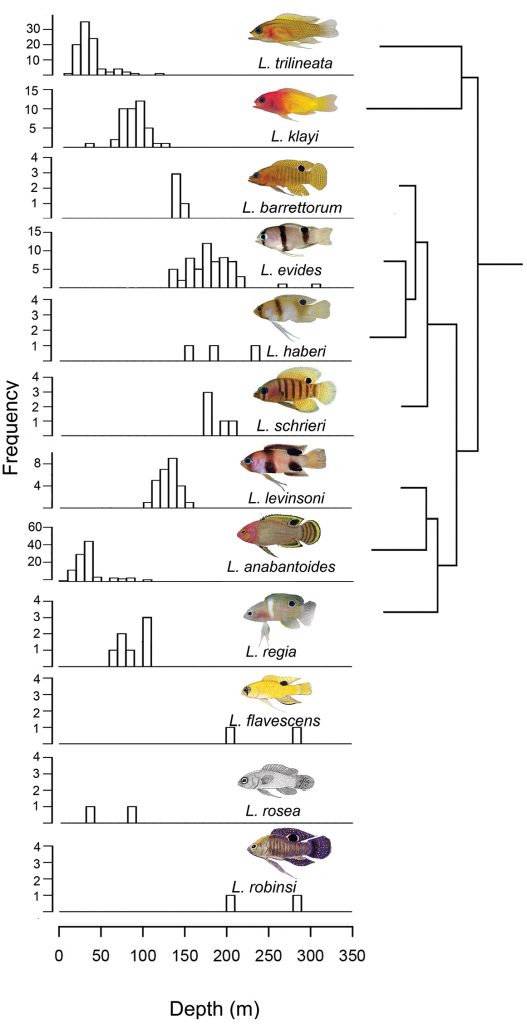 Genetically speaking, it might come as a surprise to learn that these three species are apparently not all that closely related. The phylogenetic tree shown here comes from Baldwin et al.’s excellent study in Zookeys, and shows the reported depth range of the various taxa. Stripes seem to be a common motif in the group, as does the large ocellated spot in the dorsal fin, but the presence of either doesn’t correlate strongly with the group’s evolutionary history. The depths at which these fishes occur does seem to be a strong driver of speciation for the genus, but there are still lineages (e.g. barrettorum, schrieri, evides, haberi) where the relationship doesn’t seem quite so strong.

There is still much left to learn about this group’s biodiversity, with rumors of additional undescribed species yet lurking in some of the Atlantic’s darkest corners. For those keeping track at home, there have now been four new species added since December 2016, and we wait with bated breath for the next discovery to be made.