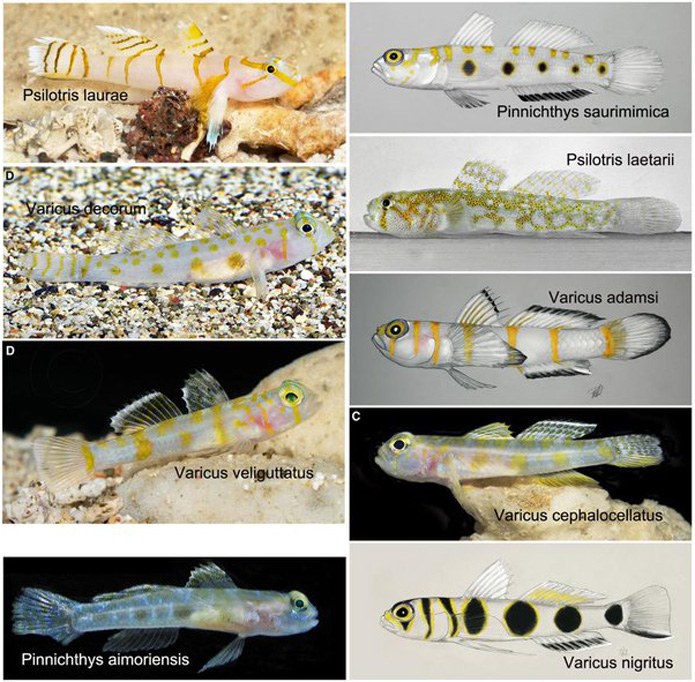 Photo collage assembled by Luiz Rocha, Curator of Fishes at the California Academy of Sciences (via Twitter)

The above gobies are the nine newly described species by a team from the Smithsonian Institution’s Deep Reef Observation Project published in in the Zoological Journal of the Linnean Society.  All the gobies hail from deepwater, mesophotic Caribbean reefs.  The research team documented and captured specimens using manned submersibles such as the Johnson Sea-Link I and II submersibles and the Curasub.  It is technology like these that has opened the doors to exploring the alien world of deep reefs.

In addition to the new gobies, the research team also revamped the family tree by adding four new genera to the Nes goby subgroup.  The new genera were added because shallow water gobies (once classified as congenors) were so distantly related to their twilight-zone gobies that these gobies warranted genera of their own.