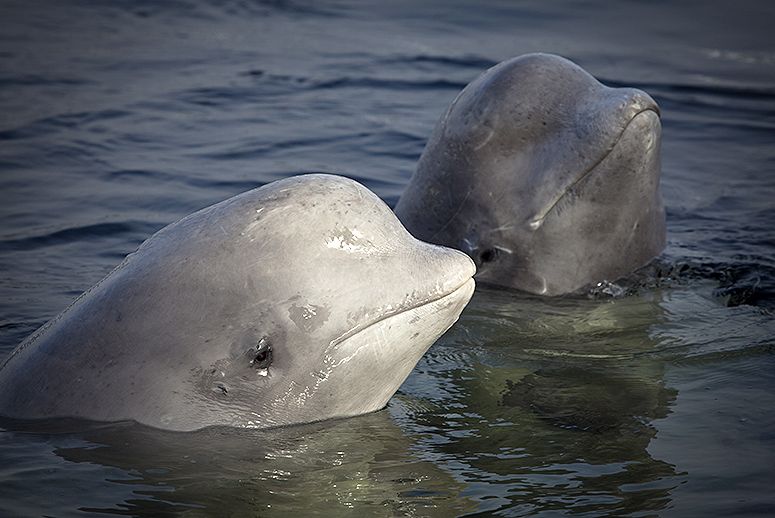 Beluga whales are a popular aquarium exhibit animal from the arctic; easy to spot with their striking white color and lack of a dorsal fin. However, as the issue of cetaceans in captivity has become more and more controversial, the U.S. is trying to get involved in the fate of Russian Beluga whales.

The National Oceanic and Atmospheric Administration (NOAA) has proposed a ban on the import of any threatened Beluga whales residing in Russian waters. Under the proposal, the belugas living in the Sea of Okhotsk would be designated as ‘depleted’ under the Marine Mammal Protection Act (MMPA) and it would then be illegal to transport  them into the US for public display. According to the Animal Welfare Institute, for the past 24 years, the Sea of Okhotsk has been the only regular source for Beluga whales in captivity.

If the proposal is approved, this will be the first time the US will have used the MMPA to declare a marine population living in foreign waters as depleted. “This is definitely a precedent-setting decision,” Dr. Naomi Rose, a marine mammal scientist with the Animal Welfare Institute, told HuffPost over email. “While of course the MMPA has no jurisdiction in foreign waters, if this population of belugas is in fact designated as depleted, then the relevant US agency now has a tool to use to approach the Russian government and offer assistance, expertise, and ideas to recover this population.” MORE