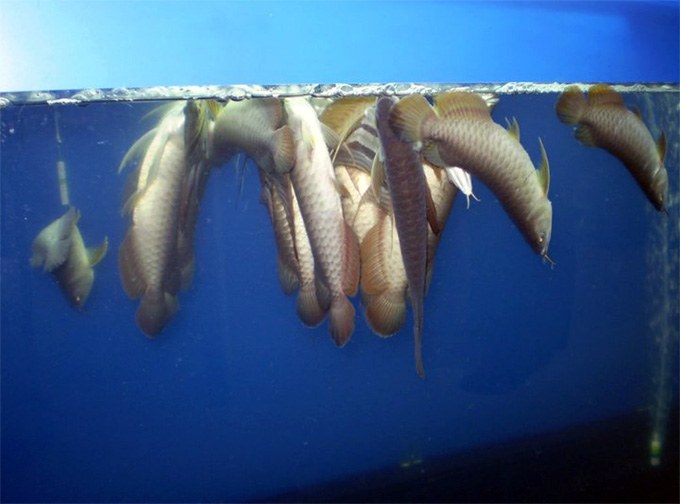 
Only two short months after an eerily similar LFS bleach poisoning story Advanced Aquarist first reported, we regret to bring you yet another disturbing news of senseless fish cruelty.

“When I came back, I smelt chlorine and realised all of my fish were floating at the top of the tank.”

According to her employer, Derrick Ng, he had reprimanded the maid for scolding his four year old son prior to the incident.  Mr. Ng goes on to say “After that, I went downstairs for 15 minutes with my son to buy food. When I came back, I smelt chlorine and realised all of my fish were floating at the top of the tank.  I was completely shocked and speechless. I didn’t know what to do.”

The case of animal cruelty was one of few cases which resulted in “successful” prosecution under section 428 of the Penal Code (Mischief by killing an animal).  The maid allegedly confessed to the act and was sentenced to jail for one month and fined $7,000 for her actions.  The Indonesian maid is unable to pay her fine and will be repatriated after serving her sentence.

via TODAYonline and SPCA Singapore

Information about the ownership of Asian Arowanas:

Asian Arowanas are amongst the most beautiful, prized, and expensive ornamental fish in the world.  They are also classified as an endangered species and are illegal to own in many countries (such as the United States under the Endangered Species Act).  However, they are not illegal everywhere.  Captive breeding programs (specifically in Singapore, where this crime took place) has allowed for limited, highly controlled trade of Asian Arowanas.  According to Wiki:

Beginning in 1989, CITES began allowing Asian arowanas to be traded, provided certain criteria were met, most notably that they were bred in captivity on a fish farm for at least two generations. The first of these farms was in Indonesia. Later, the Singapore government’s Agri-food and Veterinary Authority (then called the Primary Production Department) and a local fish exporter collaborated in a captive breeding program. Asian arowanas legally certified by CITES for trade became available from this program in 1994.

Captive-bred arowanas that are legal for trade under CITES are documented in two ways. First, fish farms provide each buyer with a certificate of authenticity and a birth certificate. Second, each specimen receives an implanted microchip, called a Passive Integrated Transponder (PIT), which identifies individual animals.