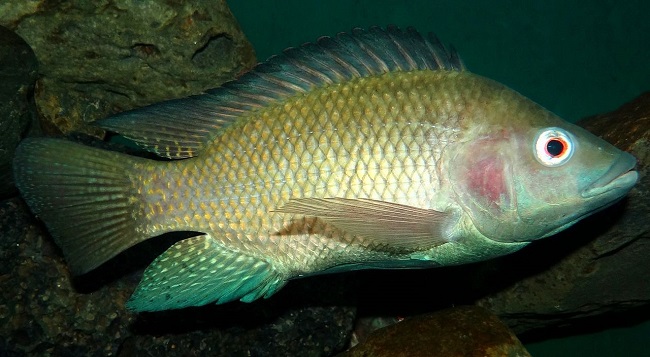 Many of us have for long been familiar with the fundamentals of hydroponic gardening; in short, plants are continuously watered and fed via a recirculating water system. In some cases, water-based horticulture can be enhanced by integrated production methods. One such example is “aquaponic” fish farms that grow lettuce on floating platforms over tilapia grow-out tanks. French designer Mathieu Lehanneur takes this idea just a little bit further with Local River. Local River is a “refrigerator-aquarium” unit that he claims is capable of producing both fresh fish and vegetables within the confines of a private residence. And, the units sport an undeniably sleek design.

At least in theory, nutritious garden plants can be grown in an efficient and ecologically sound way by simply mopping up the nitrate and other waste products of freshwater food fish such as carp, trout or perch.

Mathieu identifies the Locavore movement, which promotes sustainability through the use of locally produced foods, as a source of inspiration for the concept. Not only does the Local River system provide food that is about as local as one can get—from under one’s own roof—but it also gives the producer complete control over how the food is grown and handled. In a manner that recalls the “Food Not Lawns” movement of the last decade, Mathieu has set out to replace ornamental fish and the “TV aquarium” with his invention.

Those of you who may wish to see a Local River unit for yourselves—before Local River takes over the world—can do so by visiting Artists Space Gallery in New York City from now until June 21, 2013.