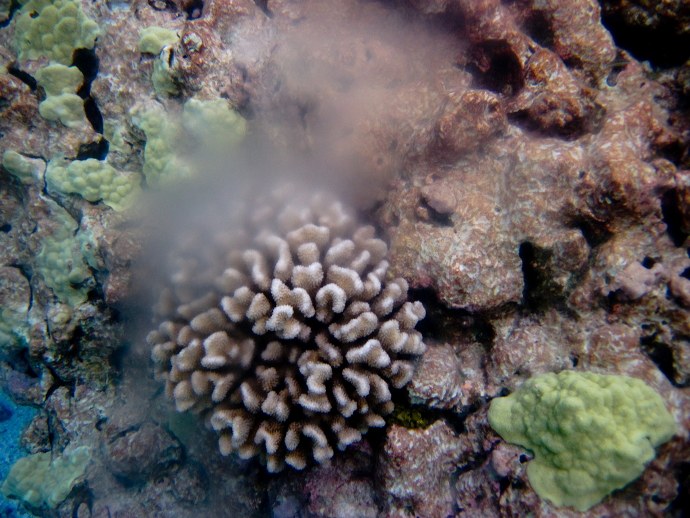 
A team of researchers from the School of Biological Sciences and Global Change Institute at The University of Queensland studied how ocean acidification affects the settlement of coral larvae onto a reef.

The study, published in the April edition of the prestigious journal Ecology Letters, found that increasingly acidic conditions in the ocean appears to have a dramatic effect on the ability of coral larvae to sense their surroundings.

“[Coral larvae] are initially found as swimming larvae before they choose their place to attach to the reef and settle for life, a critical step to their survival and the maintenance of coral reefs,” he said.

“The coral larvae normally have this amazing ability to settle on one particular type of rock-like seaweed called Titanoderma. This stony seaweed is a safe haven for young corals, yet we found that, as levels of ocean acidification increased, the coral larvae avoided this seaweed and started to settle absolutely anywhere.”

Working at a remote island on the Great Barrier Reef, the team made the discovery of the disrupted ancient relationship between coral larvae and their favourite nursery habitat.

Christopher Doropolous said the outcomes may have major repercussions for the survival of coral larvae and their ability to grow into the beautiful corals that sustain reefs worldwide.

“Ocean acidification also changed the types of seaweeds available to the corals and had a damaging effect on their preferred species of Titanoderma,” said Mr Doropoulos.

He said human development had increased the levels of carbon dioxide in the atmosphere, causing the oceans to become more acidic.

This new study adds to a growing body of research that demonstrates the negative effects of climate change on natural processes that sustain coral reefs, emphasizing the imminent need for humans to reduce carbon emissions.

“Our study identifies three major negative impacts of ocean acidification on baby corals. It reduces the number of corals settling, it disrupts their behaviour so that they make unwise decisions, and reduces the availability of the most desirable substrate for their survival. This may have severe consequences for how coral reefs function and how they recover from major disturbances.”

(press release The University of Queensland)