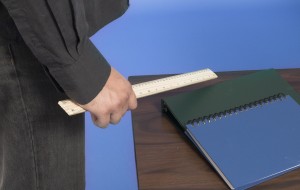 There’s a lot of aquarium rules flying around the hobby with little or no fact behind them, and I think it’s time we break from them. some are from the beginning of aquariums and were simply meant as a benchmark. Some are simply correlations that were seen as cause and effect relationships. Many of them simply hold us back and force us to strive for unattainable goals. If you’re ready to break some rules and help us all move forward, dive in with me after the break. 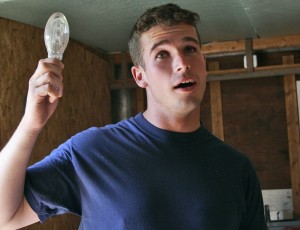 The first and biggest of these rules that we need to break is the watts/per gallon way of rating lights for reef use. The problem with this method of choosing the right lighting system for your tank is that it leaves too many variables out of the picture. Fixture efficiency is the biggest factor here because different sources of light emit different ratios of infrared to useable light. Take metal halides and LEDs for instance. Meta halides convert a lot of consumed energy into heat which does not feed your photosynthetic animals. LEDs create less heat while taking in the same amount of energy, and thus put out more light to feed your animals. This means that metal halides need more watts/per gallon to sustain photosynthetic life than do LEDs. Another consideration that should get people away from watts per gallon is aquarium shape. The deeper a tank is, the more power you need to get to the bottom of it, and this gets even more complicated depending on the light source. A 40 gallon tank that is spread out and only 10″ deep will take far less watts per/gallon than a 40 gallon cube that is 20″ deep. Additionally, metal halides and LEDs, which are point source light, will penetrate deeper and need less power to do so. Fluorescent lighting, which is linear source, will not penetrate as deep and thus needs more power to get to the bottom. As you can see, watts/per gallon merely scratches the surface of what needs to be considered when you choose your lights. 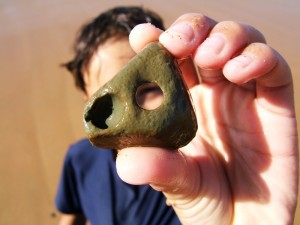 The next rule I’d like us to tackle is the pounds per/gallon rule concerning live rock. this is a great place to start when stocking your tank with rock, but it’s not the end all nor should it be consider a set in stone rule. Live rock is essentially bacteria habitat, but not all rock is created the same and not all rock has the same ratio of habitat to weight. Take for instance Fiji rock compared to Tonga rock. Fiji rock is dense and heavy which means it has far less habitat for every pound you buy. Tonga is porous and light, so it has far more habitat for bacteria to live in. This means that in order to get the right amount of bacterial filtration, more lbs/per gallon are needed of Fiji, or other similar dense rock, than Tonga, or other similar porous rock. Unfortunately, there is not yet a way to look at a rock and calculate how much surface area it contains, so this rule is still useful as a starting point to choosing your rock. 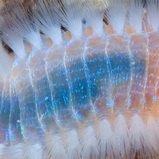 The last one I’d like to tackle for now is not so much a bad rule but a myth. For some reason many people seem to be under the impression that bristleworms are bad when, in fact, they are a sure sign of a healthy reef tank. Our tanks operate based on a limited ecosystem, and without the proper parts, they cannot function. They of course require filtration, but almost as importantly they require scavengers. Without an army of scavengers, excess food that fish can’t get to will rot in the water and overwhelm the filtration. Bristleworms are on the forefront of this job due to their small size and ability to go just about anywhere. So why do some hobbyists believe they pose a problem? It’s most likely due to overfed systems that become overpopulated with bristleworms. It’s when their populations grow quickly then run out of food that they are likely to cause problems, but it’s very rare for them to bother other aquarium inhabitants otherwise. The key, like everything else in reef keeping, is a careful balance.

So there we have it! These were all well intentioned rules set up to benchmark and make easy some complicated things. The problem with that is it’s a complicated hobby, and if you don’t enjoy it being so, perhaps it’s just not for you.