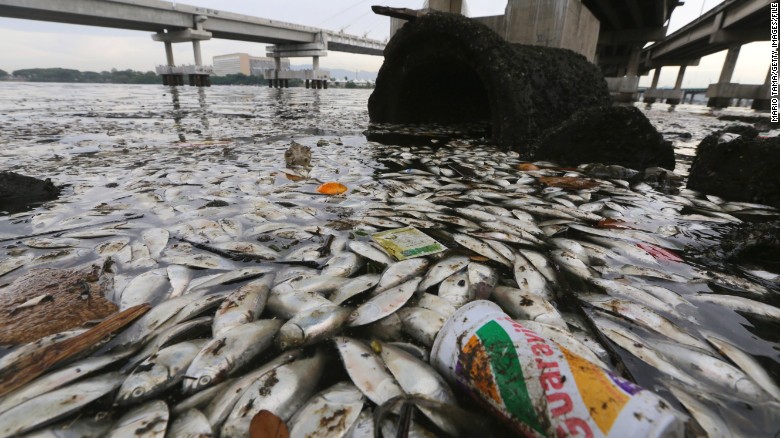 Water pollution is a big concern around the World. However, this very public recent mass fish kill, which occurred in Rio de Janeiro, Brazil, has gained national attention. Brazil will be hosting the 2016 Olympic games, and is under particular scrutiny. An investigation has been launched to figure out why scores of fish are dying in the Rodrigo de Freitas lagoon. Last week footage was released of sailors crashing into floating debris and trash in Guanabara Bay. The alleged pollution was so bad it lead to the boat capsizing on one side. I can garner that this is certainly not the image Brazil wants to portray so close to the Olympic games. Olympics or not, this is not a problem that can not be easily ‘cleaned up’. This incident only highlights a greater problem for the Marine World: devastating pollution that continues to accumulate. MORE