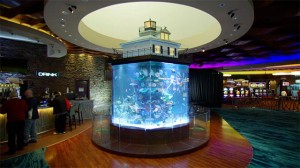 Sensationalism in nature television gets talked about quite a bit these days. Whether it’s an anaconda eating a person, or a bunch of backwoods hillbillies grabbing catfish with their hands and chasing around distressed animals, it’s becoming a problem. MTV, (which used to be about music) even jumped on the bandwagon for a while, with their show Wildboyz, which was dedicated to harassing animals all over the world. Animal Planet was called on the carpet recently, due to a variety of animal abuses on the set of their show, Call of the Wildman. You don’t have to look far to find disturbing content in nature programming these days, and it all goes without mentioning the misinformation filled, over-hyped cotton candy television that is Shark Week. I’ve spent quite a bit of time underwater with sharks, and the past several seasons of Shark Week have been so bad, I can’t even watch.

The Animal Planet series Tanked is now in its eighth season, and follows the exploits of Acrylic Tank Manufacturing (ATM) of Las Vegas, Nevada. Since its inception, the show has gotten mixed reviews from aquarists. Some have panned the series, saying it offers no real information about marine fish keeping, and creates a less than realistic picture of aquarium husbandry. Others seem to chalk it up to fun and games, admitting they find it semi-entertaining. 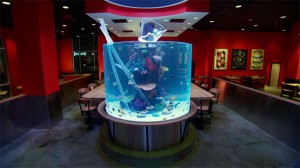 For me, Tanked is like watching a train wreck in slow motion. Damage is piling up, bits and pieces of train are flying off and striking vehicles, the vehicles are blowing up, chaos is breaking loose in all directions. Not only is the show outrageously corny and full of stereotypical innuendos, it’s dangerous. It creates an image of reef aquariums as nothing but toys for the rich and famous, great big plastic boxes full of fish, which you plop in on a whim, oohing and awing as they stress out, suddenly placed in an unfamiliar captive environment. The aquarium systems created on Tanks are impressive, but bare little to no resemblance to natural reef ecosystems. Some include televisions under the water, while others recreate man made spectacles that undermine the incredible natural beauty of a coral reef. If this is what many conservationists see when they think of a marine aquarium, no wonder they are pushing to shut the hobby down in.

My assumption is that somewhere at ATM, actual thought, testing and research is placed into these large aquatic displays, though it makes me nervous that a company that installs pool panels, is also creating and stocking a marine aquarium. We wouldn’t know any details, other than a few mis-informative quips about fish species, Tanked doesn’t share any hard realities about aquarium keeping. Saying this is learning about marine aquariums, is like saying Beavis and Butthead is a civics course. 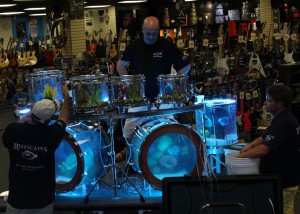 One episode that was apparently cut from the line-up (or heavily edited) involves a shark massacre at Coney Island. Here “the guys” from Tanked designed and installed a Wonders of the Sea aquarium for Applebee’s. In a dramatic brainstorm Wade King and Bret Raymer of ATM decided adding a shark temporarily to the tank, would be an awesome way to introduce their creation to the public. Now I could write pages about how irresponsible, disrespectful and downright ignorant this decision was. Most marine aquarists know that fish aren’t some decoration that can be moved around tanks like a wandering gypsy. Many of us put copious amounts of time, planning and foresight into the addition of a new species.

At any rate, the team from ATM added a black-tipped reef shark to the exhibit, which quickly began consuming several look downs along with a fellow shark, all of which were permanent residents of the tank. Guests flew into a panic, the tank filled up with blood, and ATM rushed to remove the shark. All in all, it was a total disaster, and one that could easily have been prevented if some actual responsibility had been taken when setting up Applebee’s system. You can read all the details regarding what took place here, Team from Tanked engineers a shark massacre. 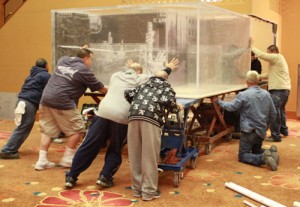 Now I could rant and rave about how pathetic this is, on the part of Animal Planet for choosing this particular group of individuals to represent aquarists and our hobby on national television. Or on the part of ATM who apparently acted on the desire to make a quick buck, and pocket some fame at the same time. Or at the whole damn concept of the show, which portrays aquarists as reckless meat heads helping people buy cheap thrills (well I’m sure the thrills aren’t cheap).

Instead, I would like to point out Tanked’s true insidious nature, the real damage that for eight seasons this show has done. Imagine if all those hours of programming were dedicated to exposing to the public, the reality of keeping a marine aquarium. What if it detailed marine ecosystems and how to re-create them in captivity, while showing the importance of not taking too much from the natural environment. Perhaps the show could help viewers fall in love with marine life, and if they seek to create a reef of their own, teach them how to do it in a sustainable fashion. No matter how you spin it, there is nothing sustainable about a massive aquarium that replicates a Ferris wheel, and is quickly stocked within a matter of minutes with demanding and sensitive fish species. 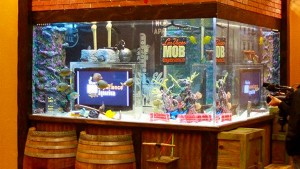 It’s shocking to me, that on one television network, you have a show detailing the life of dozens of volunteers risking life and limb to save one species of oceanic animal (Whale Wars) and not but thirty minutes later, here come two half wits throwing Achilles tangs and Moorish idols into aquariums without making any mention of how sensitive these animals are, nor the fact they were taken from a  wild environment where they perform a vital ecological role.

In a recent interview Brett Raymer of ATM said that since the show aired its first season, ATM gets over 150 requests for design and installation per day. That’s a countless variety of fish that will go through the disrespectful and merciless hands of ATM, and plunked down into the aquarium of the highest bidder. Perhaps ATM isn’t merciless at all, and puts tons of careful planning into the systems they create. Sadly the show is so poorly executed, we’ll never know. There is ample room for good, informative and productive television in the marine aquarium hobby, but sorry Animal Planet, Tanked isn’t it. The ocean is the life support system of this planet, for god sakes, at least treat it with an inkling of respect. 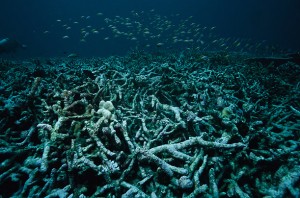 Don’t give this show the time of day.