It’s been a sensational week thus far, and no I’m not using that as a complement!

Discovery Channel’s Shark Week has been hailed for years for its educational content regarding an animal that has fascinated man since the beginning of time, and yet it would seem that education has slipped from the programming and has been replaced with a type of sensationalism that should not be connected with such an authoritative source.  Shows such as Sharkpocalypse and Great White Serial Killer do little to educate about the actual lives of sharks while programs exploring the true nature of sharks like Alien Sharks of the Deep are far too few this year. 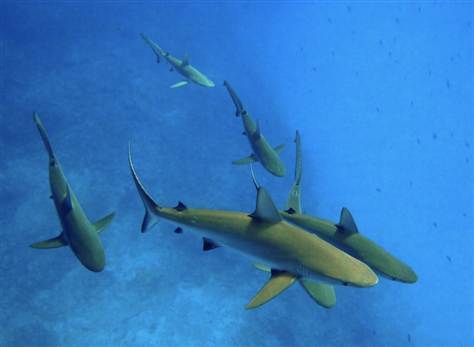 This year’s programming can be divided pretty easily into two categories with the first being educational and the second being purely entertainment based. Within the first category, there are some pretty awesome shows this year covering new behavioral studies as well as a glimpse at some species humans rarely come into contact with. Unfortunately though, the second category occupies more airtime this year and is composed entirely of shows detailing how sharks have attacked humans in the past or how they may attack you in the future. Discovery even went so far this year as to present the special, Megalodon: The Monster Shark Lives, rather than filling the slot with real information.

Many may argue that shark attacks are part of the lives of sharks, and while this may be true, it’s also true that interaction between sharks and humans represents such a miniscule portion of their lives that it should not even be considered as educational unless it’s being presented with ocean survival in mind. With about 100 reported shark attacks per year coming from only a handful of the about 400 species currently described, this information can hardly be represented as educational, but rather it should be looked at as sensational entertainment.

It should be noted before the close of this article that Discovery Channel is an entertainment company, however, they have secured a spot within many people’s minds as being an authority. It’s this authority that must be maintained through standards of content that, in my opinion, have not been reached this year.