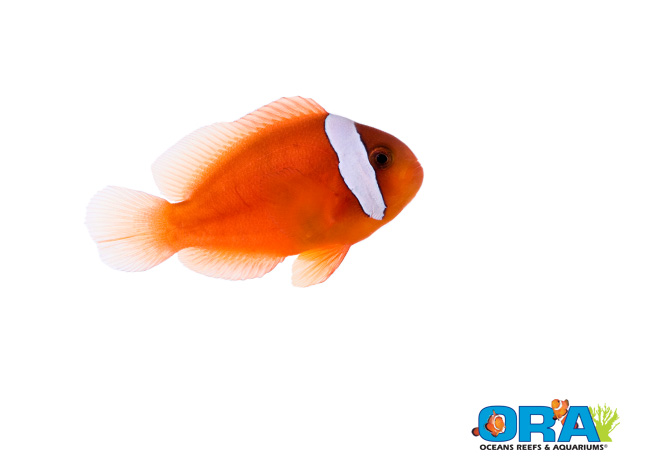 The folks at ORA Farms take their animal’s lineage very seriously, so seriously in fact that they recently had a DNA analysis performed to verify what they had already believed.  Their “Rubies” (Amphiprion rubrocinctus), also known as the Ruby Clownfish, were actually a distinct species that was recently described by Gerry Allen, Joshua Drew and Les Kaufman in 2008 as Amphiprion barberi and are actually from either Fiji or Polynesia and NOT Australia.  The fish originally came to them from a breeding farm that was shutting down and information on their lineage was scarce.  After the new species was announced in 2008, they went and had their fish sequenced and lo and behold it was a match for the new barberi.  So in order to correct their naming and uphold their commitment to breed accuracy, they have renamed the Rubies from rubrocinctus to barberi.  Details on the change can be found on their blog.