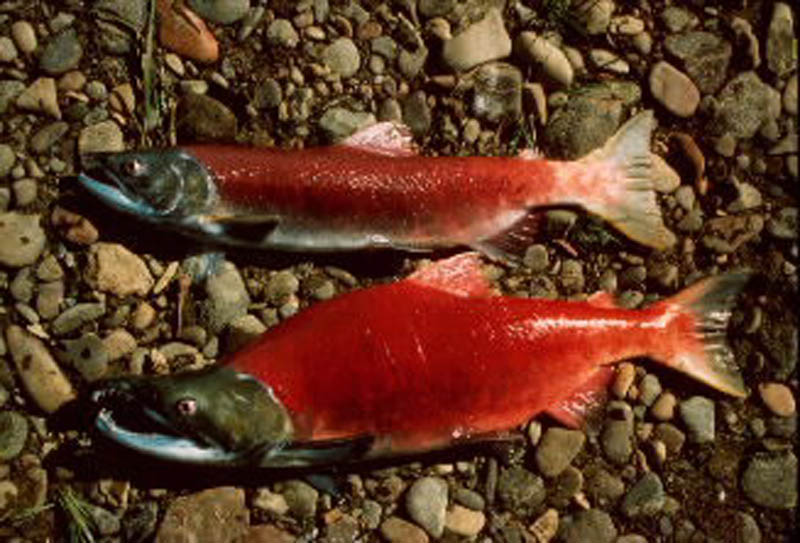 The Pacific Northwest’s increasingly rising temperatures have been all over the news lately. Global warming or not, its clear that rising temperatures all over the world have been making headlines this summer. And the results are not good for marine and animal life in these especially affected regions. This summer, Washington State’s Olympic National Park caught fire for the first time in recorded history. A very warm winter, combined with a very dry spring, led to fires throughout the State. A warm winter meant less slow, which ultimately resulted in less water for the streams and river. Combined with record setting high temperatures, its no wonder the conditions are making headlines as the ‘perfect storm’ of conditions, with catastrophic results on the fish population. This drastic heat increase is affecting the State’s waterways in major ways. Especially affected are the Sockeye Salmon which migrate through the Columbia River every July. Reports indicate that over a quarter million Sockeye Salmon which were returning to the region to spawn are dead or dying, which is about half of the anticipated return of Salmon. “We’ve lost about 1.5 million juvenile fish this year due to drought conditions at our hatcheries,” Ron Warren of Washington State’s Department of Fish and Wildlife said in a statement. “This is unlike anything we’ve seen for some time.” Temperatures in the river are already in the 70’s and Seattle in August alone has had record breaking high temperatures. Sockeye Salmon become stressed when temperatures go above 70, and if they go above 74, the fish no longer migrate. Researchers indicate the pathology of the dead fish indicated they died from a bacterial infection associated with high water temperatures and low oxygen. Unfortunately, the end does not seem near in sight and the outlook for the remaining Salmon appears dire.MORE