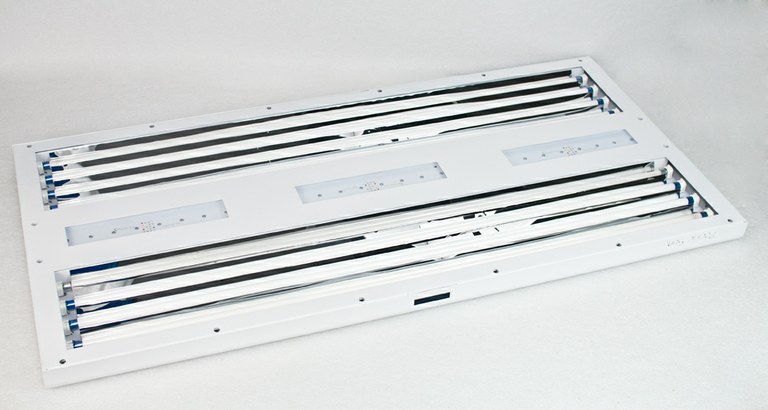 
If you only entered the hobby this decade, you don’t know how good you have it.  No less than ten years ago, reefkeepers had to choose between a handful of bulbs whose controlability amounted to how many on/off timers you could cram onto a power strip. The lighting choices were few and “dumb.”  The struggle was real.

Today, we have an ever increasing, ever improving selection of high powered, highly controllable lighting systems thanks to the veritable arms race between manufacturers worldwide.

Pacific Sun launched the original version of the Pandora Hyperion S hybrid LED+T5 lighting system last April, and they are now set to evolve this hybrid light into its most powerful iteration yet.  Using more T5s and their latest SMT LED technology, Pacific Sun is attempting to recreate the classic “point source + fluorescent” lighting combination that first began with metal halides and VHOs.