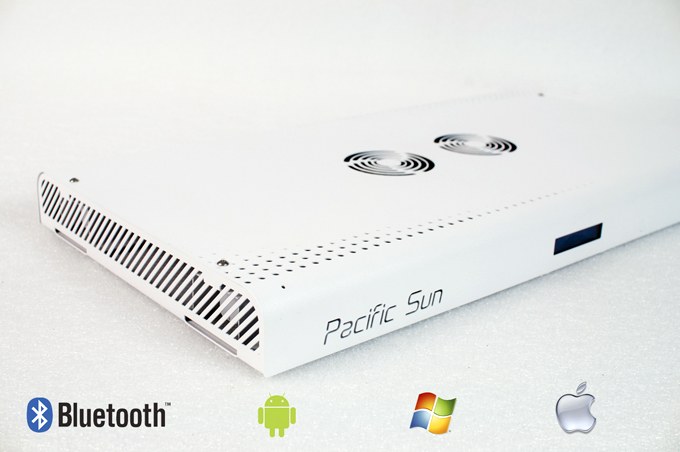 
The Pacific Sun Hyperion S employs a new proprietary LED panel that does not include any white LEDs.  Pacific Sun claims the Hyperion S is the first full spectrum LED light that does not use any white diodes. In addition to the 145 watts of LEDs, two 24W T5 fluorescent bulbs allow owners further customization of the color output.

The Hyperion S includes all the bells and whistles of a high-tech LED lighting system such as multi-colored, multi-channel, wirelessly controlled LED unit, all tidily wrapped up in an attractive, slim (less than two inch thick) white housing.  We provide the full general specifications below.

Pacific Sun has remained tight lipped about the exact specifications of their new mutli-colored LED panel, but what we know is that the Hyperon S includes the following LED colors:

We will share more information about this fixture when it is available (and hopefully review the unit as well).  Here is a LED spectrograph for the Pandora Hyperion S (supplied by Pacific Sun):