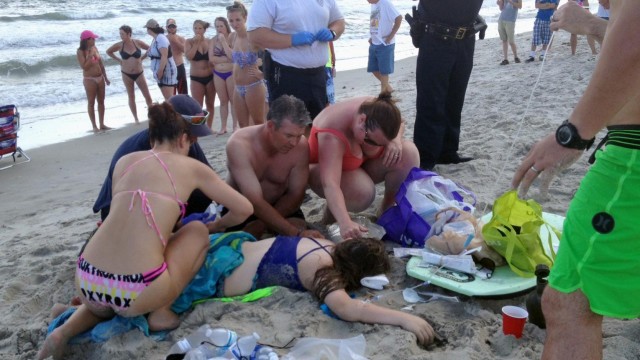 Sadly, over the weekend, a 13 year old girl and a 16 year old boy, lost their limbs after vicious shark attacks along the North Carolina Coast. Both attacks occurred within just two miles of each other, approximately 45 minutes after the first attack. Many people are comparing these attacks to Jaws, adding to the media frenzy and the heightened fear of swimming along this beach. Each child, whose names have not been released, have sadly lost their limbs in this traumatic event. However, these sorts of attacks on humans, are extremely rare and unusual. The last similar event, with multiple attacks in the same area, occurred in Florida and Egypt, many years ago. It is quite possible that this attack is from the same shark, researchers speculate it could be a bull or tiger shark. This information is still unknown at this time. Let’s hope no one else gets hurt this summer. MORE