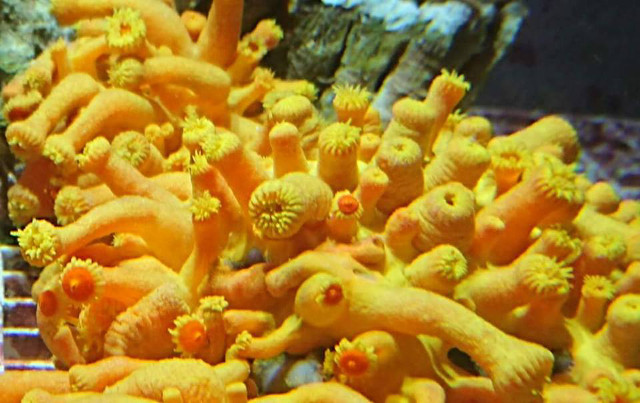 Yellow polyps are nothing new to the reef aquarium world, but the specimens that recently showed up at DeJong Marinelife are a bit out of the ordinary. There’s no word yet on precisely what these are, but, as best I can tell, they are likely Parazoanthus axinellae, a species common throughout the Mediterranean and nearby waters. 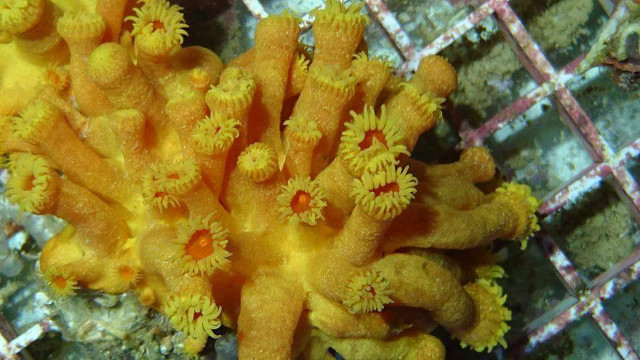 There is a bit of a resemblance to Palythoa mutuki. Credit: DeJong Marinelife

Looking closely, we can see a few key differences between this specimen and the yellow polyps common to the aquarium trade. Those “Yellow Polyps” are actually an undescribed species of Terrazoanthus, though (for obvious reasons) they have long been misidentified in the aquarium world as belonging to Parazoanthus. The key ecological difference is that Parazoanthus are all associated to some extent with sponges, while Terrazoanthus are free-living. 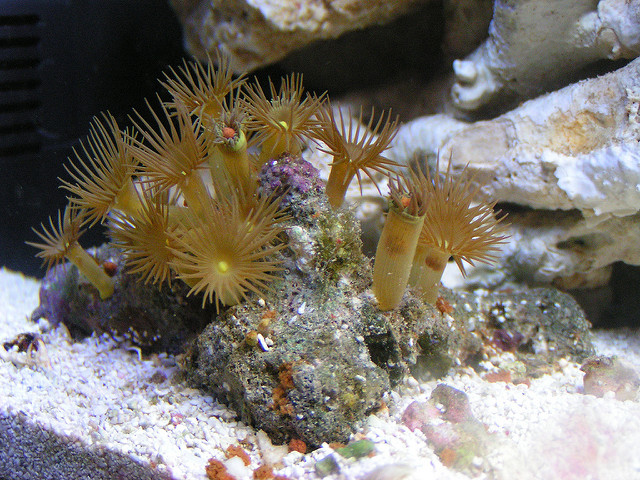 They can easily be told apart with a quick glance, as “Yellow Polyps” are rather delicately built, somewhat translucent and are relatively loosely arranged. Compare this with the dense and meaty polyps of P. axinellae, which originate from a thick mat. From a distance, these are perhaps more likely to be confused with Sun Corals (Tubastraea), though the presence of a stony skeleton is an easy trait to look for. 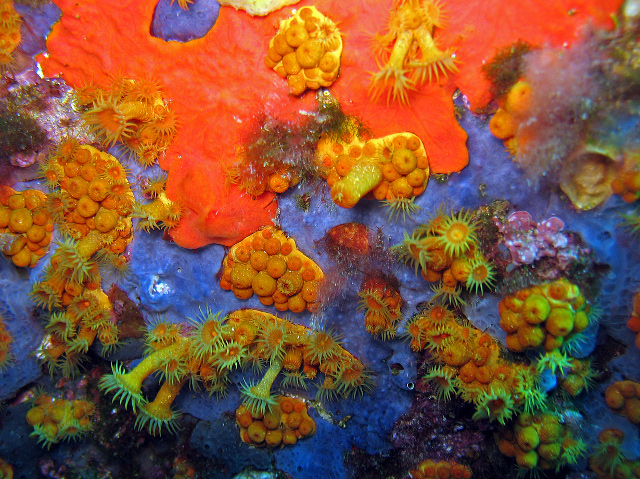 I can’t recall ever seeing this species made available before, but a quick search online recommends a temperature between 59 °F – 78.8 °F (I would imagine the lower end of that range is preferable for longterm husbandry). Also, as the brilliant yellow coloration should have clued you in on, these are azooxanthellate and will need to be fed. Given the care requirements, this is not a coral for the average reef tank, but it could be a real highlight for all those temperate water biotopes.