“The people will have to leave before the coral does.” 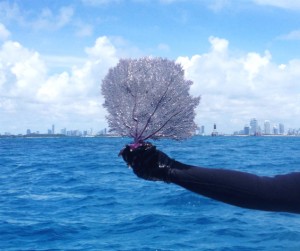 Miami in the background, lucky sea fan in the foreground, one of many animals being saved by Colin and crew.

The quote above by Colin Foord, Co-Founder of Coral Morphologic, really hit home with me while reading an article in Miami New Times focusing on the efforts of Colin and crew to help save thousands of individual corals prior to a $220 million project to deepen Port Miami.

If you hadn’t heard, the Panama Canal is currently undergoing renovation to allow for even larger cargo ships to pass through. However, once through the canal, there are no areas for these mega-ships to dock in the US. Miami was one city to quickly jump on the bandwagon to accommodate aforementioned ships. Of course this necessitates renovations to Government Cut, which is currently only 42 feet deep. The deepening of Port Miami has been dubbed the Deep Dredge, and begins June 7th, blasting away down to 52 feet. Many of us realize this will have a great impact on the reefs in the area (read: completely obliterated).

After hearing that a company (Tetra Tech) had been commissioned to remove ‘large’ pieces of coral, Colin was worried about the little guys; what would come of the smaller corals that most of us know are easier to transplant, move, and ship? In December, Colin was able to procure a permit allowing him to remove these smaller corals, saving them from certain death. Initially the U.S. Army Corps of Engineers (A.C.E.) told Colin he would be able to start collecting in January, and was told there would be a six week window to collect the smaller specimens. After several time-frame alterations on the part of A.C.E., Colin’s permits were activated on May 26th… obviously not much time until the June 7th initial detonation date. 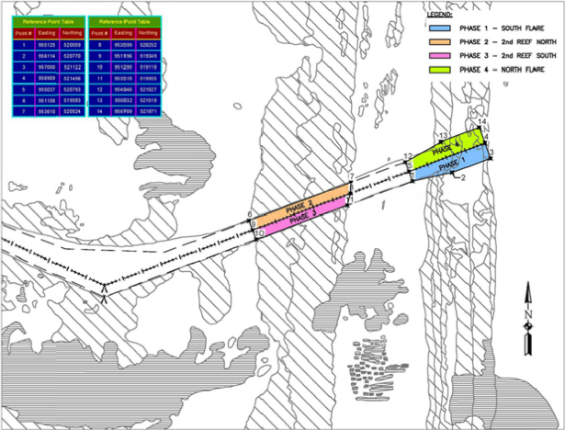 Still, Colin has been sharing some wonderful specimens on Facebook that they’ve saved, many of which were quickly transplanted to artificial reefs well out of the dredgers’ way. Some other lucky specimens will be sent off to AZA accredited aquariums and Universities . 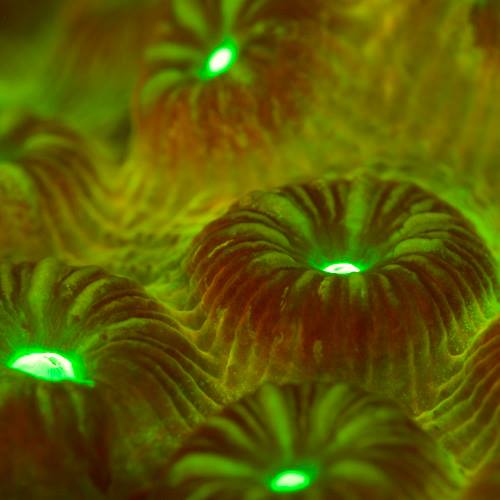 Be sure to spend a little time reading more about the Deep Dredge, and be on the lookout for an upcoming presentation on NPR by Greg Allen, who joined Colin to report on their mission.

You can help support the coral rescue efforts by purchasing this truly amazing film, ‘Natural History Redux’, for only five bucks. I’ve never posted about, or urged people to support any causes… ever. But seeing how most of us will be dumping more than five dollars worth of food into our tanks today, I can’t think of a better way to help these guys rescue as many corals as possible.

Big time props and shout out to Colin Foord and his crew, go get ’em guys!