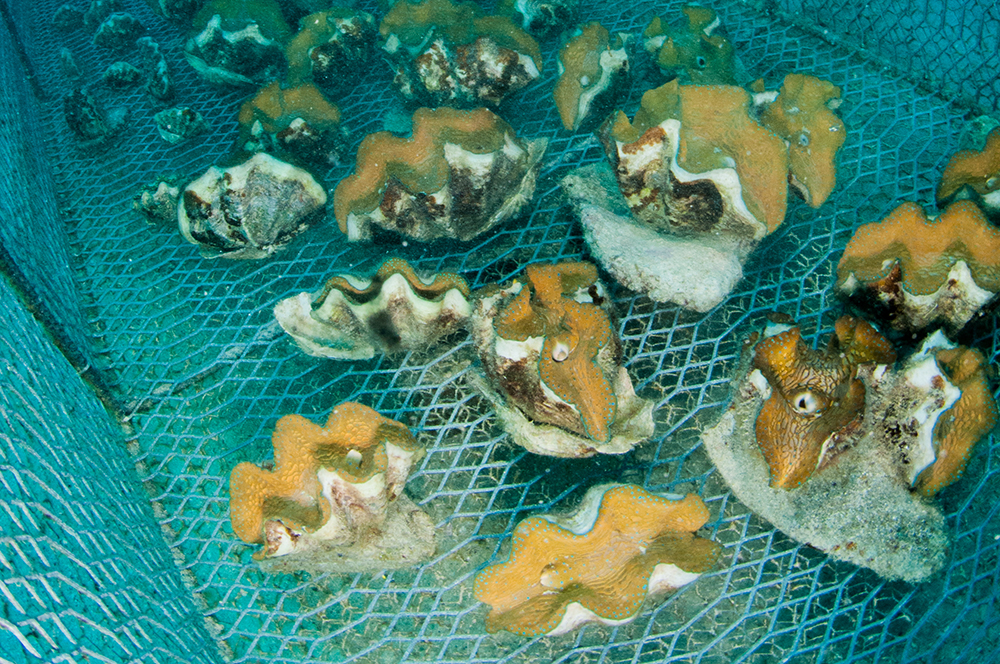 A few years ago, when diving in the South Pacific, I had the pleasure of visiting a dive center that had set up a project to try to limit the damage that was being done by Crown-of-Thorns sea stars. I assumed that they would be using the traditional method of spearing the sea stars with poles and dumping them back on land, but I was wrong.  These guys were using tridacnids – but the octopus weren’t helping! 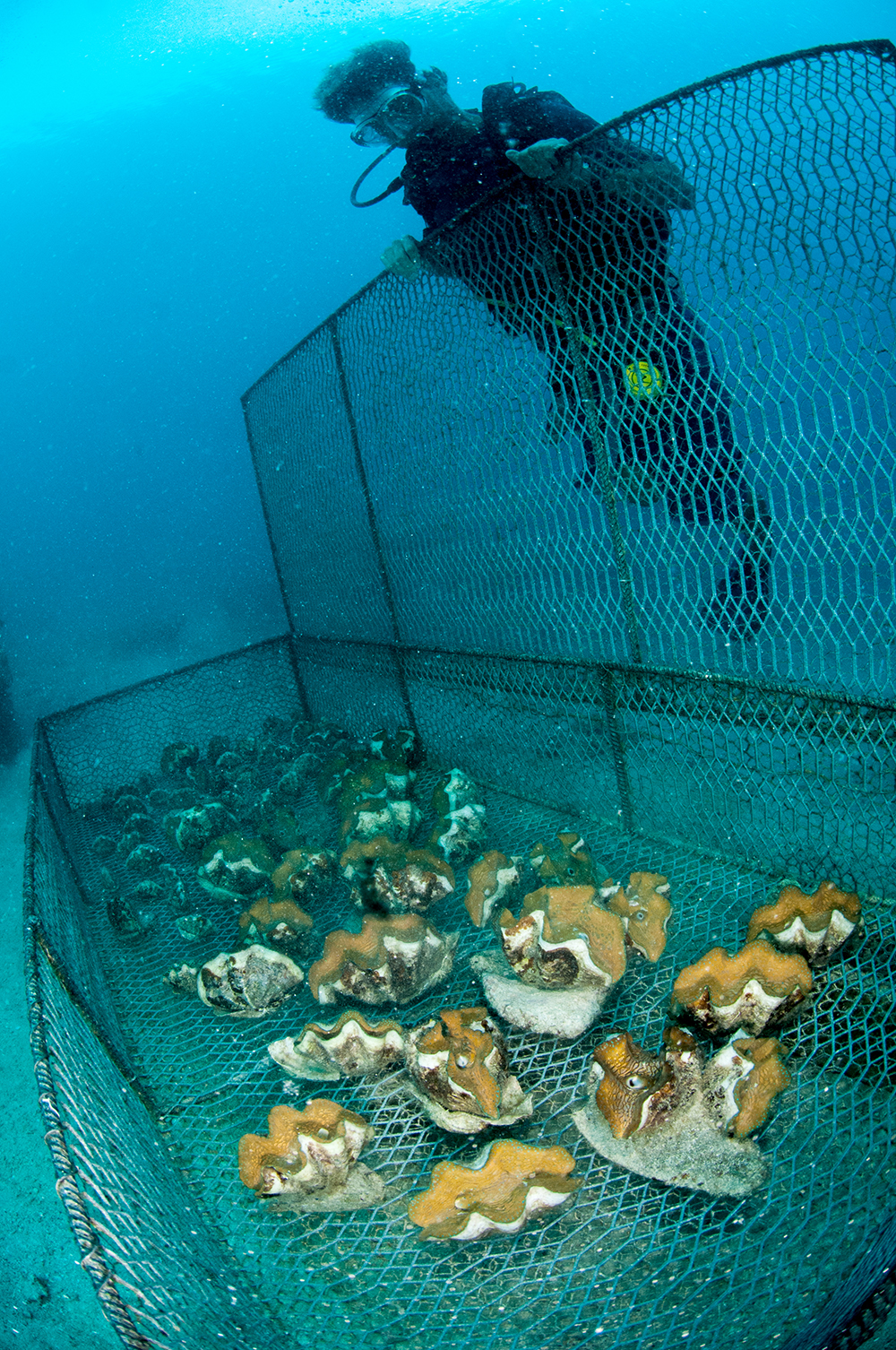 We all know that octopus are pretty darn intelligent.  Every time I photograph one as it is staring right back at me, I am sure that there is something impressive going on behind its eyes. Being intelligent, adaptable predators means that the octopus can be a little bit of a nuisance, especially if you’re trying to protect clams.

This particular dive center had set up a project to protect tridacnids.  The population had fallen due to overfishing, and the team postulated that the filtering power of the tridacnids could help reduce the population of predatory sea stars by eating them during their free-swimming larval stage.  I’m not well-versed in the science behind this, but I trust the folks leading the project know what they’re doing.

To that end, the team collected mature tridacnids from damaged reefs and relocated them in shallow, plankton rich waters within a marine protected area. The only problem was that a collection of tasty clams seemed like a buffet meal to the local octopus, that apparently find tridacnids quite appealing.

I’d never heard of this behavior before, but it explained why the team needed to build a large steel cage in which to keep their clams free from attack and doing their job!

Traditional, stick-em-with-the-pointy-end techniques are still used, but given the regenerative powers of the sea stars, the team end up with a disposal problem, as they needed to bring the stars back to land.