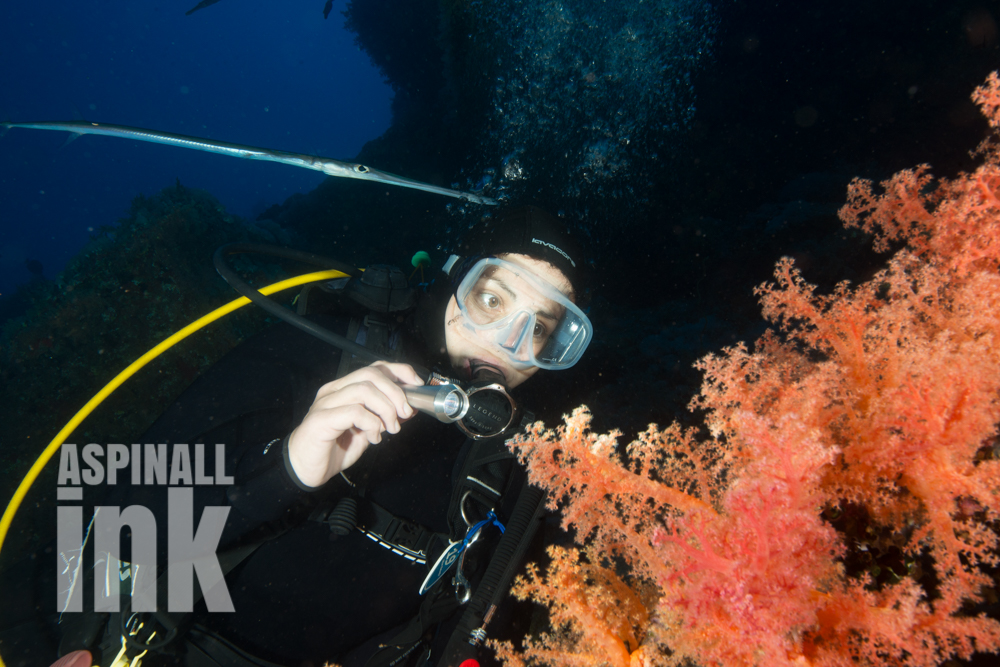 Cornetfishes, from the Fistulariidae family, are ridiculous-looking animals, but these highly adapted fish are superb hunters.

The genus Fistularia contains four species, though I’m only familiar with Fistularia commersonii, the Blue spotted cornetfish. This species of fish is found across the Indo-pacific region and has been reported in the Mediterranean, though I have yet to see one there myself. 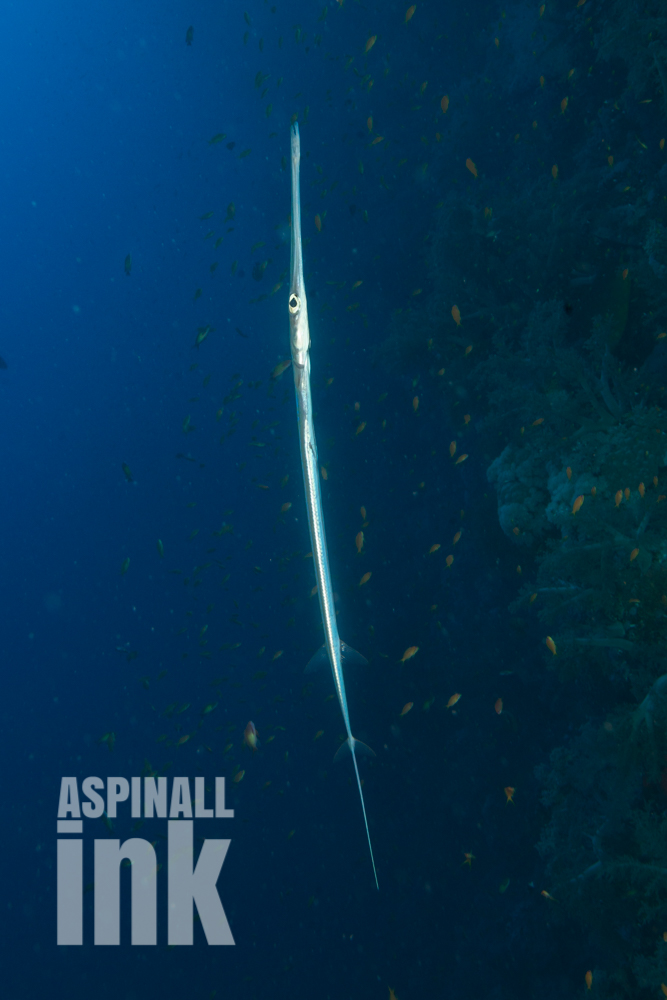 The fishes’ long, tube-like snout hints at its relationship to other famous Syngnathiformes: the pipefish and the seahorse. It’s worth noting that the name Fistula derives from the Latin word for pipe or flute.

Being a skilled hunter of small fish and crustaceans, F. commersonii is a stealthy fish, relying on its slender profile to sneak up on potential meals. It is also a fish that will happily use other objects in the water to hide behind. This very often involves divers.

In this picture, I had asked my buddy to pose in front of a large gorgonian to generate some pictures I could use for an article about Longnose Hawkfish (these gorgonians are their natural habitat), but in just about every image there’s a cornetfish, using her as a shelter from which to launch an attack on a startled fish. I can’t decide whether to remove it in photoshop or not.

F. commersonii grows to around one meter in length and can form loose aggregations, which is a beautiful, eye-catching sight as their silvery sides reflect the tropical sunlight. 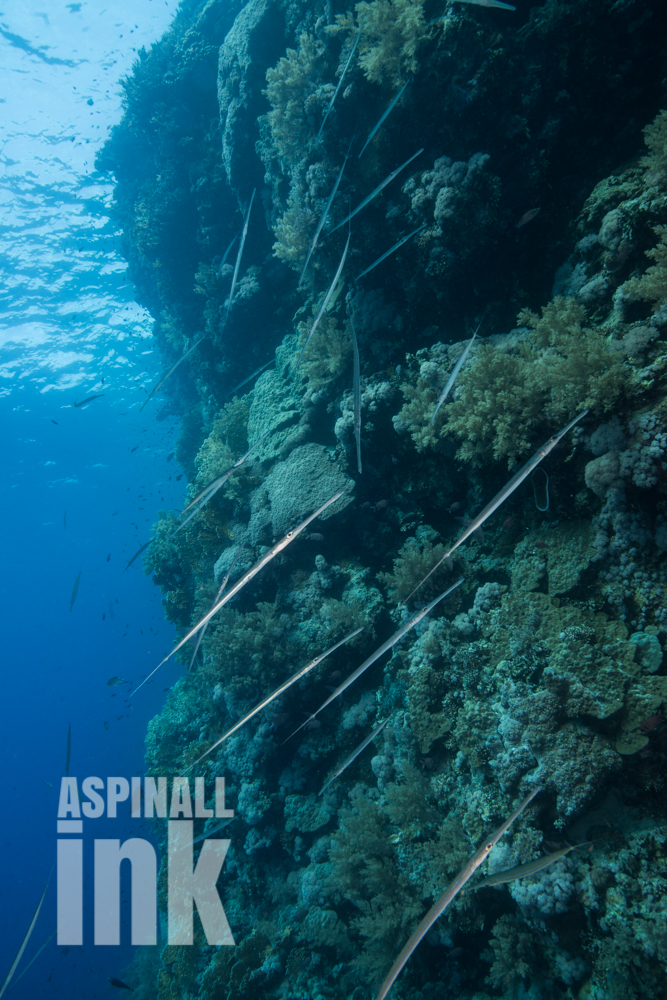