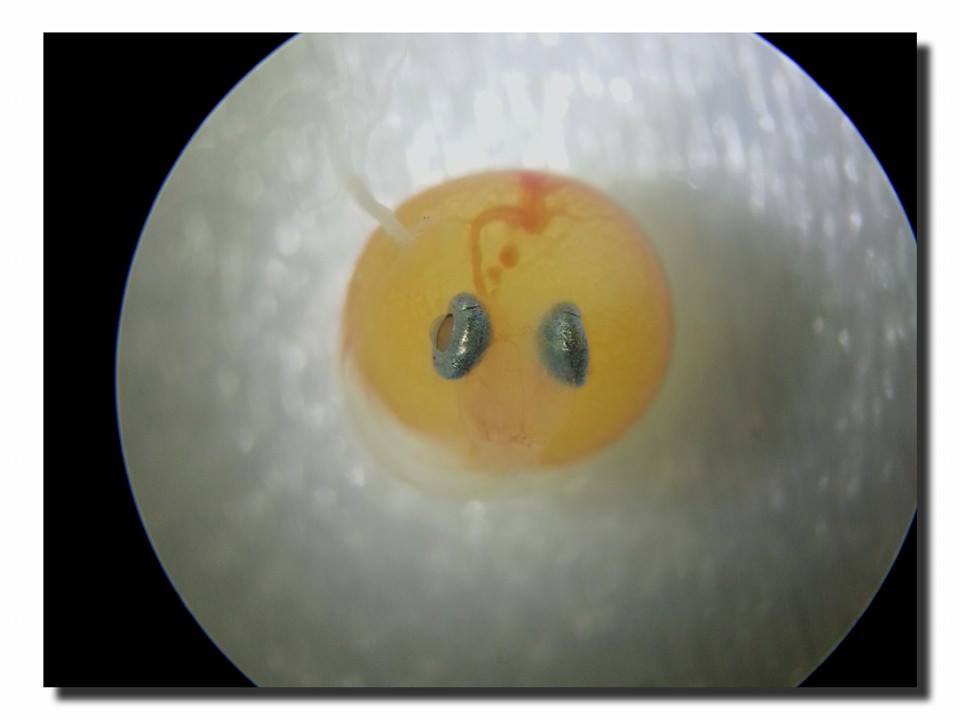 The Banggai cardinalfish has been a staple in the marine aquarium hobby for many years, despite its high mortality in captivity and the intense pressure on wild populations. Because of the impact the trade has had on this species, hobbyists have gone above and beyond in their attempts to breed the species in captivity. One such individual who is breeding Banggais is Chad Vossen, of Vossen Aquatics, LLC. Chad has been breeding tons of fish this year, and this cardinalfish is just another one of his many success stories. And of course, he’s been sharing his successes with the rest of the aquarium community via social media, with this picture of a 10-day old Banggai egg really catching our eye. Standing out most to us in this egg is the detail of the fish’s eyes. MORE: Picture of the Week, Banggai Cardinalfish Egg