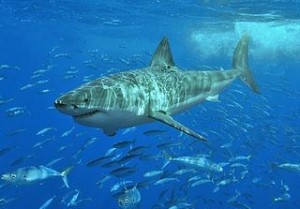 Sharks are what put many people off swimming in the sea.  There are hundreds of facts out there proving that there’s only a miniscule chance of a shark attacking you, but films like JAWS and programmes on TV that show sharks as ferocious man eaters have made us very wary of these beautiful creatures.

Scientists in Australia reckon they’ve come up with the solution – shark deterrent wetsuits!  Yes, no more “yum-yum yellow” (many a diver will tell you that sharks react differently to yellow), but rather camo blues and shocking zebra patterns!  There are two different patterns for potential ocean-goers to choose from, depending on which activity you’d like to participate in.  Divers, snorkelers and swimmers get the Cryptic Pattern which “makes it difficult for the shark to see the wearer in the water column by using disruptive coloration and shaping from the perspective of a predatory shark. 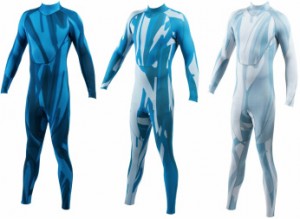 The pattern is not only difficult for the shark to see but is also designed to blend in with the background colours”.

Surfers, swimmers and shallow water divers get the SAMS Warning™ pattern which is “designed to overtly present the wearer as unlike any shark prey, or even as an unpalatable or dangerous food option”.   The inventors reckon that this will provide the user with increased protection and may also provide the time needed to evacuate the area if a shark is in range. 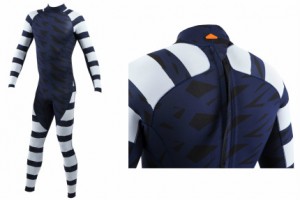 The suits passed tests done in Australian waters which are well-known for shark activity, but the wetsuits do come with a warning label.  I guess it’s like any new invention, time will tell if it really works.  In the meantime, if you’re a little nervous, why not invest in one of these and let us know what you think.