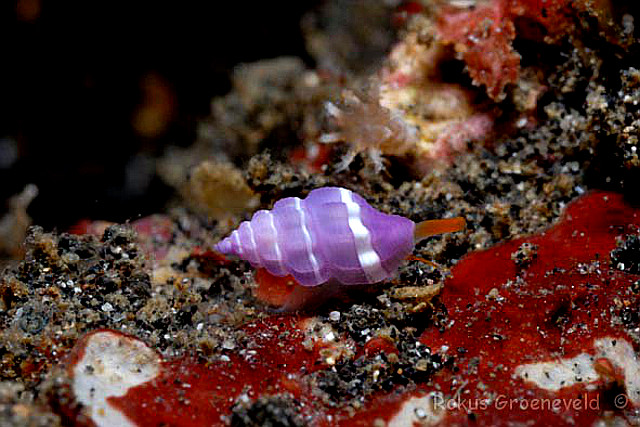 I’ve always found it frustrating that the snails available to marine aquarists are so aesthetically underwhelming; coral reefs abound in colorful gastropods! I can certainly respect the hard work put in by Turbo and Astraea, and I tip my hat to the fine snails of Cerithium and Nassarius, but, still, their dull appearance leaves so much to be desired. What I crave is a mollusk with a bit of flair… something more like the Purple Turrids of Hemilienardia. 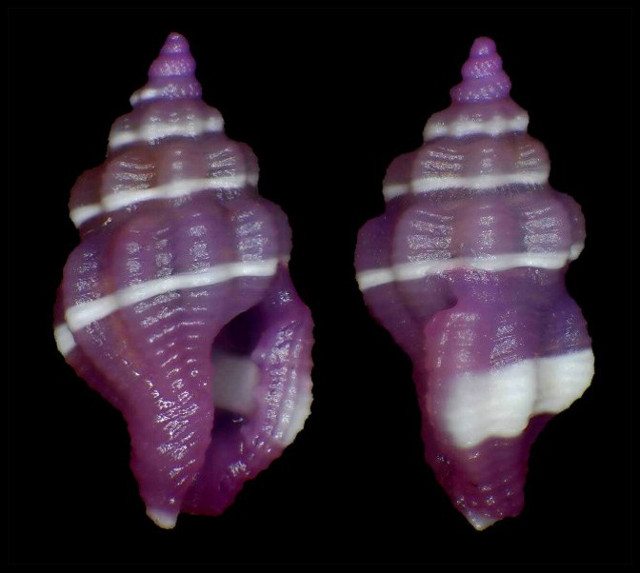 The shell of Hemilienardia malleti appears to vary considerably within the species, both in color and surface texture. Credit: Simon’s Specimen Shells

The eight species classified in this genus belong to a highly diverse (~4,000 species) and poorly known group commonly referred to as turrids. These were long classified as the Family Turridae (hence the name), but recent genetic study has resulted in around a dozen newly recognized families, of which Hemilienardia finds itself placed in Raphitomidae. Obviously, such taxonomic pedantry is only of interest to the most ardent of malacology nerds…

Turrids happen to be a close relative of the infamous cone snails. Both groups are predatory and share similar modifications to their radula—the rasping mouthparts common to snails—which enables it to function like a hypodermic needle. The substances injected with their “bite” are some of the nastier naturally occurring toxins in the ocean, exemplified most prominently by potentially lethal species like Conus textile and C. geographicus, but, for miniscule snails like the purple turrids, little is known regarding their toxicity. 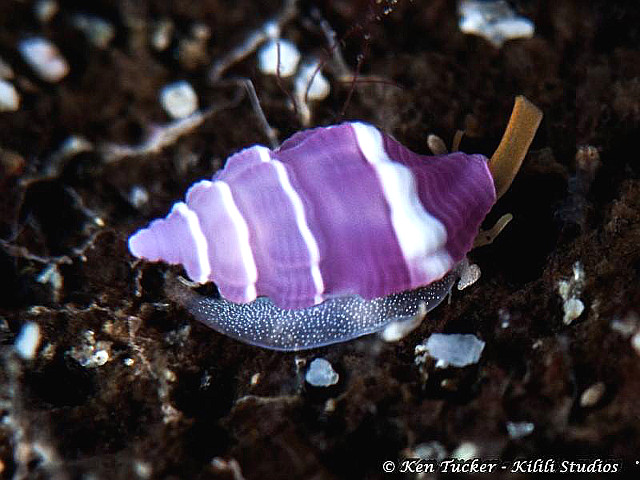 A specimen observed in the Philippines. Maximum size for these appears to be around five millimeters. Credit: Ken Tucker – Kilili Studios

There is actually very little we do know about Hemilienardia. Even basic questions like “What do these eat?” remain completely unstudied, though turrids are generally presumed to feed heavily upon sedentary polychaete worms. Many of these worms are commonly found in our aquarium sandbeds, where they provide an important custodial service—for this reason, turrid snails might be considered a nuisance. 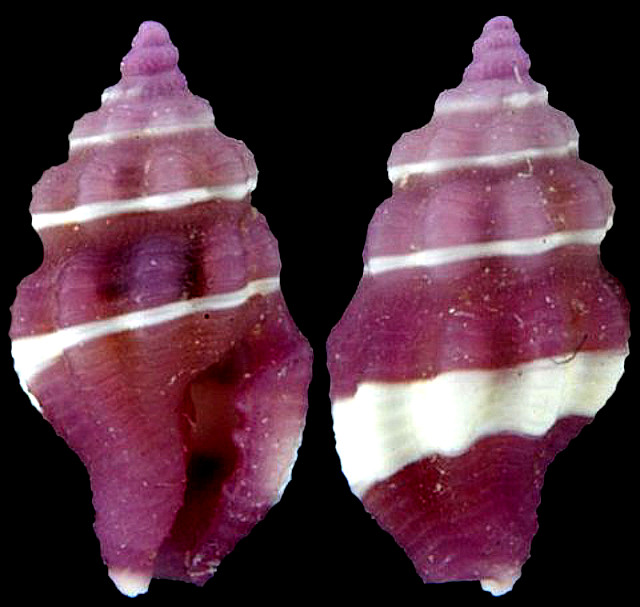 While they may not necessarily be wanted, tiny turrids are not an uncommon find in large, well-stocked reef aquariums, as they’re more than capable of hitchhiking in on pieces of coral. They can generally be recognized by their elongated shape and the prominent siphonal notch at the front of the shell, though accurately identifying such diminutive gastropods is not a task for the faint of heart. Most turrids are essentially unidentifiable without great effort, and, alas!, the pretty purple species seen here are not likely to be encountered, as most aquarium specimens come in camouflaged shades of cream, beige and ecru. 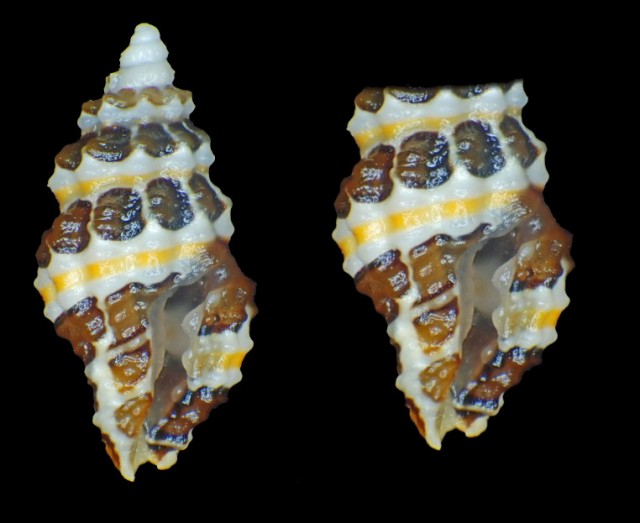 Hemilienardia ocellata is a striking creature as well, quite distinct from the purple hue of most in its genus. Credit: Y. P. Cheng

One can’t help but wonder why Hemilienardia is so colorful… of what use is its pulchritudinous shell? Why does this miniscule snail flaunt about the Indo-Pacific in such gaudy garb? These are the questions that keep me up at night, questions for which we might never have an answer. But isn’t that the allure of coral reefs—their unbridled biodiversity, the endless discoveries to be made, the boundless beauty to be admired.