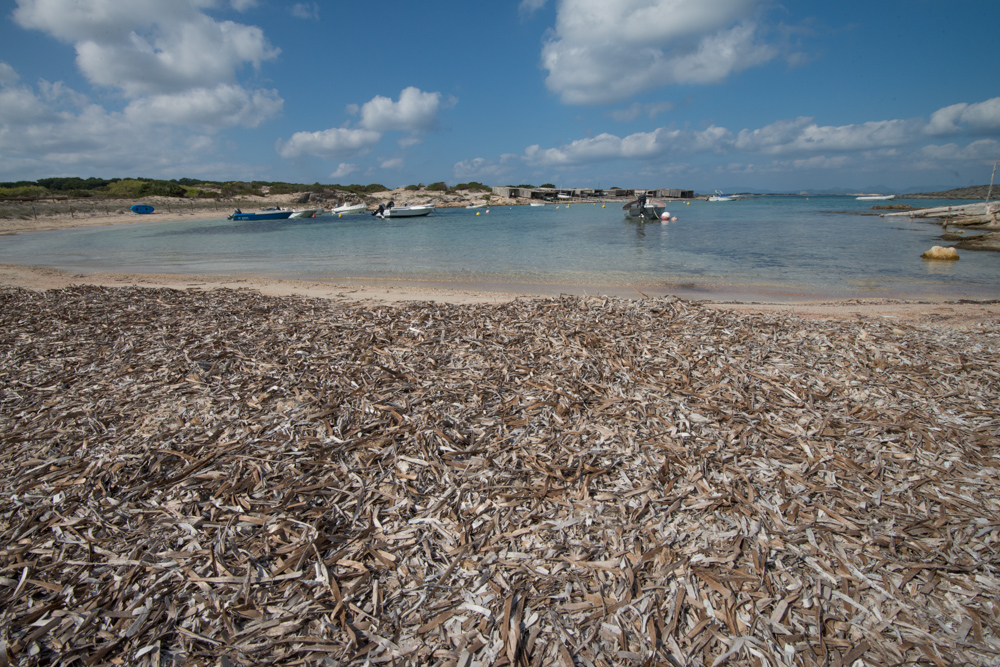 It may spoil the image of fine sand and clear waters, but seagrasses are remarkably important.  Not only do these unusual plants protect coastlines from erosion and provide refuges for fish and invertebrates, but it turns out they are astoundingly good at locking up carbon, and they’ve been doing it for millennia. 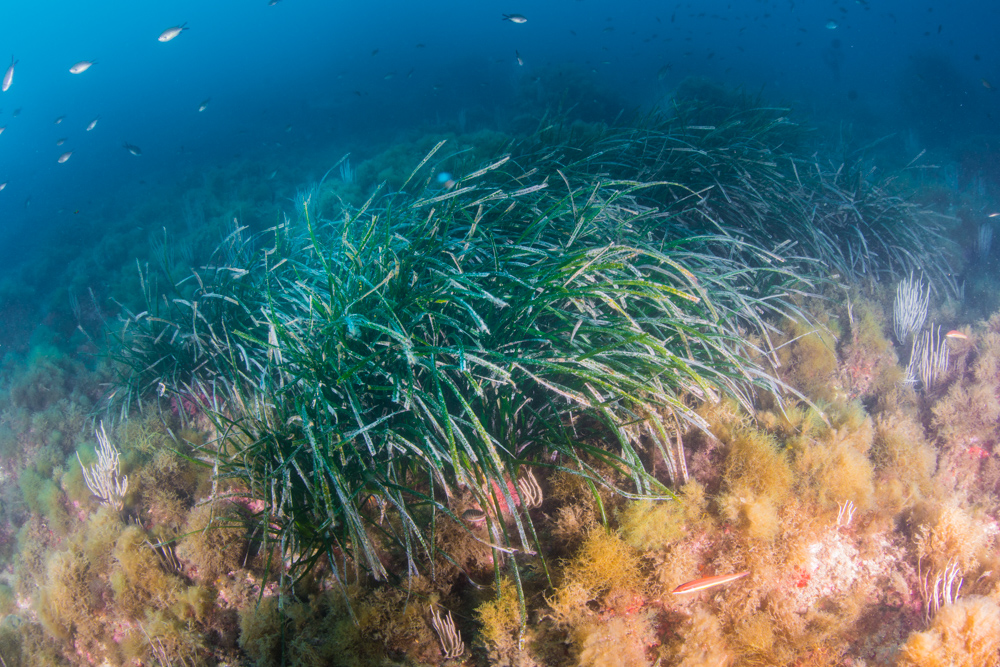 a Posidonia reef off the Greek island of Alonissos

Tourists tend not to like seagrass; they want sandy beaches and clear water, they don’t want their beaches covered in dried seagrass leaves, which is a shame as these remarkable plants provide a number of ‘ecosystem services’ that we shouldn’t take for granted. 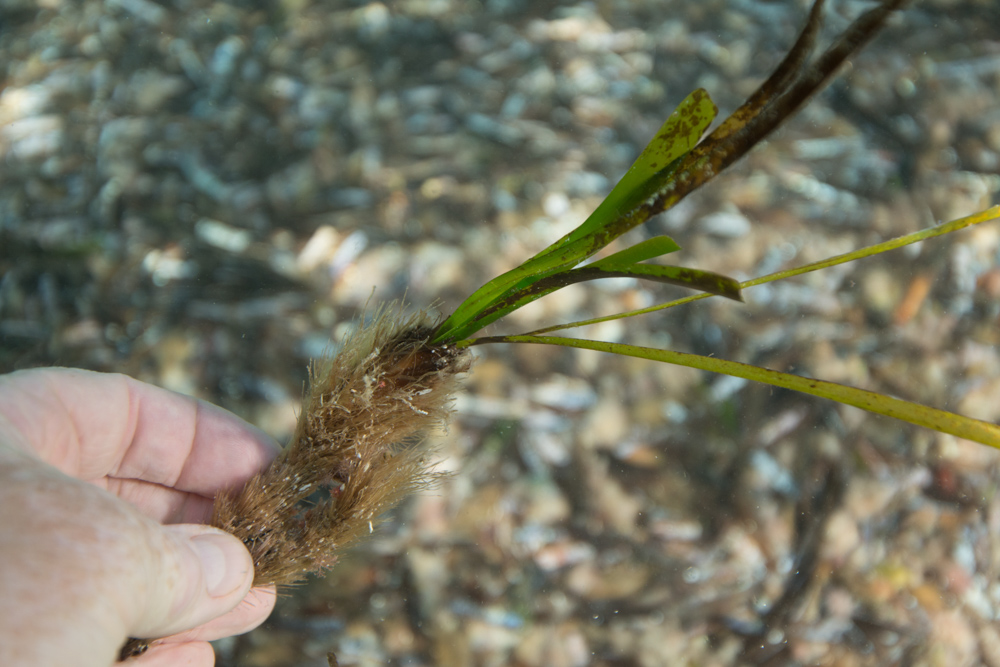 On a recent diving trip to the Balearic islands in the Mediterranean, I discovered a new found appreciation for this group of plants, particularly Posidonia oceanica.  Not only are seagrasses one of the few ‘true’ plants that can tolerate a marine existence, but sampling and DNA evidence shows this species can be incredibly long lived, with individual specimens able to cover acres of sea floor.

In the pictures below you can see one of the oldest known Posidonia beds in the world. Estimates vary, but figures in excess of 100,000 years have been suggested. 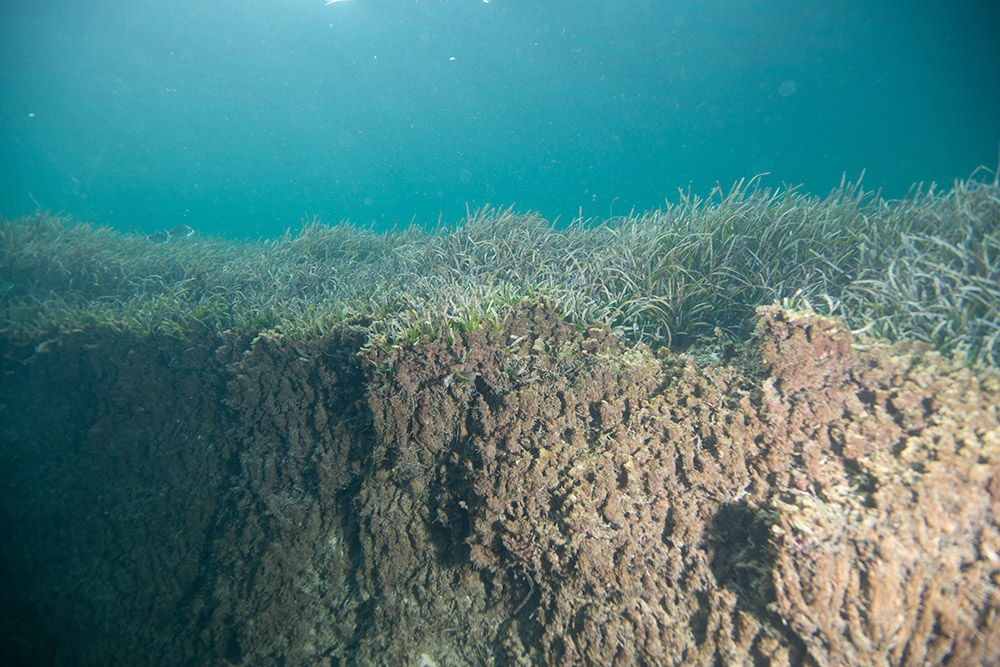 While this might not be the best picture I’ve ever taken, you can see how the plants’ roots have created a reef of compacted plant material, which is analogous to peat, being an anoxic mass of dead material. It has been estimated that posidonia beds like these are twice as efficient in locking up carbon as rainforests on an acre by acre basis.

The ability for marine plants (mangroves and mudflat species as well) to sequester carbon from the ocean and the air has lead to the term ‘Blue Carbon’ being used, with policy makers being encouraged to see that protecting seagrass meadows is a ‘no-brainer’ in terms of flood protection, fisheries management, and meeting climate change objectives. Everyone wins. 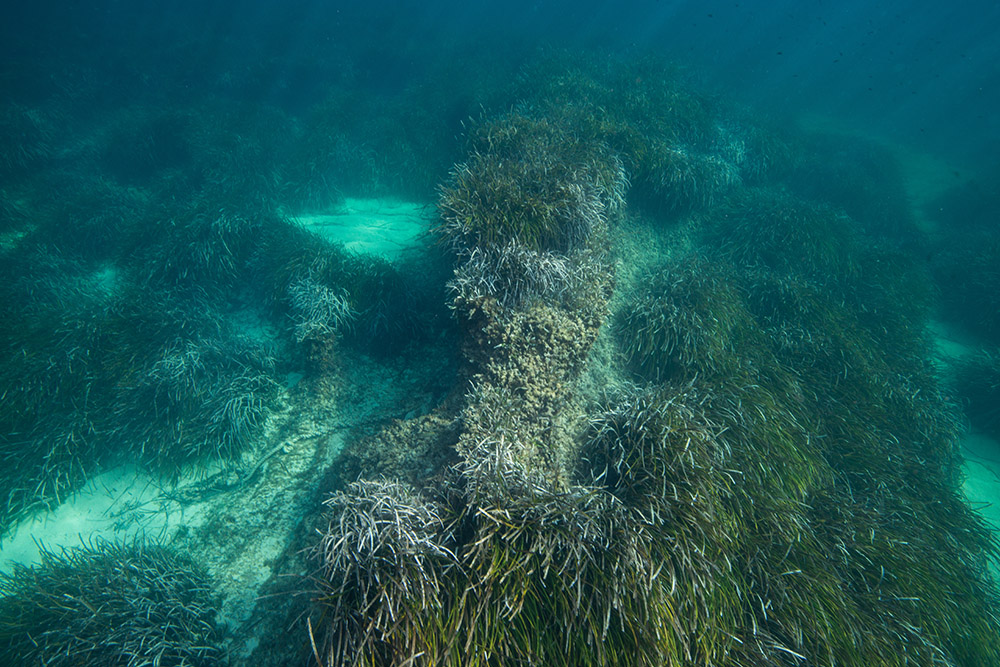 Sadly, Posidonia meadows are threatened from physical damage due to boat anchoring and from pollution in the form of untreated sewage.

While seagrass might not be popular with tourists, it is certainly popular with conservationists. Seagrass leaves on the beaches protects them from storm damage, which in turn protects adjacent ecosystems. I suspect that the wind-blown posidonia then contribute to the fertility of the land behind the beaches as well. 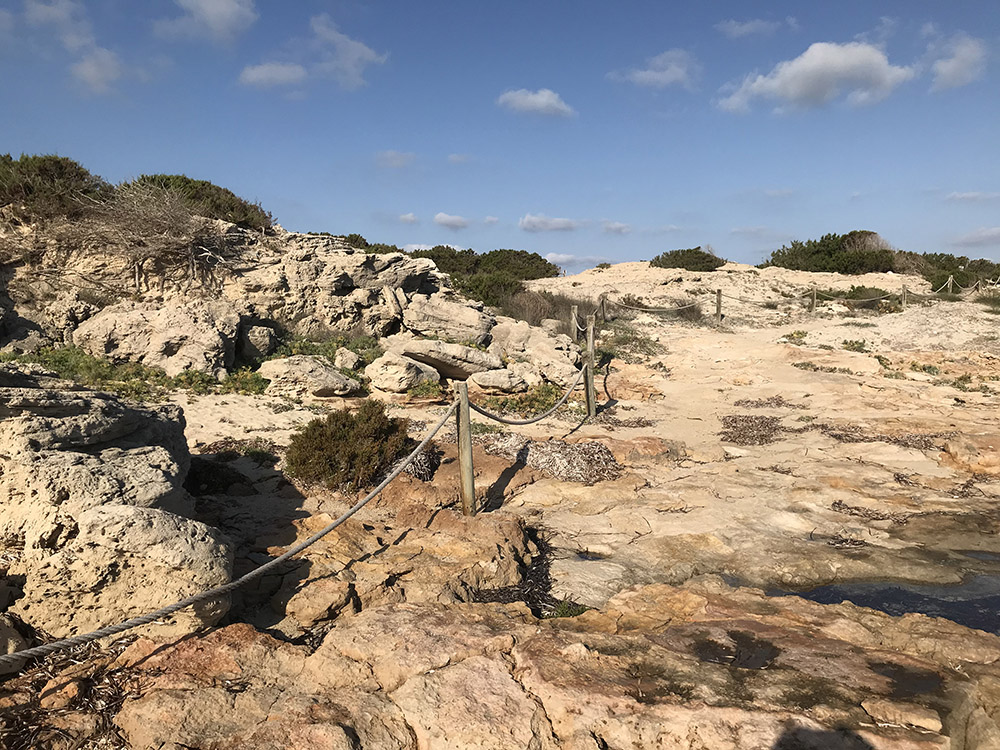 You can see here that dead seagrass is being washed ashore where it is then blown onto the parched landscape. In the past the dried seagrass was used for animal bedding; as it was still slightly saline it had antiseptic properties.