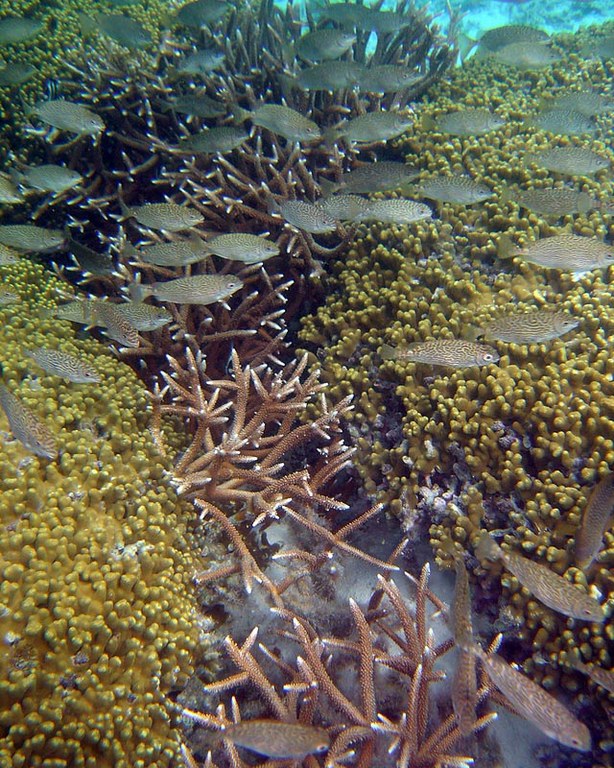 
News release by the University of Queensland

The cost of transforming the world’s energy systems to address rising carbon dioxide levels is little more than one-tenth of one per cent of growth in global gross domestic product per annum, according to a University of Queensland researcher.

Professor Hoegh-Guldberg is the coordinating lead-author of the Oceans chapter in the next Intergovernmental Panel on Climate Change report.

He cites an IPCC analysis which shows that slowing global GDP growth by 0.12 per cent a year over the next 50 years will stabilise global temperature.

“That expenditure is the equivalent to taking off one year of GDP growth over the next 50 years,” Professor Hoegh-Guldberg said.

“It would enable atmospheric concentrations of carbon dioxide to stabilise at levels that will give coral reefs a chance.

“Without this action, they don’t stand a chance.

“It’s very clear that we have one last opportunity to make the changes that are needed to preserve this brilliant and economically important ecosystem on our planet.

“And the costs are minimal when they are aligned against the huge and impossible costs of trying to adapt ecosystems like coral reefs to the changes being inflicted on them.”

Reef restoration methods – while effective at some local scales – are not economically-viable on a large scale, according to Professor Hoegh-Guldberg.

“If we then decided that we would want at least 20 different species within those communities, the cost would be $4,000 billion. The numbers are quickly astronomical and impossible.”

Professor Hoegh-Guldberg said as the situation now stood, modelling for the upcoming fifth assessment report of the IPCC showed that under most scenarios coral reefs were in extreme peril from warming oceans.

He said as temperatures increased, so would the frequency of ‘killer’ coral events.

“Considering that coral communities take at least 10 to 20 years to recover – having a mass bleaching event every two to three years is essentially to admit that those coral communities no longer survive and recover,” he said.