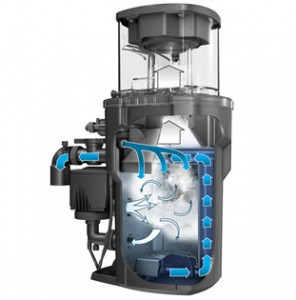 Nitrates can be the bane of existence for many reef aquarists. They aren’t nearly as toxic as nitrite or ammonia and unless they exist in very high amounts (excess of 50-100 ppm) they don’t have a tremendous effect on fish. The problem is that nitrate is a growth fuel for algae, including zooanthellae within coral tissue. I often tell aquarists to think of zooanthellae like a case of ring worm in human beings. When kept in check, this particular ring worm provides you with energy and nourishment. Under proper conditions, your body simply ignores its presence, enjoying all the extra energy. If some environmental or biological condition causes it to grow too much, your immune system kicks in, fighting off the ring worm and robbing you of all that excess sustenance. This is how zooanthellae exists within coral tissue. Under proper conditions it provides nourishment, allowing the natural colors of a coral to shine through. When nitrate is present, the zooanthellae takes off and the coral’s biological processes perceive it as a threat. The coral expels the zooanthellae and usually perishes shortly after from starvation. If we seek to keep corals of any species with dramatic coloration, it’s best to have no nitrate within the water, or barely measurable amounts.

There are a lot of ways to remove nitrate, and nitrate filtration is something within the hobby that has become very popular these days. Everything from refugiums to bio-pellets is aimed at removing nitrate. Often, I hear reef keepers comment that their protein skimmer aids in nitrate removal. In reviews of popular skimmers online, aquarists comment that adding the skimmer resulted in a dramatic reduction of nitrates. Do protein skimmers really remove nitrate? It would seem like they could, considering all the thick, green, smelly waste that accumulates within a collection cup. Let’s take a look at protein skimmers and their ability to remove nitrates within a marine aquarium.

How do skimmers work? Reefing 101: 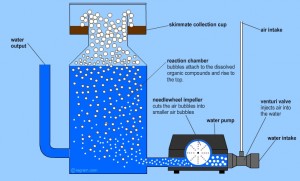 Protein skimmers are also known as foam fractionators and they remove organic compounds from water. Believe it or not, they are most popular in commercial water treatment facilities and public aquariums. Skimmers use the polarity of a particle to remove it, primarily pulling out the proteins and amino acids within food particles. Compounds such as fat are hydrophobic and compounds such as sugar, amino acid and salt are hydrophilic. Large organic compounds are both hydrophobic and hydrophilic, being referred to as amphiphilic. Skimmers work by creating an air water interface and the smaller the bubbles, the more waste that is removed (Hence why so many skimmers have plates and impellers designed to reduce bubble size).

Large amounts of bubbles create surface for organic molecules to accumulate on. As long as the bubble doesn’t burst, it becomes saturated with organic matter until it’s pushed into a collection cup. Within a skimmer a lot is going on, molecules with a strong bid to the air/water interface push molecules with a weak bond off, allowing them to be picked up by another bubble.

A common misconception among aquarists and skimmer manufacturers is that increasing dwell times is good. In fact, some skimmers use increased dwell time as a selling point. This is a misconception, it is not necessary to increase the time that air and aquarium water are in contact. Dwell time often does nothing to increase skimmer performance. Once a bubble is saturated with organic molecules, or bound with strong organic molecules, its usefulness at removing them is over. This process happens very quickly.

Skimmers are also used to gently harvest algae and phytoplankton for live culture, as they remove the minute organisms within water, keeping them alive.

Do they remove nitrate? 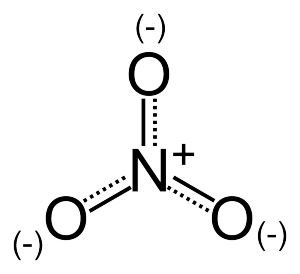 The answer is a definitive no! Protein skimmers do nothing to remove nitrate within the water. That thick, smelly gunk you empty from your collection cup is not riddled with nitrate. Skimmers remove waste before it has a chance to be broken down into nitrate. It does take some of the load off the biological filter and could lead to reduced nitrate over letting organic molecules be broken down biologically, but your skimmer isn’t pulling any nitrates from the water.

If there is something generating nitrate within your tank, perhaps an aerobic bacteria based filtration device, a protein skimmer can do nothing to correct that. Nitrate removal is perhaps the most difficult form of filtration to accomplish, especially if you aren’t using an export system such as macro-algae. Anaerobic bacteria which breaks nitrate down into harmless nitrogen gas prefers oxygen depleted water, such as a stagnant garden pond. In our reef aquariums we seek to create oxygen rich environments, and anaerobic bacteria is relegated to cracks and crevices within live rock or deep within the sand bed. Since skimmers raise the dissolved oxygen content of aquarium water, they actually work against harvesting anaerobic bacteria. If you look at nitrate reduction reactors, almost all have slow flow rates and are packed with media that creates a tight surface, so that water flowing through doesn’t generate oxygen.

Since protein skimmers don’t remove every form of organic matter, which can biologically be converted to nitrates, it simply cannot be considered a method of nitrate removal. Skimming certainly improves water quality by removing proteins, but doesn’t pinpoint nitrate and remove it.

Are skimmers even necessary? 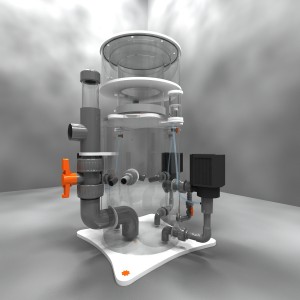 Protein skimmer function is wildly misconceived over internet reef forums. Some aquarists consider them the be-all and end-all of aquarium filtration. While I consider a good, powerful skimmer a filtration system’s heartbeat, many different aspects need taken into consideration. Corals and fish rely on various amino acids. Amino acids are the building blocks of life and aid greatly in fish and coral health/growth. Protein skimmers remove them without prejudice. Also, skimmers remove a variety of helpful compounds from the water. Powerful skimmers have the ability to strip the water column bare of organic molecules that the animals within rely on.

It’s for this reason that their use needs to be carefully considered. Any aquarist relying on systems such as zeolite, will find protein skimmer use to be counterproductive, as the skimmer will remove the beneficial additives that make zeolite function. Running a protein skimmer 24/7 often isn’t having the effect aquarists are hoping for, simply because the skimmer is removing everything from the water.

Since protein skimmers aid in ph stabilization and water oxygenation, using them at certain times is highly beneficial. For example, I run my protein skimmer at night, when photosynthesis stops and oxygenation aids in diluting carbon. This prevents ph swings. During the day, when zeolite shaking and dosing takes place, the skimmer remains off. 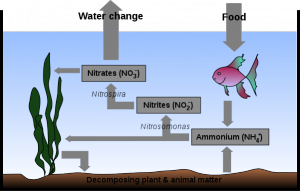 As I see more and more highly powerful skimmers entering the market, I watch as aquarists rush out to get one slightly more powerful than the last. Many of the popular features on skimmers do very little to increase efficiency or improve overall water quality in the aquarium. Skimmer use is important in marine aquaria, but takes constant adjustment and thought to perform correctly.

Nitrate removal is best accomplished with an export system such as macro-algae, or biologically using specialized reactors and media. Blindly skimming the water of all protein often causes aquarists more problems than it fixes. As we see methods such as Triton emerge, that use careful scientific analysis of elements within the water to increase aquarist’s success rate with captive reefs, it will be interesting to learn just how many beneficial elements skimming removes and if it’s possible to achieve harmony between removing unwanted proteins and maintaining crucial elements.