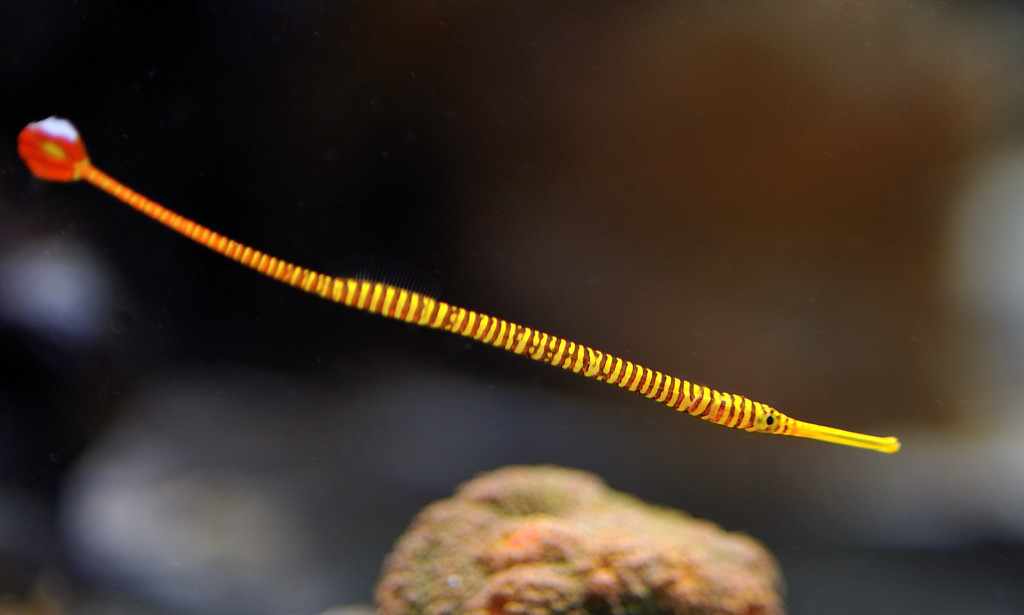 I have always been fascinated by pipefish and a while back decided to set up a small system dedicated to keeping the yellow banded pipefish. Due to a problem with this tank, I had to remove the fish and not having another place to put them, I decided to put them in my 500G SPS coral reef and hope that they would survive. The 500g reef was completely the opposite of the tank that they were in – small, low flow and no other fish to bother them. The 500G reef was a SPS coral reef with strong water flow and 40+ other boisterous fish. I thought these pipefish would have a tough time surviving. To my astonishment the other fish pretty much left them alone, and strong currents did not seem to bother them much. At first they were not feeding on anything other than picking off the rocks and occasionally grabbing at the cyclopeeze. They soon started hanging out together and were always out and visible. They eventually started eating the small mysis shrimp and doubled in size.

These fish are very striking and catch the attention of everyone who sees the tank. The expensive and rare fish are completely ignored by the visitors who are completely taken in by the pipe fish. Last summer before leaving on vacation I was pleasantly surprised to see one of them carrying eggs along the length of its body. Truly a fascinating sight. Unfortunately, I did not get a good picture of the fish carrying the eggs that evening. When I got back from vacation, the second pipefish was nowhere to be found. The other pipefish is still alive, doing fine and grabbing all the attention from visitors. I was really surprised by the ability of these pipefish to live and thrive in a SPS dominated coral reef with very strong water flow and in the company of 40+ other fish. 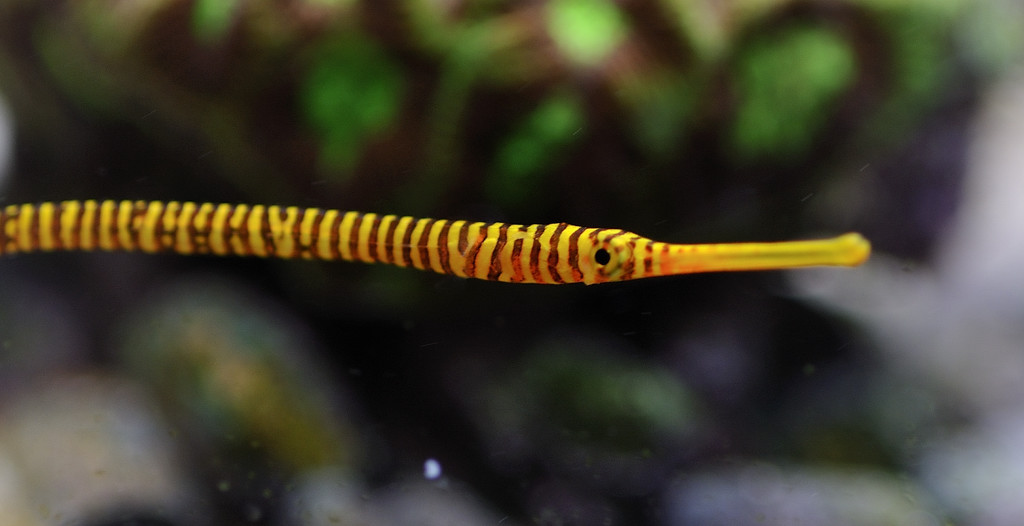 I am looking to add a few more in the hopes of creating yet another pair. I have also heard that these pipefish are monogamous, and pairing it may be difficult. Would multiple pairs thrive in a large 500G aquarium? There are a lot of questions and few answers that would further help push the boundaries with these fish. If you have any suggestion and ideas on pairing the yellow banded pipefish I would love to hear them.