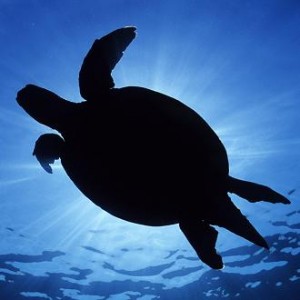 Rainforest of the Sea opened last month at the Horniman Museum & Gardens and runs till 15 September. Entry to the exhibition is free.

A new photographic exhibition at the Horniman Museum & Gardens captures the underwater wonders of the coral triangle. Rainforest of the Sea (opening 9 March) features stunning photographs of sea creatures in Borneo, and highlights the diversity of coral reefs, as well as the threats facing one of the world’s richest habitats.

Marine biologist and photographer Jamie Craggs worked without the aid of digital photography to create the series of striking underwater shots – from a turtle silhouetted against an azure sky, to close encounters with a longhorn cowfish, a bumblebee shrimp and a hairy squat lobster.

Jamie says: ‘Coral reefs are often called the “rainforest of the sea” because, like rainforests, they are one of the most biologically diverse habitats on the planet. These photos weren’t taken with an exhibition in mind, but the threats to this amazing underwater world are so great that I wanted the images to do some good. I hope Rainforest of the Sea will not only show visitors the beauty and wonder of the coral reef and its creatures, but also raise awareness of the importance of protecting them for the future.’

Jamie has worked on coral reef expeditions in the Philippines, as an underwater cameraman in Borneo and as a professional aquarist in the UK. He is currently the Aquarium Curator at the Horniman, overseeing a collection of 2,500 live specimens from 150 aquatic species. He specialises in coral biology and is working with international organisations to conserve coral reefs and better understand the impact human life has on these fragile and globally important habitats.