Note this specimen seems to have been damaged and regrown. Credit: unknown

This small species is part of an immense genus of some 77 recognized taxa, though not all of these are thought to form a single group, and new genera are likely to be described in due course. Some eleven species are reported from Japanese waters by Cairns, and this species is tentatively identified as C. cf scobinosa based on its cornucopia-like shape. It is reported from waters below 500m. 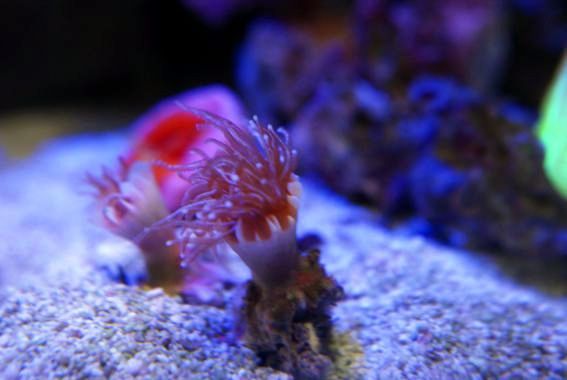 This specimen illustrates the typical attached form of Caryophyllia, though the unrelated genus Javania has a similar look. Skeletal analysis is needed to determine which is correct. 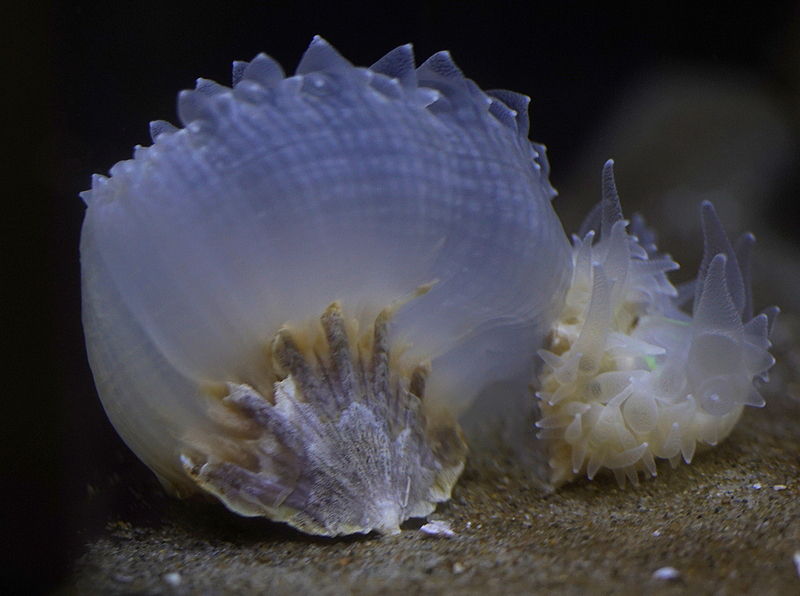 If this coral reminds you of Rhizotrochus, it’s for good reason: both genera are placed in the family Flabellidae. The easiest way to differentiate between them is to look for the rootlike skeletal growths at the base of large Rhizotrochus specimens (“rhizo” being Greek for root). 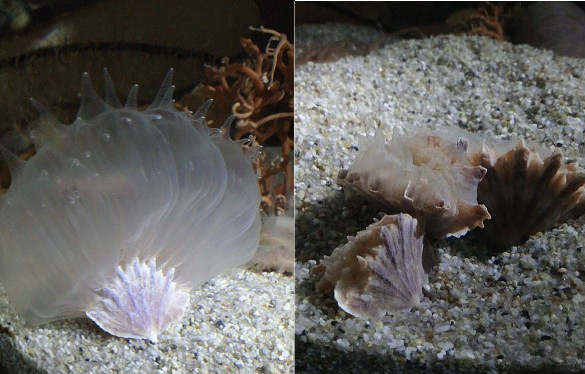 There are at least two species of Flabellum which have been kept by Japanese aquarists. At least eight species occur in Japan, and most are challenging to identify without a good look at the skeleton. Flabellum deludens is an exception, though, as it has a crown-like thecal edge similar to what we saw in Stephanocyathus. 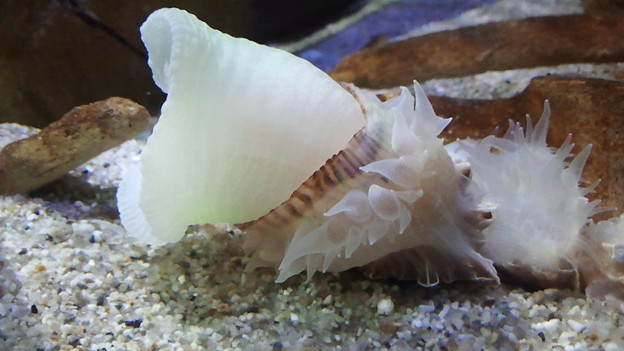 Seems to be eating an anemone? Credit: Sea Bros 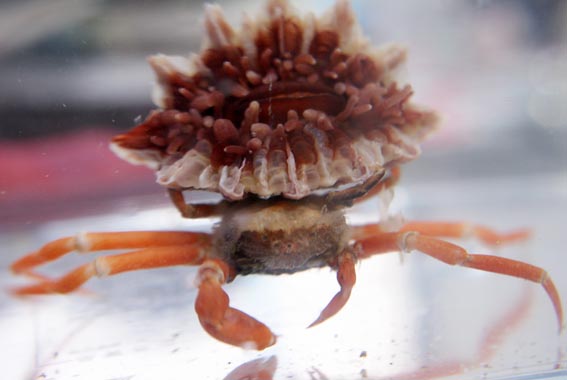 This species is reported from 115-1035m and ranges throughout the Indo-Pacific. The largest reported size is 53mm across. Presumably it is being trawled as bycatch from silty flats.

This species can be recognized by the slightly scalloped edge to the thecal wall and the rounded shape relative to its more compressed congeners. It lacks the crown-like thecal edge of deludens, the only species which it is likely to be confused with. Rhizotrochus is also somewhat similar, but the base of the skeleton is without any outgrowths in this species. Another similar species, Flabellum apertum borealis, occurs in deeper (300+ meters) waters and could possibly be collected.