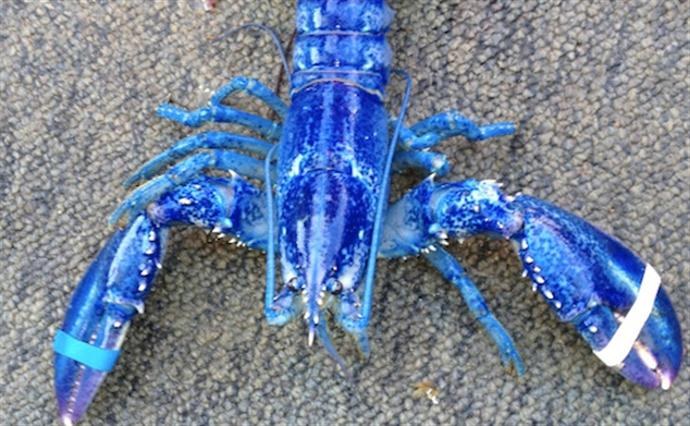 
The mutation causes the lobster to produce more of a specific protein that gives the shell the bright blue hue that makes it a true blue beauty.

Lobsterman Bobby Stoddard caught this rare lobster in May and it’s the first lobster he has seen in his 33 years of lobstering. His father, a lobsterman of 55 years has only seen this phenomenon once before 45 years ago.

Knowing that it was rather rare, Bobby attempted to donate it to a local ocean institute; However, they were uninterested in the donation. Until things change, the lobster will reside in a holding tank at Stoddard’s place of business.