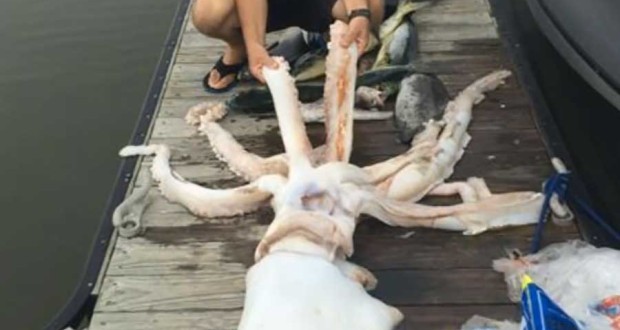 A 10-foot, 200 lb giant squid was found dead by Angler Michael Belvin, and his friends, about 100 miles off the Coast of Texas. This is only the fourth giant squid ever reported found in the shallow waters of the Gulf of Mexico. It is rare to see these deep sea creatures so far out of their element. Not as much as we would like is known about these somewhat mystical animals, since their deep sea environment makes them difficult to study. Belvin told media that it took him and his friends several minutes to get the squid out of the water and unto their boat.