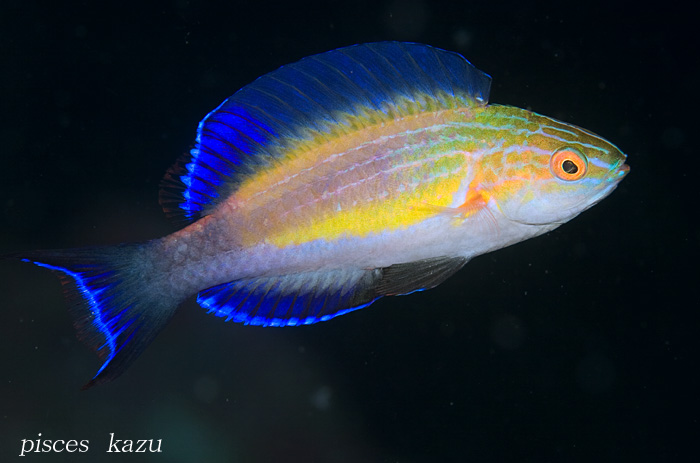 Native to the Northwest Pacific, this tepid-water species found at a depth of 30 to 55 m (100′ to 180′) has been reported in the Okinawa and the Ogasawara Islands (Japan), off the Taiwanese coast at Lanyu and Lyudao, and in Indonesia near Bali and Sangihe Island.  Specimens of this species rarely exceed 3 1/4″ to 3 1/2″ inches.

As you might guess, the common name for this fairy wrasse comes from the distinct crescent shape of the tail.  As terminal males develop a blue, moon-like shape within this crescent, I can only speculate this caudal feature also gave rise to the Latin species designation.  However, let’s not call them a Lunar Wrasse, as that common name is used for an entirely different species of Thalassoma wrasse.

Found wildly in harems (as all Cirrhilabrus wrasses), this species is highly sexually dichromatic, meaning there is an acute difference in color between males and females.  However, unlike many Cirrhilabrus species, the females are also quite striking. 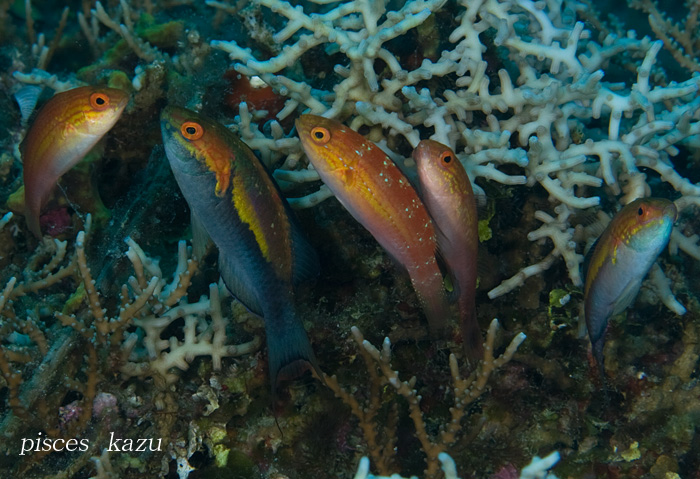 A harem of Cirrhilabrus lunatus; a terminal male second from left, a sub-male on the right, a female on the left and two in center. Photo by Pisces Kazu 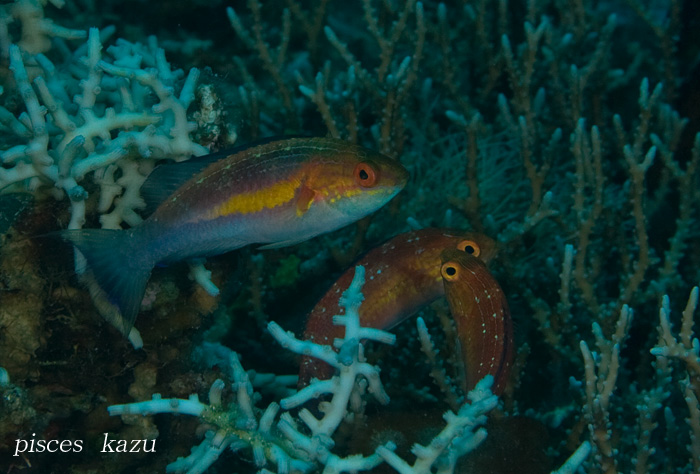 Within the past couple years, this species has become available in the United States in relatively small quantities, with heavy price tags.  Males have been fetching upwards of $450, and females upwards of $300.  While most males recently imported have fared well and adapted to aquarium life, females have proven much more difficult.  They are extremely shy and take a great deal of attention in order to successfully adjust them to captive life.  While I personally keep a male of this species, I was unfortunately not successful in my attempts to keep a female alongside such.

A flashing terminal male of this species is quite the sight to behold.  It’s a show up there in the top 10 of Cirrhilabrus wrasses.  Vivid yellows and oranges on the body fade into inky black and blue finnage with reddish-gold highlights, all while electrified by a set of actinic lines which run longitudinally along the body.

On that note, here are some fantastic photos to close on: 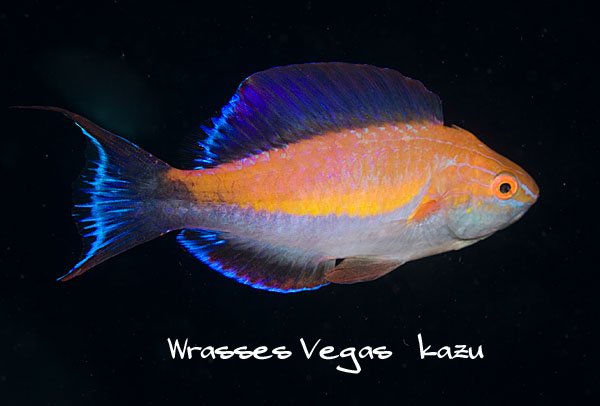 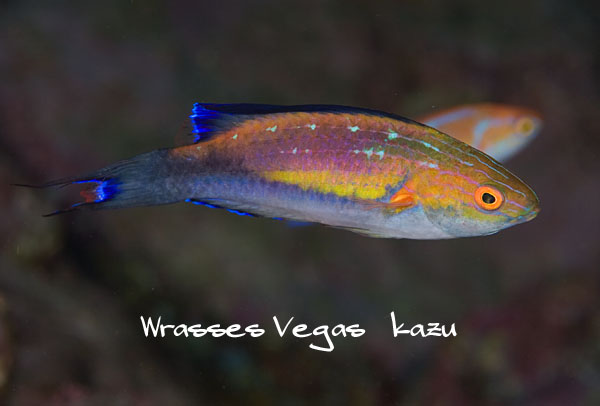 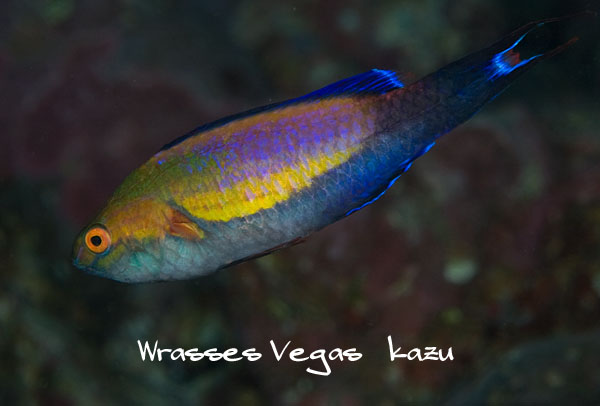