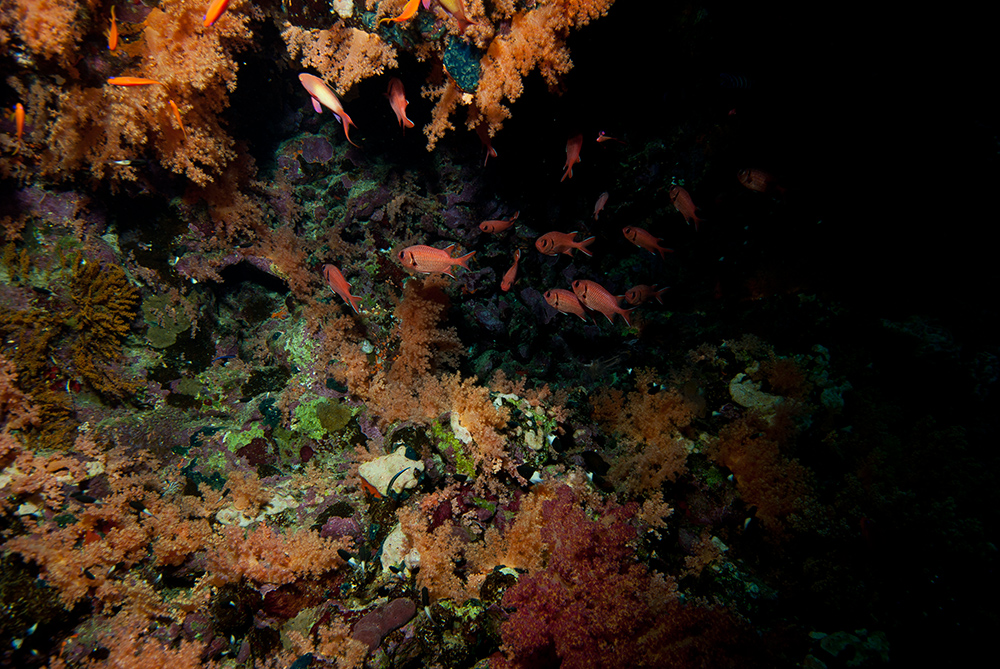 Caves, caverns, and overhangs are some of the most interesting areas to explore on a reef, they also add a huge amount of structural diversity as well as species diversity to the entire reef system. Fake caves, or shipwrecks as they’re more commonly known, are also deeply fascinating.  Here are a few images you might find interesting. 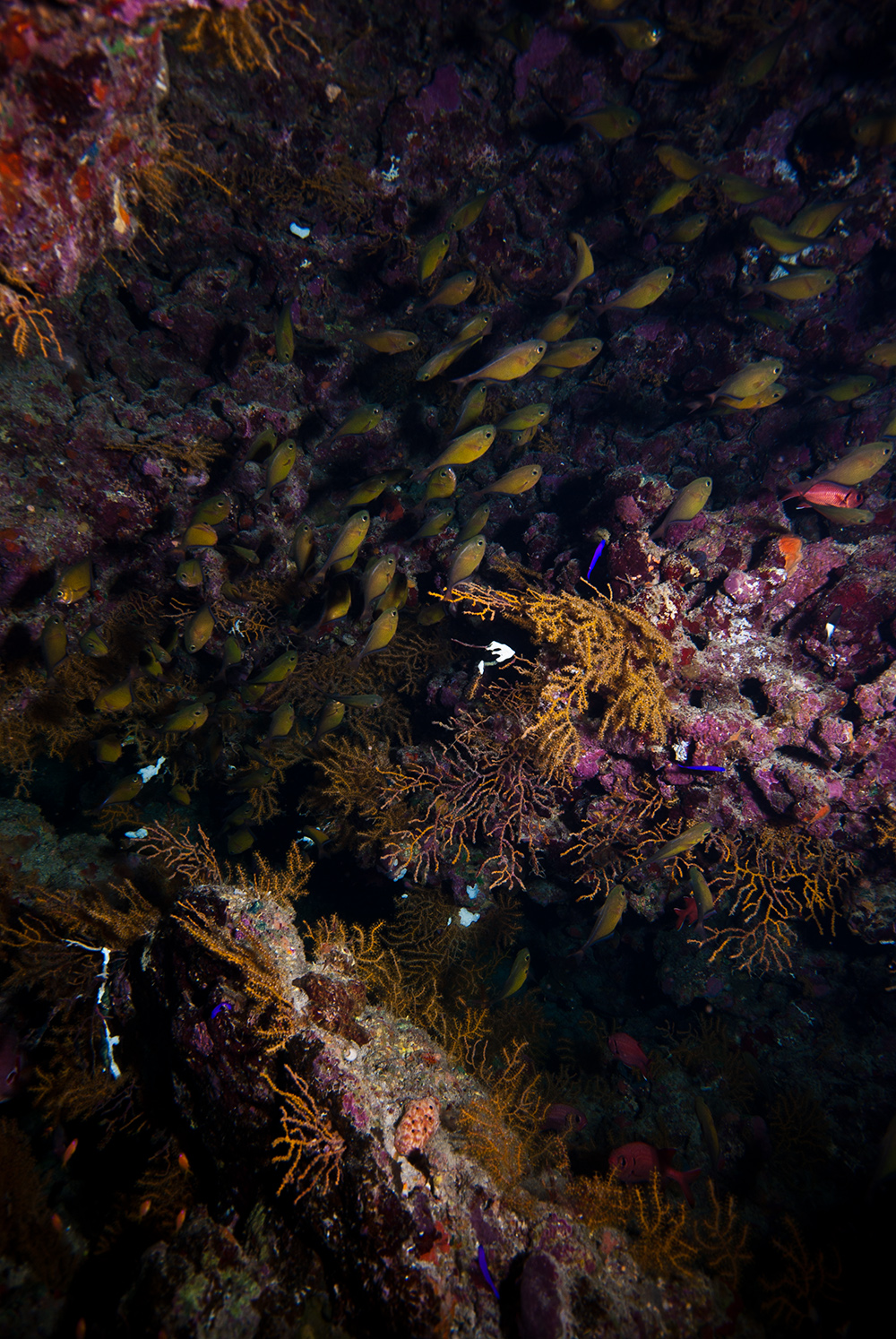 In the picture above you can see a natural cave, with very little daylight reaching it.  Amidst the gorgonians (I’m sorry I’m not able to identify the species with accuracy) swims a shoal of Pempheris Schwenkii I believe.  These nocturnal fish will hunt on the reef during the night.

You can also see a number of Orchid Dottybacks, each busily maintaining its territory. 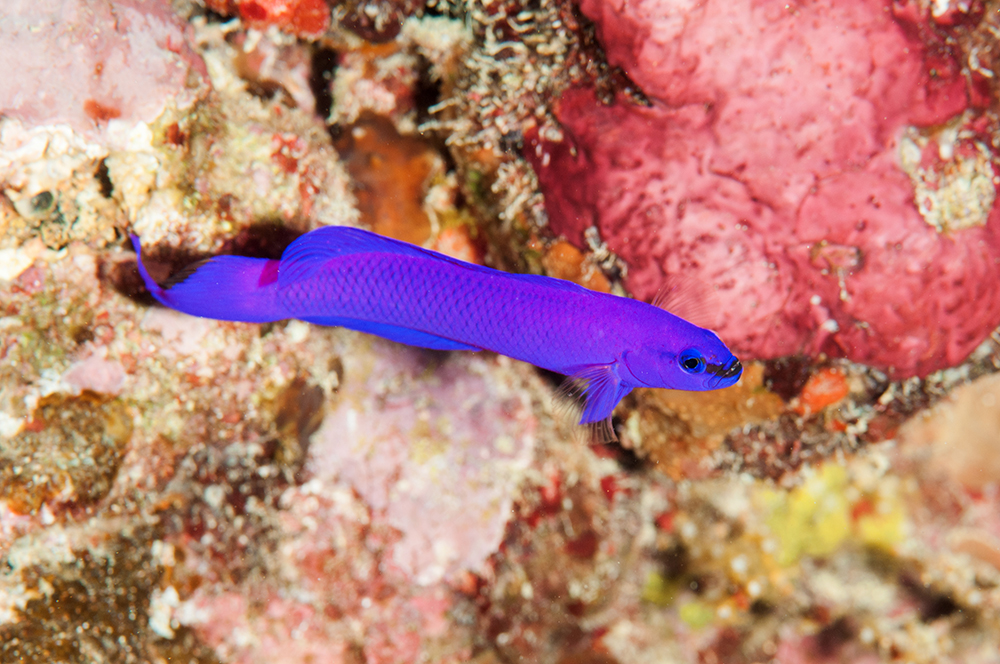 I find dottybacks hard to approach, and have yet to get a decent image of one 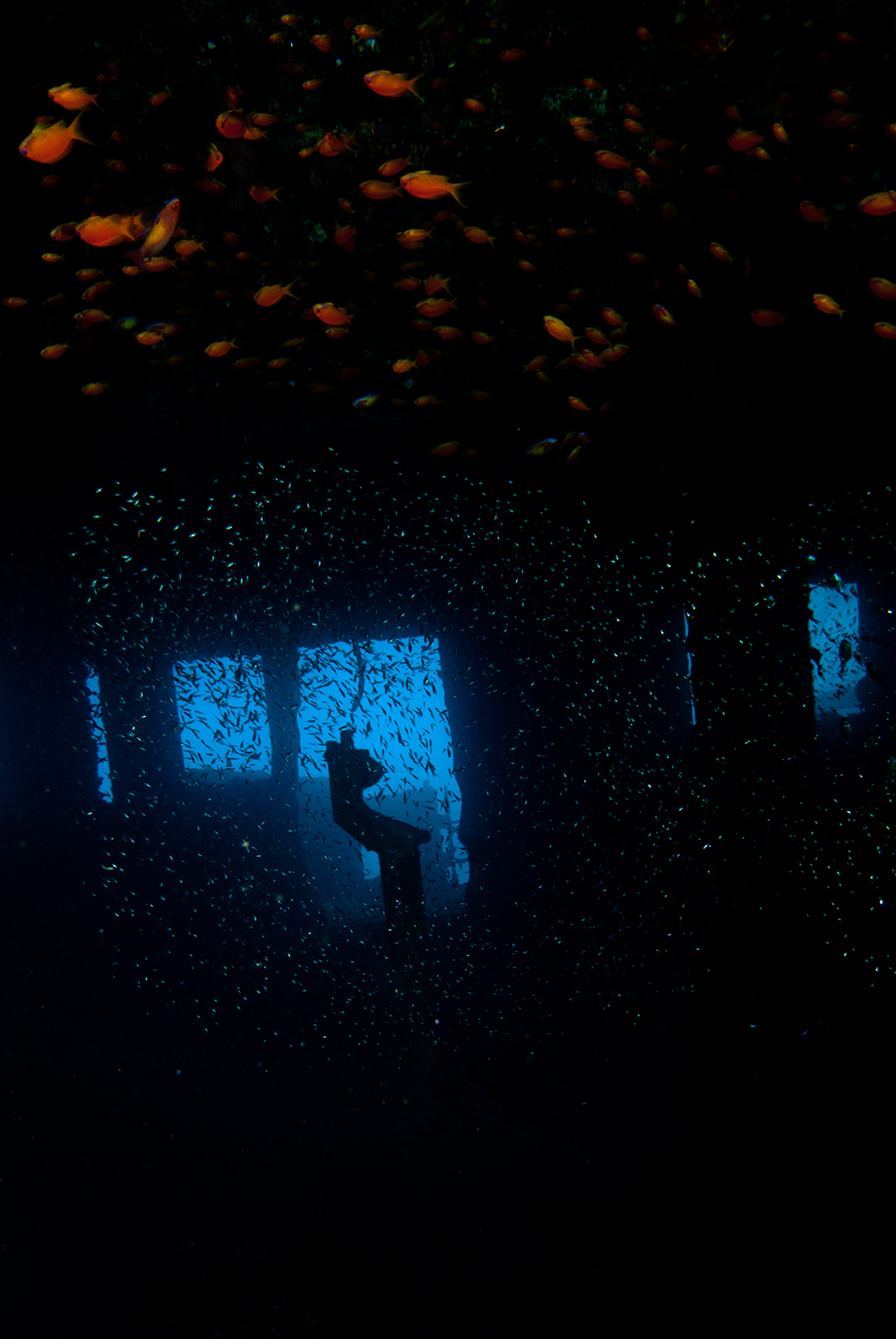 This image is the first of my ‘fake’ caves.  It’s the interior of a ship sunk in the 1980s.  What you’re seeing in front of the windows is the helm, missing the wooden wheel. The bridge is now home to thousands of glassfish and above them, entirely happy with their unconventional orientation, is a shoal of Pseudanthias squamipinnis.  Such behavior is quite common, with many cave species considering the roof to be the surface to hover ‘over’. 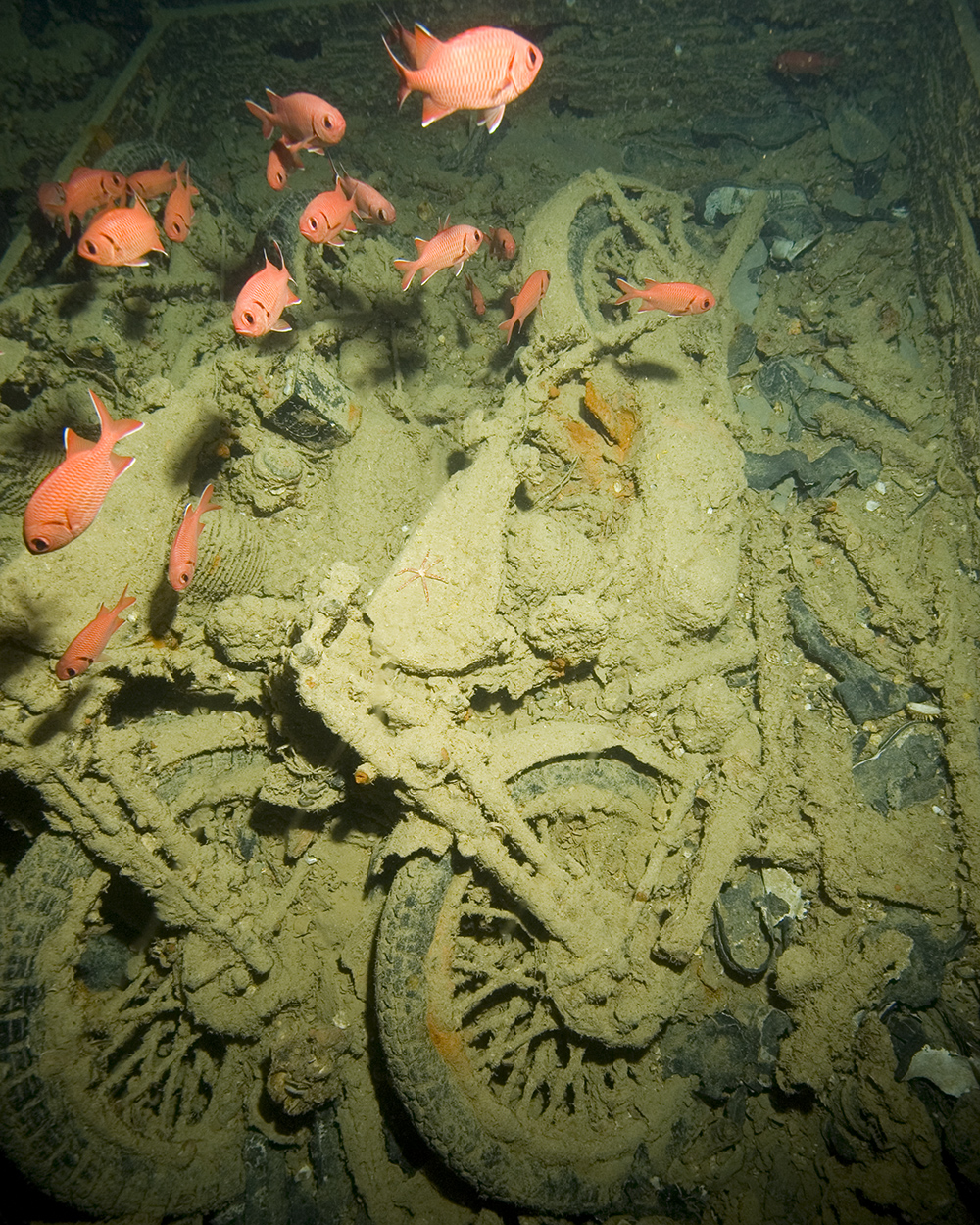 This shot from the hold of the SS Thistlegorm in the Red Sea shows  a shoal of nocturnal Blotcheye soldierfish (Myripristis murdjan).  Its large eyes hint at its night time hunting ability.  You can see the same species in this post’s lead image.