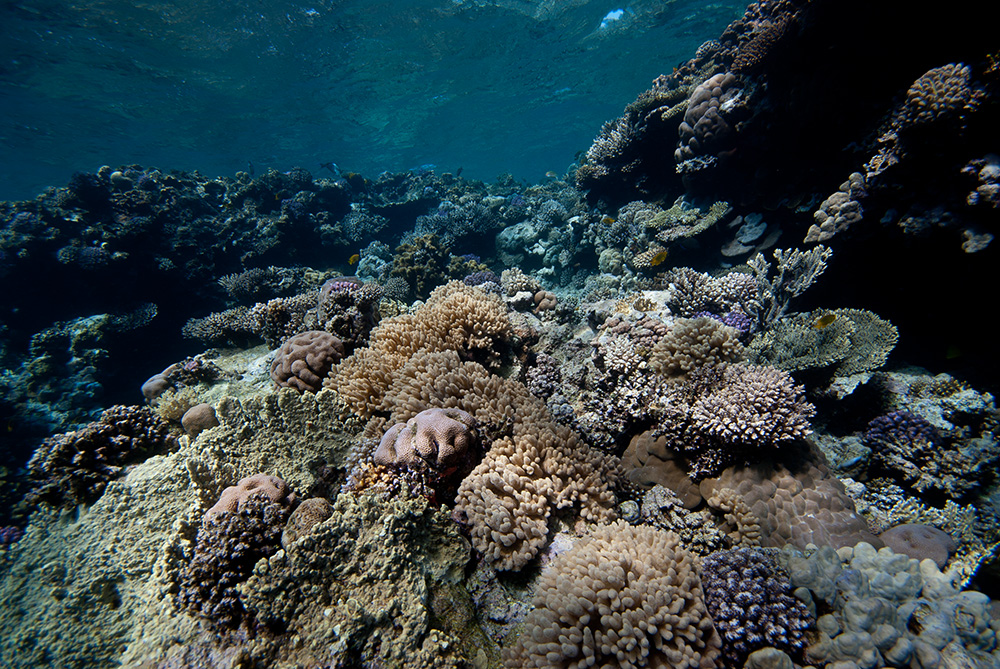 I posted a few images, in an earlier posting, showing some large corals colonies I came across on a dive to a very healthy reef in the northern Red Sea.  I though I should post a few images showing what a more typical reef scene might look like.

I’ve chosen images from the shallows, which I think best represents the coral growth and the colors you find on these reefs.  Very often, divers choose to spend as much time as they can at depth, in the mistaken (in my view) belief that there’s more to see, and I suspect there’s a bit of a macho factor as well.  Nope, for me, unless there’s a specific habitat or species to see, the best underwater scenery and the best reef images are to be found in the top ten meters. 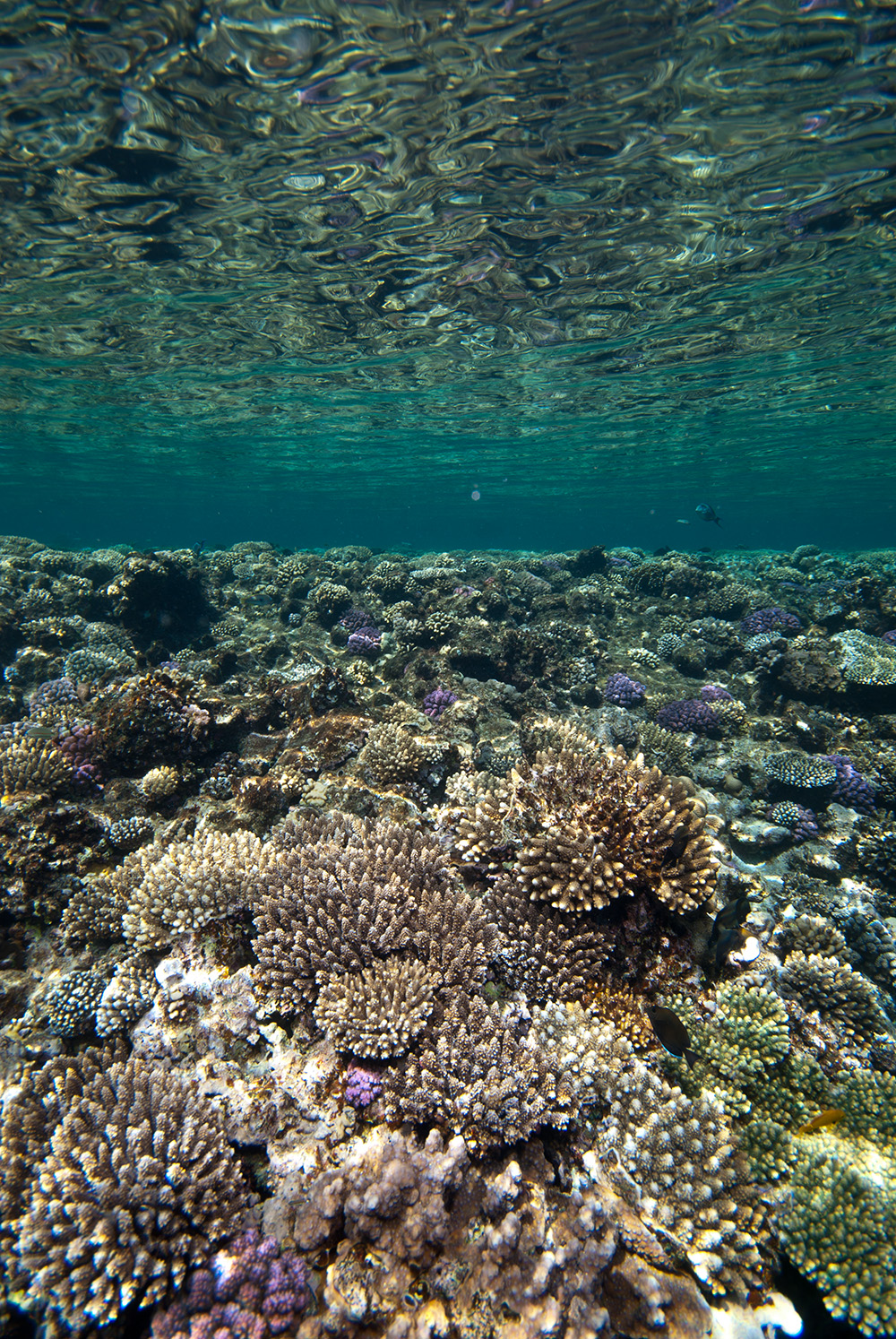 The image above is very shallow, in fact I’m more or less at the surface.  The strong light on this reef flat means I don’t need flash, so these colors are just as you’d see them. 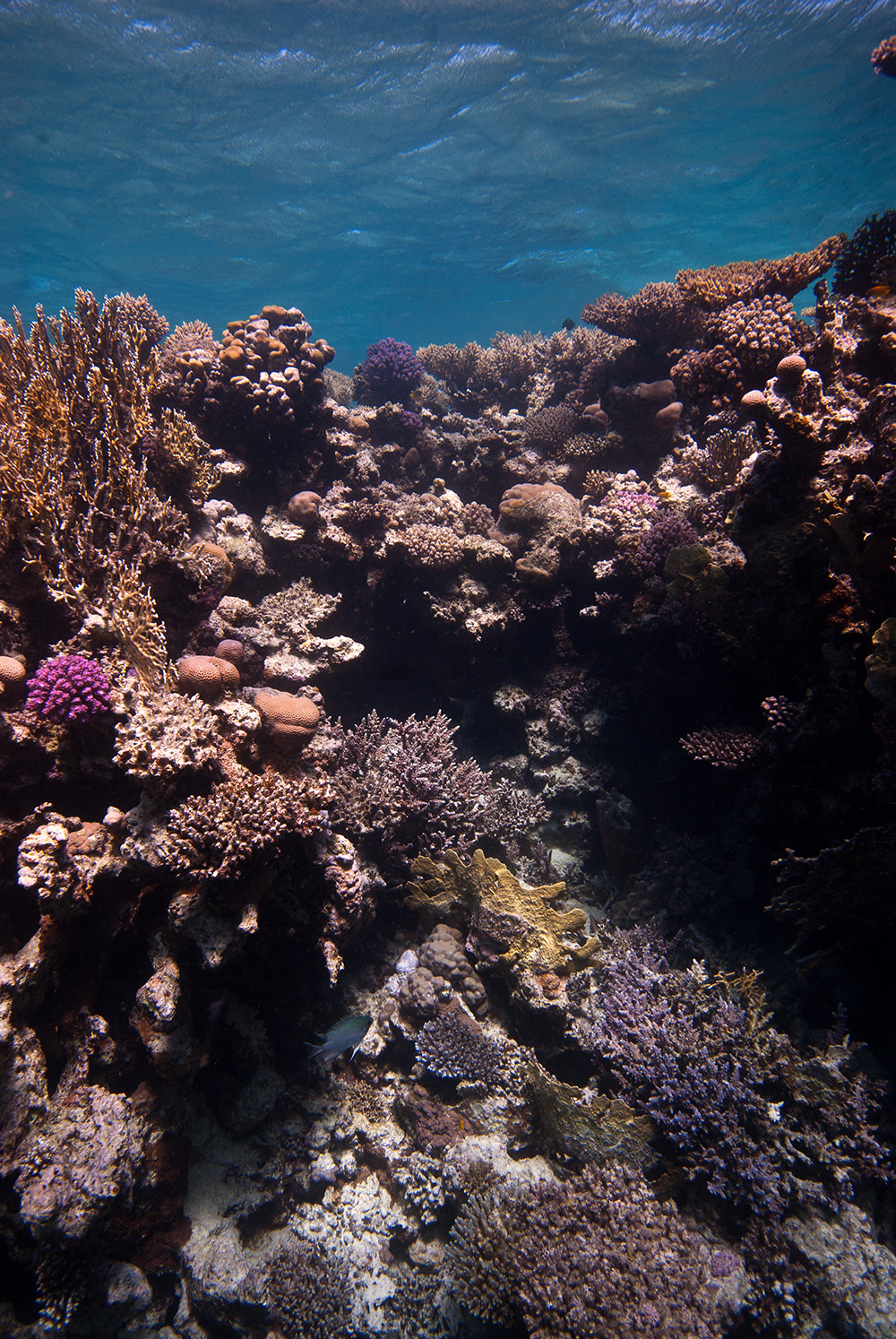 Dropping back a few meters shows the edge of the reef crest.  The reef’s orientation means quite a few areas of shadow can form, making for a very mixed bunch of corals and bare rock. 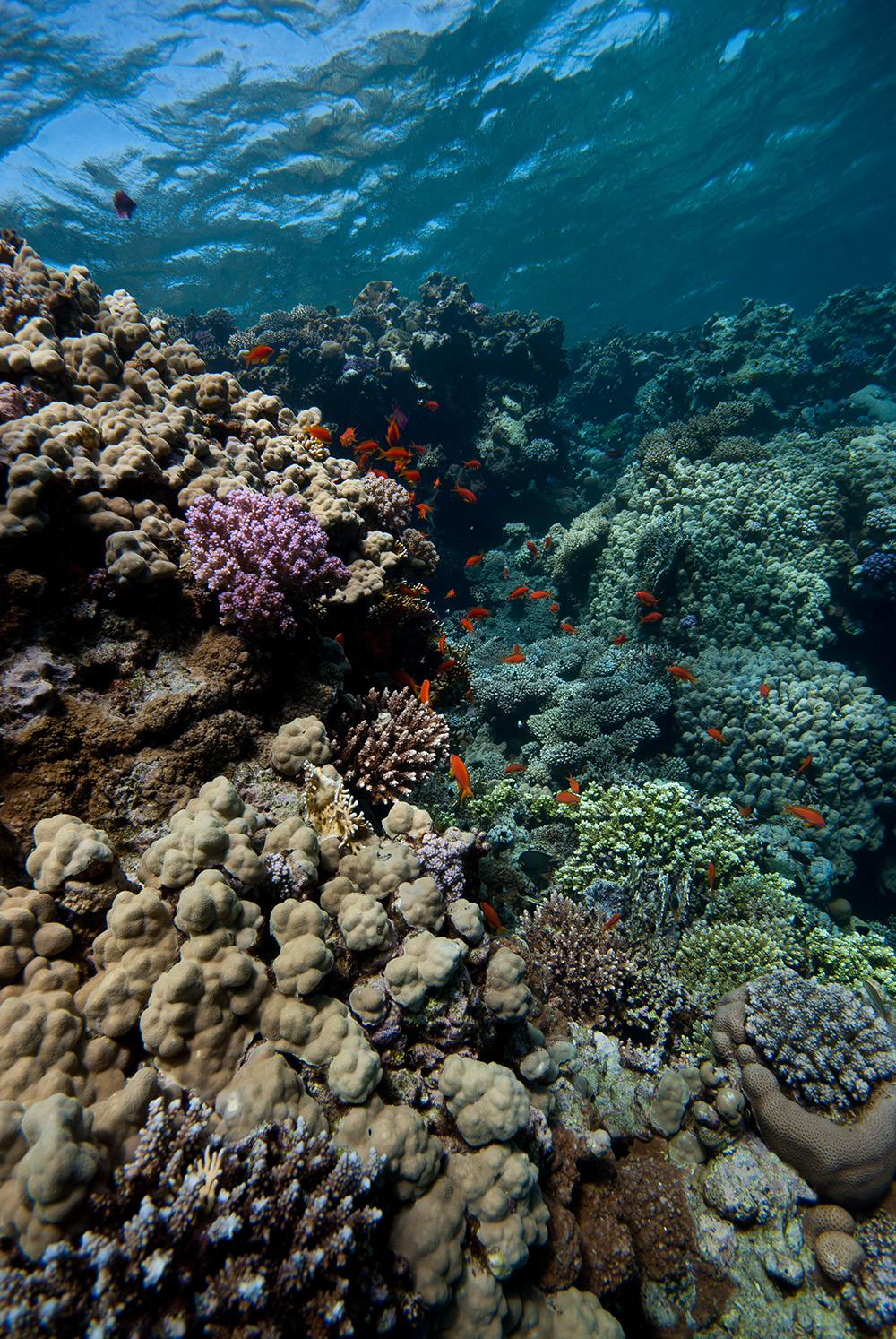 This image shows a reef which receives much more daylight to its flanks, so growth is more even and less top heavy. It’s still very shallow though and features a lovely violet Pocillipora, a common feature.