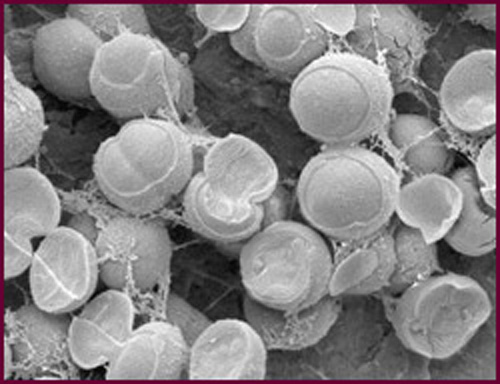 Cyanobacteria through an electron microscope.

At some point or another all aquarists have seen and come into contact with Cyanobacteria.  Even though it is sometimes referred to as “Slime Algae” it is in fact a photosynthetic bacteria and some believe it to be the “primordial ooze” from which life first awkwardly flopped its way into existence.  Its presence on earth can be traced back in the fossil record 3 billion years ago (for reference, dinosaurs roamed 65 million years ago).  Recently, a controversial study started several years ago by one Dr. Paul Cox, a former botany professor at Brigham Young University, has gained momentum as evidence starts to stack in favor of his theory.  Is your life in danger?

Dr Cox believes that a compound created by Cyanobacteria called BMAA (a neurotoxin), when ingested over many years, builds up in our systems and can bring on Parkinson’s, Alzheimer’s, and Lou Gherig’s disease.

For years many scientists were divided over the theory but years of accumulating evidence have brought new validity to his study and now over 20 universities, including Dartmouth, have assigned teams of scientists to help study this.  The current findings show that cases of these diseases are concentrated in areas with a nearby body of water. 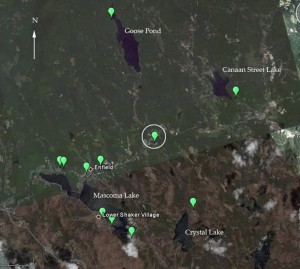 What does this mean for aquarists?  I’m not sure, from what I have read the study doesn’t address physical contact with the bacteria other than prolonged exposure through ingestion.  While I’m sure some of us have accidentally ingested some of the bacteria while conducting water changes or other tank duties, I don’t think it’s on the same level as drinking water from a contaminated reservoir for years on end.  The only bright side to the study is that Dr. Cox believes that only certain people with a hereditary predisposition are at risk.  He believes that only in these individuals with the condition, BMAA is allowed to cross the Blood-Brain Barrier where it can then effect the brain triggering disease.  Regardless of the actual threat to aquarists, I would err on the side of caution and try to keep from drinking tank water more than usual.

Full story here with a video of Dr. Cox for those who can’t stand typed words.