This week we are back in the studio and catch up on all that is going on; Jeremy has a Return Pump and made a solid choice, Peter is back from vacation and ready to take on his tank with all his techy toys and a new idea. All this and more on Episode 69 of the Reef News Network! 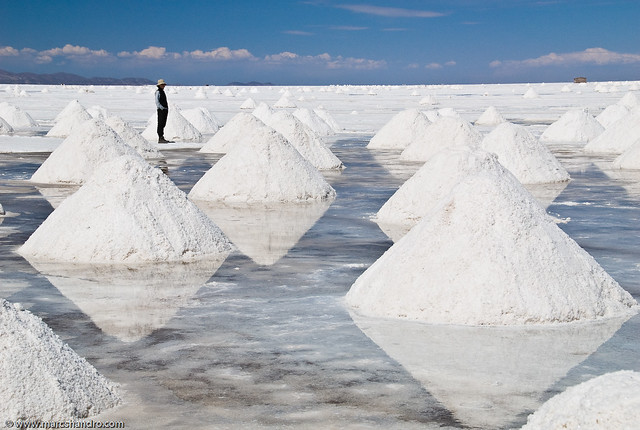 Destined for consumption, salt is gathered, processed and packaged at Colchani on the edge of the Salar de Uyuni, Bolivia. Piling the salt like this helps dry the salt before it is trucked into town for processing.

Jeremy: Shifting Reefs. Coral reefs are retreating from equatorial waters and establishing new reefs in more temperate regions, according to new research in the journal Marine Ecology Progress Series. The researchers found that the number of young corals on tropical reefs has declined by 85 percent — and doubled on subtropical reefs — during the last four decades.

Peter: Peter fills us in on the dismal state of affairs hey found while snorkeling in the BVI.

Main Topic: Stay Salty but…. Don’t be Salty! Salt mixes are likely one of the most hotly debated subjects in our hobby. Everyone has a favorite that is simply the best and there are plenty of Haters out there as well. This week we are going to talk a bit about Salt. We are not going to suggest what is the best fit for you but rather talk about mixes in general, the parameters that several companies advertise, ideal parameters, mixing protocols and tips on making the right choice for your system!