The Mystic Aquarium will always hold a special place in my heart. When my children were young, we had a family membership, and I brought my crazy toddlers there at least once a week.  We marveled at the Beluga Whales, checked in with our favorite sea lion, Boomerang, who stranded himself and was rescued and returned three times before biologists declared him unreleasable, and then visited with the resident octopus, who the kids declared was named “Octi”.  From there, we’d drift from exhibit to exhibit, stopping for long conversations about the animals or installations that caught our attention. We always discovered something new. 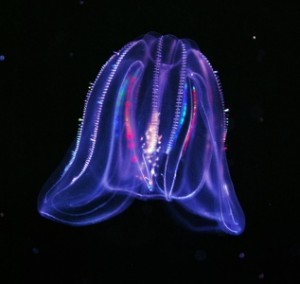 There is a gorgeous new exhibit up, titled “Jellies: The Ocean in Motion”, that I highly recommend seeing. As the aquarium’s website says: “From the outside, this exhibit resembles a 20-foot-tall sea nettle floating on water. Under its dome, special lighting showcases the fascinating features of six jelly species and gives the effect of being underwater.

The aquarium has a good-sized Aquatic Research Department; most of their work is focused on marine mammals.  One of their current projects sounds fascinating, and I wonder if it could have crossover implications for human divers. It’s “Beluga (Delphinapterus leucas) granulocytes and monocytes display variable responses to in vitro pressure exposures”

As the website explains, “While it is widely known that marine mammals possess adaptations which allow them to make repetitive and extended dives to great depths without suffering ill effects seen in humans, the response of marine mammal immune cells to diving is unknown. Renewed interest in marine mammal dive physiology has arisen due to reports of decompression sickness-like symptoms and embolic damage in stranded and by-caught animals, and there is concern over whether anthropogenic activities can impact marine mammal health by disrupting adaptive dive responses and behavior.”